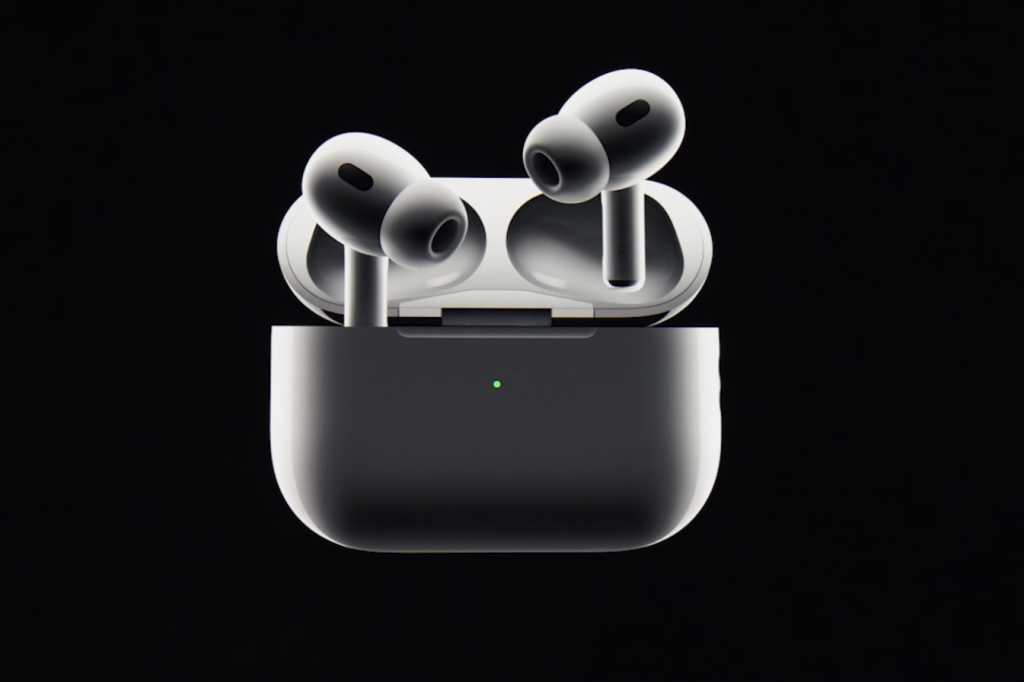 At its Far Out event on September 7, Apple announced several new products, including the next generation of its AirPods Pro earbuds. There’s not much change to the outer appearance, as the updated version still retains the famous stems, but Apple has been busy under the hood with some significant upgrades. Here’s a quick guide to the new features and when you’ll be able to get your ears on them.

At the heart of the AirPods Pro (2022) is the new H2 chip that controls proceedings. Due to its more powerful specs, the Active Noise Cancellation feature on the 2022 model is twice as powerful as the one it replaces.

There’s a new Adaptive Transparency mode that monitors the environment and can adjust the ANC to stop loud noises like passing trucks from spoiling your music. And there’s now an extra-small ear tip, which should ensure that those with more diminutive ears can still enjoy a secure fitting that keeps out any surrounding cacophonies.

The new AirPods Pro feature a new low-distortion audio driver which should offer increased clarity and detail across a wider range of frequencies. This can be further enhanced via the new Personalized Spatial Audio capabilities in iOS 16. By using your iPhone’s TrueDepth camera to scan your head and ears you can create personalized signature audio mixes tailored to you! This will create an immersive depth to the audio landscape that promises to be quite something. (Note that this should be available to all AirPods that feature Spatial Audio already, as it’s part of iOS 16.)

At last, Apple brings volume controls to the AirPods Pro with new swipe gestures that allow you to slide your finger up or down to adjust the level of output from the buds. These of course work alongside the classic tap controls to pause, play, or trigger other simple actions.

With all this quality sound on offer, you’ll be glad to know that Apple has managed to increase the durability of its batteries, with the new AirPods Pro offering up to six hours of playback time from a single charge. This means they offer 33% more charge time than their predecessors, with a total of 30 hours of charge available from the case.

Should you lose the case, then the new precision finding feature will make it easier to track them down again, aided by a speaker that will sound as you approach the unit when you’re searching for it with your iPhone. The speaker also doubles as an indicator for when the battery is charging or getting low on power, thanks to new sounds that accompany the classic LED indicator. You’ll also find a new catch that allows you to clip the case onto a lanyard or keyring, which should help you to avoid losing them in the first place.

One of the simplest but potentially most useful upgrades to the AirPods Pro is that you’ll now be able to wirelessly charge the case using your existing Apple Watch charging puck. It also supports other Qi wireless chargers, so you won’t need to buy a dedicated new power source for your Pros.

The new AirPods Pro will set you back $249/£249 and will be available to pre-order from Apple on September 9, with the release date set for September 23. Apple offers free engraving on the case, which now includes Memoji, so if you’ve ever wanted your cartoon self to give you a smile when you reach for your AirPods Pro, Apple has you covered.