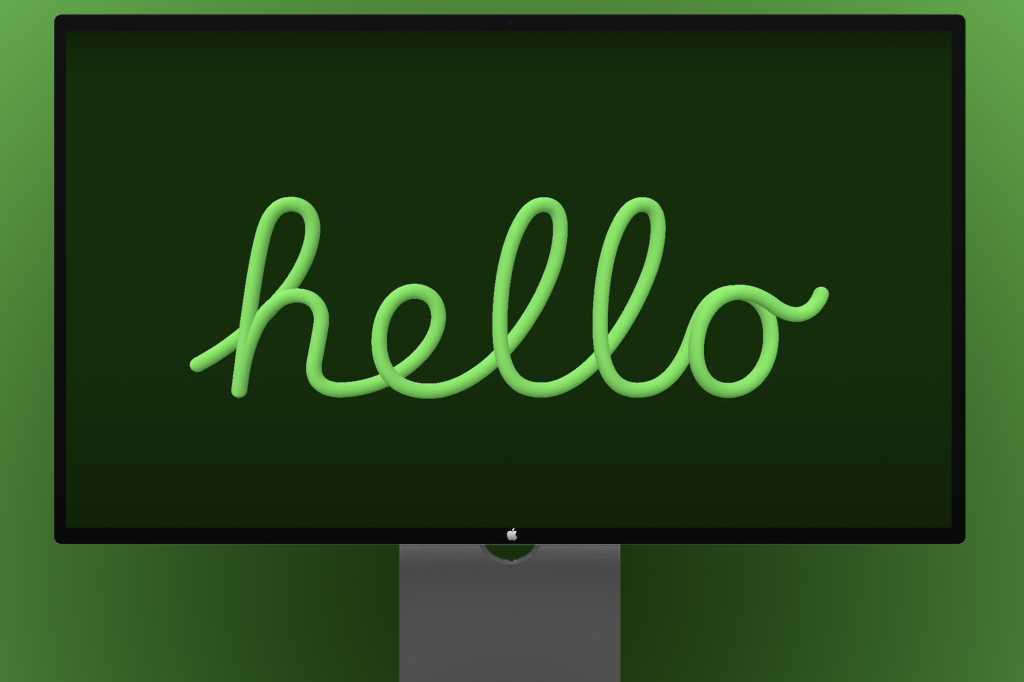 In 2021, the iMac got a major refresh with a spiffy new design and a new M1 processor. At the time, it was a much-needed update to Apple’s iconic line of computers, but not that it’s 16 months later, it’s about time for a new model. And possibly an even better one.

After putting some thought into a new iMac, I concluded that most of the features I’d like to see don’t fit with the current iMac. Instead, I’d like to see a the return of the iMac Pro, which was discontinued last year. When it launched in 2017, it was largely seen as a stopgap between Mac Pro models, but it was an important machine that helped separate the iMac into distinct lines—the 21.5-inch model for budget-minded consumers, the 27-inch model with more screen and power, and the Pro model for the most demanding of users.

Now the only iMac Apple sells is decidedly for regular consumers. Rumors that Apple is working on an iMac Pro come out sporadically, but it’s been a while since we’ve heard anything. When the next iMac update arrives (probably next spring), I’d love to see Apple unveil a new iMac Pro and bring the ultimate all-in-one desktop back to the lineup. Here’s what it should look like.

Obviously, a computer called the “iMac Pro” should have a pro-level processor. The question is, though, which pro processor? Reports from last year speculated that Apple could use the M1 Pro and Max chips in an iMac Pro, and that would make sense given that the current iMac has an M1.

However, that speculation came at a point where it was thought that the iMac Pro would be released this year. With the absence of any new rumors, it now feels like a new model wouldn’t arrive until 2023 or maybe even 2024. And to further complicate the thinking, Apple released the M2 MacBook Air and 13-inch MacBook Pro earlier this year, and the iMac is due for an upgrade to the M2 as well. So the push to 2023 and the M2’s existence can lead to a conclusion that Apple will use an M2 Pro and Max in an iMac Pro.

But then there’s the headless Mac Studio with an M1 Max and M1 Ultra processors that was released earlier this year. The Mac lineup would seem odd if there is a new M2 Pro iMac Pro and the Mac Studio still has also year’s processors, so perhaps the company could also update the Mac Studio at the same time. Updating the Mac Studio only after a year wouldn’t be unusual–reports say that Apple will update the M1 Pro and Max 14- and 16-inch MacBook Pro models after only a year. And back when Apple used Intel processors, yearly updates were a regular thing.

Since we’re speculating here, it’s easy to start thinking more radically. For example, what if Apple kept the M1 iMac for another generation and released an M1 Pro and M1 Max iMac Pro instead? That seems like a possibility to further differentiate between the iMac Pro and Mac Studio. Either way, an M1 Pro or M2 Pro processor will deliver the performance users need.

The Studio Display is the iMac Pro

The Studio Display is bigger (27-inches), brighter (600 nits), and offers a higher 5120×2880 resolution that the 24-inch iMac with 4480×2520 resolution and 500 nits of brightness. However, the Studio Display doesn’t have HDR (high-dynamic range), a high refresh rate, or ProMotion (the ability to adapt the refresh rate based on what’s being displayed). Apple has added those features to its other Pro devices—iPhone, iPad, MacBook—but I don’t expect Apple to add them here. They’re more likely destined for the overdue Pro Display XDR refresh, but that’s a separate topic

All black with no chin

Apple likes to make clear design differences between its consumer- and pro-level devices. To make an obvious distinction between the iMac and iMac Pro (besides the size), Apple could offer the iMac Pro in Space Grey like the original model. but I’d like to see Apple do more than offer pro-only color choices. I’m not an engineer, but based on teardowns of the iMac and the Studio Display, as well as the low power and heat requirements of Apple silicon, it seems like a chinless iMac Pro is possible. Along with that, Apple might want to do something to distinguish the iMac Pro from the Studio Display, like put a small silver Apple logo on the bottom bezel.

Speaking of the bezel, using black bezels on an iMac Pro instead of the white ones from the iMac is something I’d love to see. I personally don’t like the iMac’s white bezels and I bet that black bezels are preferred by pro users.

I’ll double down on that bet by proposing that pro users also prefer the nano-texture glass option available on Apple’s Studio Display and Pro Display XDR, and was also an option on the now-discontinued Intel-based 27-inch iMac. The nano-texture glass has a matte-like finish and does a better job of cutting down glare than the glossy glass of the iMac. Make it an option for the iMac Pro, please, Apple.

Now that we’ve created my perfect iMac Pro on the outside, here are the rest of the specs I’d like to see included with the M1 Pro and M2 Pro chip:

All these features for an iMac Pro would certainly make it a Mac that’s on the higher end of the price scale. Which is fine–the original iMac Pro was $4,999. But Apple silicon changes things—if you buy a base model $1,999 Mac Studio and a base model $1,599 Studio Display, for example, you’ll pay $1,400 less than the price of the original iMac Pro. Apple will likely charge a premium for the all-in-one convenience—likely starting at $3,999 at least—but even so, it’ll be worth the money. And make me very happy.