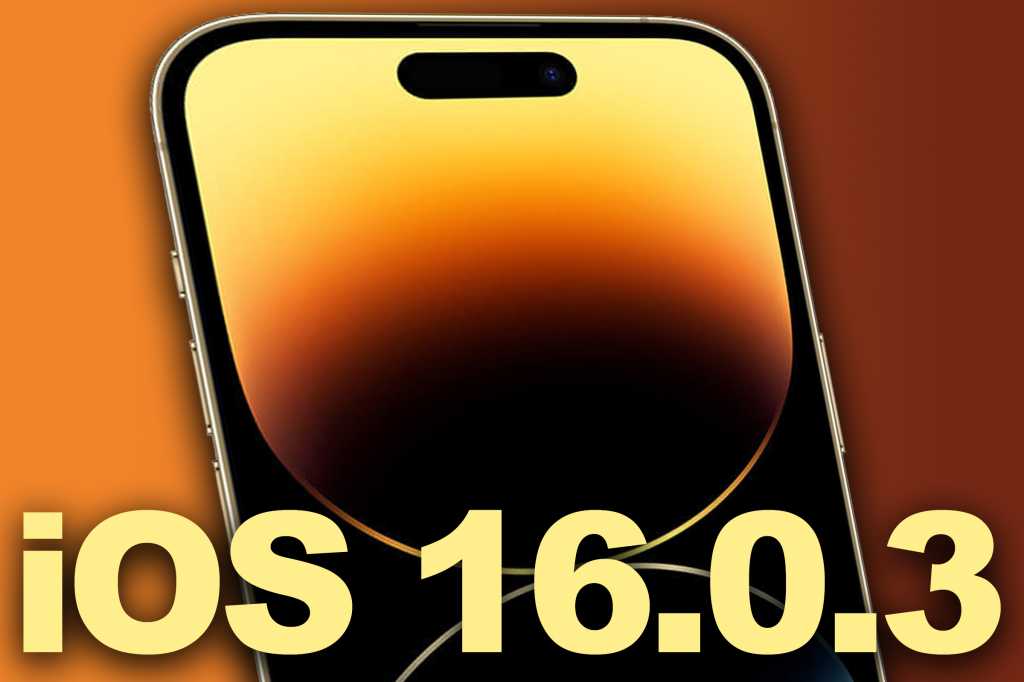 Apple on Monday released a small iOS 16.0.3 update that should be the last before iOS 16.1 arrives later this month. The update includes several iPhone 14 fixes as well as the Mailjack bug.

According to the release notes, most of the fixes pertain to Apple’s newest phones and include “bug fixes and important security updates.” Among the changes are an overdue fix for a slow launching Camera app that has been an issue since the new phones launched on September 16. These are the specific fixes for the iPhone 14 included in the update:

The only security fix listed in the update is for the Mailjack bug that causes an endless loop of crashes when opening a message from an improperly formatted account.

To update to iOS 16.0.3, open the Settings app on your iPhone, open General and then Security Update. Then tap Download and Install and wait for the update to finish.