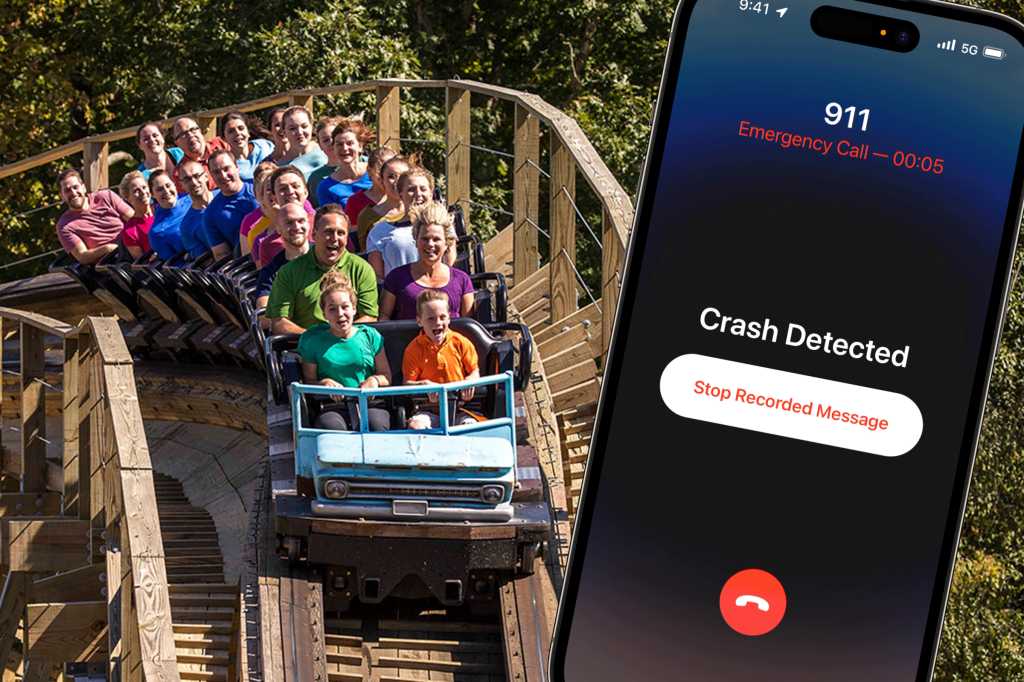 Apple’s newest devices all contain a feature designed to save your life. If you’re in a serious crash, your new iPhone 14 or Apple Watch will automatically dial emergency services and send a message to your emergency contacts with your location.

However, Crash Detection might work a little too well. The Wall Street Journal reports that a woman’s iPhone 14 Pro called 911 and reported that she had been in a severe car crash while riding the Mystic Timbers rollercoaster at Kings Island in Cincinnati, Ohio. According to the Warren County Communications Center, responders were dispatched to the scene after the woman didn’t respond—probably because she was having too much fun.

This story has a happy and somewhat humorous ending, but accidentally calling 911 whenever an iPhone or Apple Watch user is riding a rollercoaster could quickly become a problem. In fact, Warren emergency services reported five other false Crash Detection calls and the Wall Street Journal says the Joker rollercoaster at Six Flags Great America near Chicago has also triggered unwanted calls.

It’s not a problem that’s easy to solve. Crash Detection uses Apple’s newer accelerometer and gyroscope to sense extreme accelerations or decelerations up to 256 Gs, abrupt changes in direction, and extreme sound levels, all things that rollercoasters and car crashes have in common.

“There’s no silver bullet, in terms of activating crash detection,” Apple vice president of Sensing & Connectivity Ron Huang told TechCrunch. “It’s hard to say how many of these things have to trigger, because it’s not a straight equation. Depending on how fast the traveling speed was earlier, [that] determines what signals we have to see later on as well. Your speed change, combined with the impact force, combined with the pressure change, combined with the sound level… it’s all a pretty dynamic algorithm.”

Apple will surely tweak that algorithm with subsequent updates, but it’s unlikely that Apple will be able to cut down on all of the false positives. While it’s certainly reassuring to learn that Crash Detection works as it’s supposed to, thrill seekers might want to take a moment to disable the feature on their devices before strapping into the next ride. Or perhaps Apple can add a Rollercoaster Mode button to the Control Center.