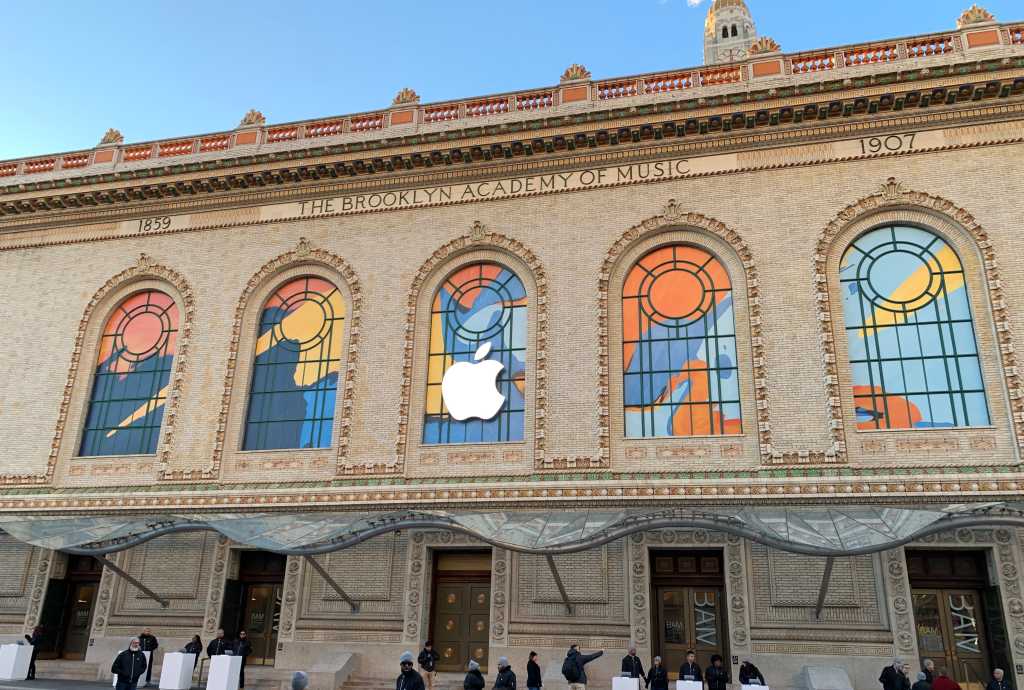 That was never actually true. Even before Jobs’s illness forced other Apple execs into the spotlight, Apple had different levels of product launches. I’ve sat in the front row of a huge crowd of fans at Macworld Expo, way off to the side among raucous Apple developers at the Worldwide Developer Conference (WWDC), in the back row behind VIPs at the Steve Jobs Theater, and crowded into tiny seats with other members of the press at Apple’s old intimate Town Hall briefing center at Infinite Loop. Not to mention weird one-off locations in places like Chicago and Brooklyn. Different events have different flavors.

But when the pandemic arrived in 2020, Apple was forced to rethink things. Live events were impossible to have, so Apple switched gears and began producing video “events” while briefing the members of the media by videoconference.

But now we’re entering a new phase. So far in 2022, Apple has held two “in-person” events at its Apple Park campus. Rumors are strong that more Apple product announcements are imminent. But what will that mean in practice? Is Apple going to invite people to Apple Park again? Will there be a video? Will there only be a press release? It all depends on which tier of Apple product announcement this month’s products fit into.

Apple’s top two events of the year, every year, are WWDC and the launch of the iPhone. The former is important because it’s Apple’s chance to set the agenda for all of its software platforms for the next year. The latter is important because, well, the iPhone is directly responsible for half of Apple’s business and indirectly responsible for even more.

These events, once live, were entirely video-based in 2022, and at this point, I have a hard time seeing Apple ever going back to a full-on stage presentation like what we saw in 2019. Perhaps there will be a live component, but I’d think that even these events will be 80 or 90 percent pre-recorded, if not 100 percent.

However, Apple bringing people to the Apple Park campus for the events shows that the company does want to make a bigger deal out of these events. Bringing a small group of lucky developers on campus for WWDC allows the event to keep its focus without requiring that Apple rent out a convention center and manage thousands of people.

As for the iPhone launch, one of the best features of that event is that all of the physical attendees–media, analysts, VIPs, and the rest–can exit the Steve Jobs Theater and immediately pick up and handle the new hardware. It’s an important part of the job, and by inviting a group, Apple can expose a large number of influential people to their new products in a short amount of time–all more than a week before the products are available in stores.

Not every Apple event has been an all-stops-out affair. All those Town Hall events were definitely second-tier, and the iPad and Mac-themed events in places like Brooklyn and Chicago were similarly reduced in scope. The truth is, nothing is the iPhone except the iPhone. However, even with reduced press interest, sometimes Apple can really benefit by having a large group of people get their hands on the products in advance.

This is a tricky category. The products being introduced need to carry enough weight to make it worth the while of attendees to travel to a venue. They need to be different enough from past Apple products to make the hands-on area worth it. (If all Apple is introducing is computers identical to the previous year’s models but with a different chip inside, the hands-on area is going to be a snooze.)

If the rumors about what Apple has in store for later this month are accurate, it seems unlikely to me that they would reach this tier. As exciting as upgraded M2 laptops and Mac mini models might be, those new chips are better explained in a Johny Srouji video.

The next tier down is for products that are interesting but don’t really rise to the point of requiring a large group to come to Cupertino to use a post-event hands-on area. Examples would be the March 2019 introduction of new iMacs and the November 2019 introduction of the 16-inch MacBook Pro with Magic Keyboard. Both product launches featured “events” of a sort–but they were with members of the media, behind closed doors and under an embargo. The next day, a press release came out, along with stories by those members of the press.

Here’s the one post-pandemic wrinkle: Apple’s gotten very good at making videos, and videos are better than press releases. Last year, Apple held an October event with modest announcements and a video that was less than an hour long. This month’s rumored announcements feel a little more in line with this scenario: A video event announcing new products, followed by behind-the-scenes briefings with invited press.

And then there’s the rest. For less exciting product announcements, Apple probably won’t bother with videos and will just post pictures and words on their press site, the Apple Newsroom. But these days, given Apple’s capability to capture an audience with their expertly-produced videos, I would imagine that this path will be limited to the most minor of product announcements.

In this new era of Apple events, the real question for me is what the threshold is for an announcement that’s worthy of a video event–when Apple invites people a week in advance and streams a video. Is a handful of new Macs and a couple of new iPads worth that? Does tier 3 even exist? I would guess that the answer is yes, but I suppose we’re about to find out.

Maybe I’m just too enthusiastic about Apple’s new video roll-out strategy. But if I were in the shoes of Apple’s marketing folks, I would strongly prefer beaming an hour-long commercial announcement into the eyes of an awaiting public to a press release combined with a bunch of articles and videos from members of the media. After all, we members of the media can’t be relied on to stick to Apple’s messaging–but Apple’s videos can.

In any event–or no event, I suppose–I’m excited to see what Apple’s got cooking this fall. I hope my invitation–in whatever form it takes–isn’t lost in the mail.

Read more about the Apple October Event and whether it will happen here: Apple’s October event: Will it happen and what could launch?