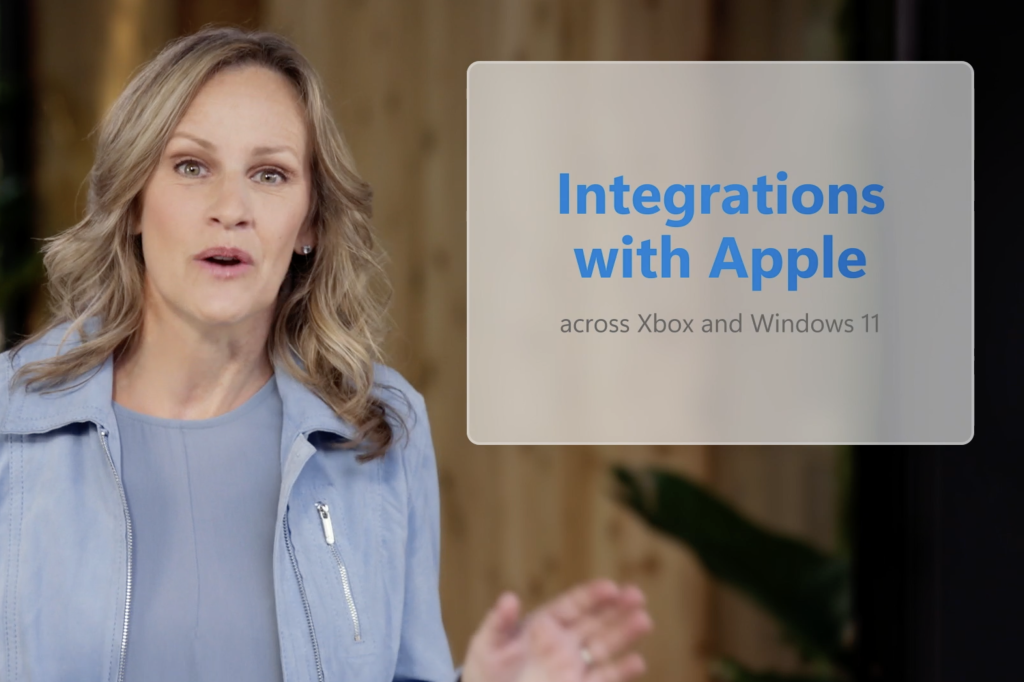 Many of Apple’s services, such as Apple Music, Apple TV, and iCloud for Photos, can be accessed on Windows PCs, but the process isn’t nearly as seamless as it is on a Mac. However, Microsoft announced that it’s going to get a lot easier.

During its Surface event, Microsoft revealed that the Windows 11 Microsoft Photos app will soon have the ability to directly access Apple’s iCloud Photo Library. iPhone users will be able to sync photos and manage their library on their PC just like they can on a Mac.

Update Nov. 9: Microsoft announced that it has begun its rollout of iCloud Photos integration in Windows 11. To get the update, Windows 11 users need to install a Microsoft Store update to the Photos app, as well as iCloud for Windows.

Microsoft also announced that Apple Music and Apple TV desktop apps will be available for Windows sometime next year. That’s a relief for Windows users who have had to access Apple TV+ and Apple Music through the web. The new Apple Music is used for music access, but other services such as podcasts and books still need the iTunes for Windows app.

Xbox users can get the new Apple Music app right now in the Xbox Console Apps Store and use it to play music in the background while playing games. It goes along with the Apple TV app that’s already available.

Apple has made it clear that it wants its Services division to grow, and it is having success with that, with strong revenue growth over the past couple of years. To continue that growth, Apple needs to look beyond its ecosystem and make improvements. While Apple TV, Apple Music, and iCloud for Photos were always accessible by Windows, none of the services offered direct, easy access. These moves should help users who were discouraged by the seeming lack of effort by Apple to optimize access outside its ecosystem.

Editor’s note: This article was originally posted on October 12 to cover the announcement of Windows 11’s iCloud Photos support. It was updated with the announcement that the rollout has begun.