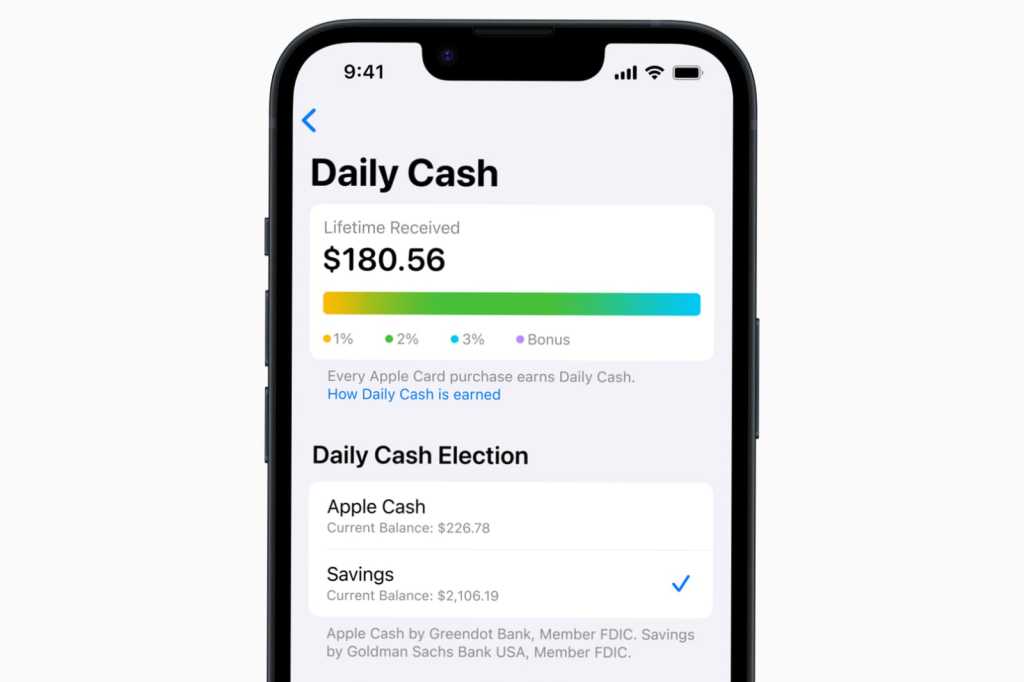 Apple U.S. on Thursday announced a new feature for Apple Card users that allows Daily Cash to be deposited directly into a savings account instead of the Apple Cash card. However, you’ll have to open a new savings account with Goldman Sachs, the financial institution that backs the Apple Card. (At the time of this writing, Apple’s announcement was made in the U.S. only.)

Users will be able to link a bank account to the Goldman Sachs saving account and transfer funds between the two. And the balance is viewable through Apple Wallet.

The press release states that the saving account has “no fees, no minimum deposits, and no minimum balance requirements,” but a footnote states that the Goldman Sachs savings account is available to Apple Card owners who meet the “eligibility requirements.” It’s not clear if the saving account is the same as Goldman Sachs’ Marcus Online Savings Account, which currently carries an interest rate of 2.15%.

Users can manually move their Daily Cash to their own bank account already. To do so, open Wallet, select the Apple Cash card, then tap on the three dots menu in the upper right and choose “Transfer to Bank.”

With Apple Card, users can get 3 percent Daily Cash on Apple Pay purchases at select merchants, otherwise, it’s a 1 or 2 percent return. We have more information about Apple Card in our Apple Card FAQ.