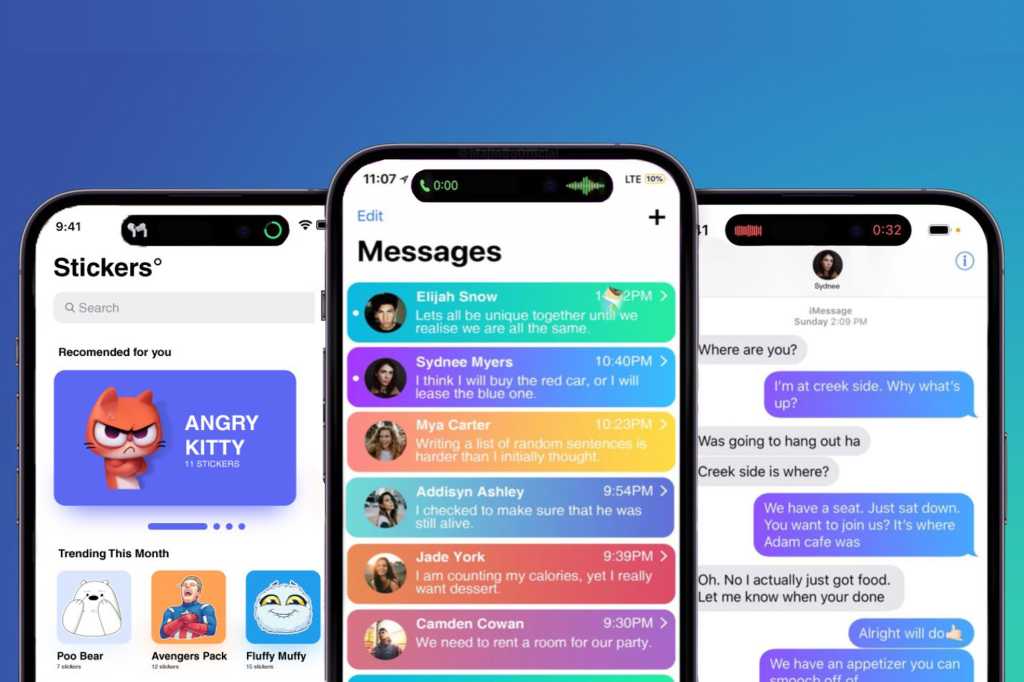 Twitter leaker Majin Bu, who is best known for leaking iPhone and iPad mini cases ahead of launches, has claimed that Apple is working on a “completely renewed” version of Messages to launch next year as part of iOS 17. It would be the first redesign of Messages since iOS 7.

According to Bu, the redesign will accompany the release of Apple’s long-awaited AR headset. Previous rumors have said the headset will focus on “communication” as one of its central tenets. The iPhone will almost certainly be a major component of Apple’s headset and a redesigned Messages app would go a long way toward unifying that vision.

Bu says the Messages app will have a new home screen, but the rumored features go well beyond design changes. The leaker claims the app will gain “chat rooms, video clips, and new chat features in AR.”

Apple has consistently added new features to Messages over the past several years, including Business Chat, editing and deleting sent messages, shared content, stickers, pinned conversations, and inline replies, but it’s stopped short of introducing major interface changes. While the changes here are rather vague, it would represent a massive overhaul for one of the key “lock-in” apps on the iPhone.

Messages has come under fire recently from Google for its lack of support for Rich Communication Services (RCS), but it’s doubtful that the redesign signals support for the standard popular on Android phones. When asked about RCS recently, Tim Cook flatly said, “I don’t hear our users asking that we put a lot of energy in on that at this point.”