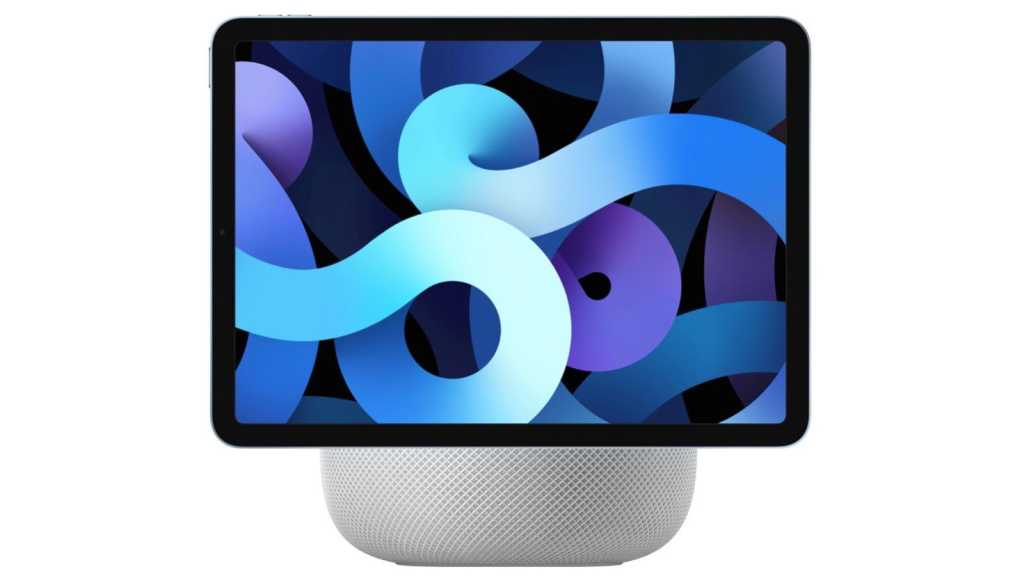 With pundits beginning to fear that Apple’s October product launches could be a snoozefest, it’s pleasing to hear that something a bit out of the ordinary for Apple is in the pipeline: a new dock accessory that will transform the iPad into a HomePod speaker and home hub.

Mark Gurman, the prolific leaker and Bloomberg columnist, has claimed in the past that Apple is working on a new product category to challenge Amazon’s Echo Show and similar smart speaker hubs: devices that would combine elements of the iPad, HomePod and Apple TV. These products would offer a high-quality speaker, a screen, voice activation and the ability to control an ecosystem of smart-home devices and accessories.

Gurman still thinks this is on the way, possibly as arriving “as soon as 2023.” In his latest Power On newsletter, he predicts that the company has devised a simpler and quicker route to the same market using a device with “similar functionality” to Google’s upcoming tablet dock.

Following an approach reminiscent of Nintendo’s Switch, which can act as either a stationary games console connected to a monitor or as a portable handheld, Apple’s in-development docking accessory would enable an iPad to turn into a home hub when connected, without committing the owner to a fully house-bound product. Gurman reports that the concept is “an iPad docking accessory” that would “offer something that users can place on a kitchen counter, in the living room or on their nightstand.”

Apple has been eyeing up the home hub market for years, but never seems able to decide what product to base its strategy around. The HomePod is limited by its lack of a screen and generally disappointing smart features, while the Apple TV is dependent on additional products; the killer home product would combine elements of both. With Amazon and Google dominating the market, Apple needs to move fast if it isn’t to be left behind.