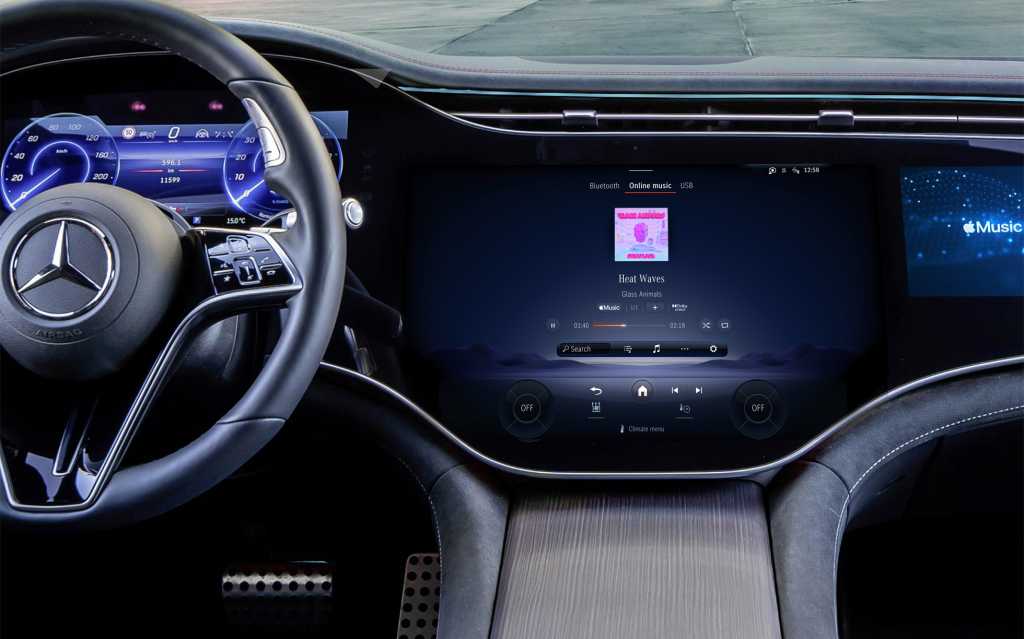 Apple has announced the first non-Apple devices to support Spatial Audio with Dolby Atmos when listening to Apple Music–and it’s Mercedes-Benz cars. More specifically, it’s those vehicles with the MBUX infotainment system in Mercedes-Maybach models, the EQS and EQS SUV, as well as the EQE and the S-Class. In other words, certain Mercedes luxury vehicles produced within the last two years or so.

That’s really all there is to this announcement: If you have one of the supported cars and subscribe to Apple Music, you can listen to your favorite songs in Spatial Audio. It might require a software update to your MBUX system.

But no press release from either Apple or a luxury auto company would be complete without some excellent hyperbole, so a joint release from both is full of flowery language about how groundbreaking this is. Apple’s VP of Apple Music and Beats, Oliver Schusser, is quoted as saying, “Spatial Audio is revolutionizing the way artists create and fans listen to music, and it’s an experience that is impossible to explain in words; you have to hear it for yourself to appreciate it.” The release claims this update equips these cars “with studio-quality sound better than in any concert hall, and giving drivers a fully immersive listening experience with unparalleled, multidimensional sound and clarity.”

Hilariously over-the-top hyperbole aside, this is an important step for Apple, as it takes the company’s Spatial Audio technology to non-Apple (or Beats) devices for the first time. And there is nothing in the release to suggest that this deal is exclusive, so we wouldn’t be surprised to see other auto makers announced in due time.

Oh, and if you’re one of the lucky ones to get it, check out Apple’s new “Driving in Spatial Audio” playlist, embedded below.