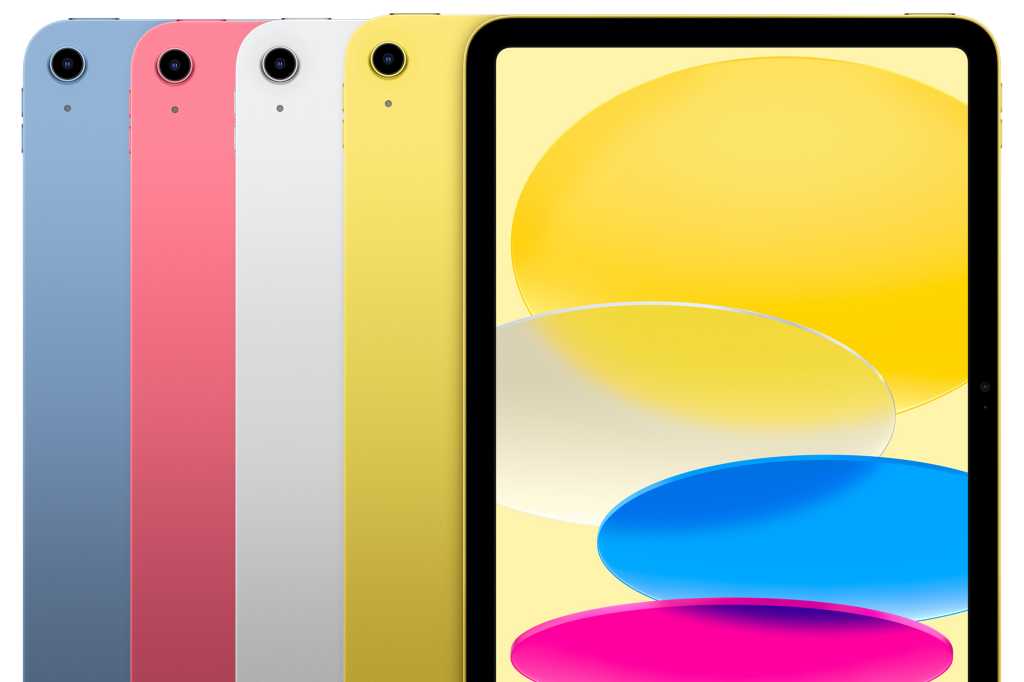 Apple on Tuesday announced an all-new version of its entry-level iPad with a slew of dramatic improvements: a new Home button-less design, significantly larger screen, improved processor and cameras, and a USB-C port. However, all that newness also brings a new higher price starting at $449.

Measuring 10.9 inches, the screen of the new iPad matches that of the current iPad Air. Gaining 0.7 inches on the previous 10.2-inch model, this is the largest jump in screen size Apple has ever announced for its baseline iPad. The 7th through 9th generations measure 10.2 inches, and all previous models were 9.7 inches.

Impressively, the larger screen doesn’t come with a corresponding increase in chassis size, because Apple has removed the Home button and put Touch ID in the power button. The new iPad is a little wider than its predecessor (179.5mm, up from 174.1mm) but it’s fractionally shorter and thinner and weighs either 10g or 17g less, depending on whether you go for the cellular model.

It’s worth noting that Apple is also marketing the screen differently for this generation, giving it the Liquid Retina rather than plain Retina branding, meaning it has rounded corners. However, it’s still the standard LED tech, and while the resolution is higher, it’s spread over a larger area so the pixel density remains the same as on the 9th-gen model. And it still doesn’t have a fully laminated design, so the glass isn’t as thin or close to the screen.

The processor has been bumped from last year’s A13 Bionic to an A14 Bionic, which has twice as many cores in its Neural Engine, and you can expect a noticeable bump in performance over a 9th-gen model, and certainly over anything older. It still won’t match the higher-end Apple tablets: the iPad mini moved to the A15 as early as last September, and the iPads Air and Pro now use M-class Mac chips. But for day-to-day use this shouldn’t let you down.

(You can get an idea of how the A14 compares to the A13, as well as to more state-of-the-art chips, in our detailed comparison article.)

The cameras are improved too. The rear-facing camera has gone up from 8MP to 12MP, while the aperture exposure has also increased, from f/2.4 to f/1.8. The iPad now features Smart HDR 3, the Apple tech designed to comp together elements of multiple exposures using AI, in order to tackle challenging lighting conditions. (We’ve been impressed when testing the various iterations of Smart HDR for iPhone reviews, and it can be transformative when shooting a detailed subject in shadow with a bright background. But again it’s worth mentioning that this isn’t the very latest tech, with the iPhones having upgraded to Smart HDR 4 in 2021.) The iPad can also now shoot 4K video for the first time.

What else? There are new colors: the 10th-gen iPad comes in vibrant pink, blue and yellow, as well as silver. These are the brightest colors we’ve yet seen on an iPad, putting the more muted purples and pinks offered with the latest iPad Air and mini in the shade. (It’s also, curiously, the first iPad we can remember that didn’t offer some sort of black or gray finish. Apple is truly committed to the colorful philosophy for these new tablets.)

The cellular options are now equipped with 5G rather than LTE, and Apple has completed the set when it comes to transitioning the iPad range to USB-C. The 9th-gen entry-level iPad was the last Lightning holdout (at least among the iPads)… although technically it still is, since Apple is keeping it on sale at the same $329 price in the U.S.

It also still uses the first-generation Apple Pencil, which presents something of a problem. Since the new iPad uses USB-C for charging and the original Apple Pencil has a Lightning connector, you’ll need a USB-C to Apple Pencil Adapter for charging. Apple is graciously including one in the box with Apple Pencil purchases but when you inevitable lose it, it’ll cost $9. There’s also a new Magic Keyboard Folio with a full-sized keyboard and built-in trackpad for $249.

Now we get to the prickly question of price. And readers of a squeamish disposition may want to look away now, because the numbers have gone up a lot, especially for customers in the U.K. The 10th-gen iPad starts at $449/£499, whereas the 9th-gen model started at $329/£319 when it came out. That’s a 36 percent increase in the US, and 56 percent in the UK. Even with a bigger screen, that’s tough to swallow.

And here are the updated prices for the 9th-gen iPad, which remains on sale and has actually got more expensive in the UK, which gives an idea of how things are moving price-wise.

Why no press event?

There’s long been a tradition at Apple HQ for new iPhones to emerge in September and iPads to appear in October, and this announcement does not come as much of a surprise. What was less expected, until a warning from Mark Gurman at the end of September, was for Apple’s October launches to be announced so quietly: Instead of the anticipated press event, the company simply emailed media outlets with the details of the new products.

This is particularly surprising because Apple doesn’t seem to be short of things to talk about: along with this new iPad there’s a new iPad Pro and a new Apple TV, and new Macs are heavily rumored to follow. Gurman’s theory was that none of the new products are interesting or groundbreaking enough to justify an event, but as we’ve argued elsewhere even a dull Apple event is better than no event at all. And the changes outlined here are pretty substantial and certainly would have held their own at an event.