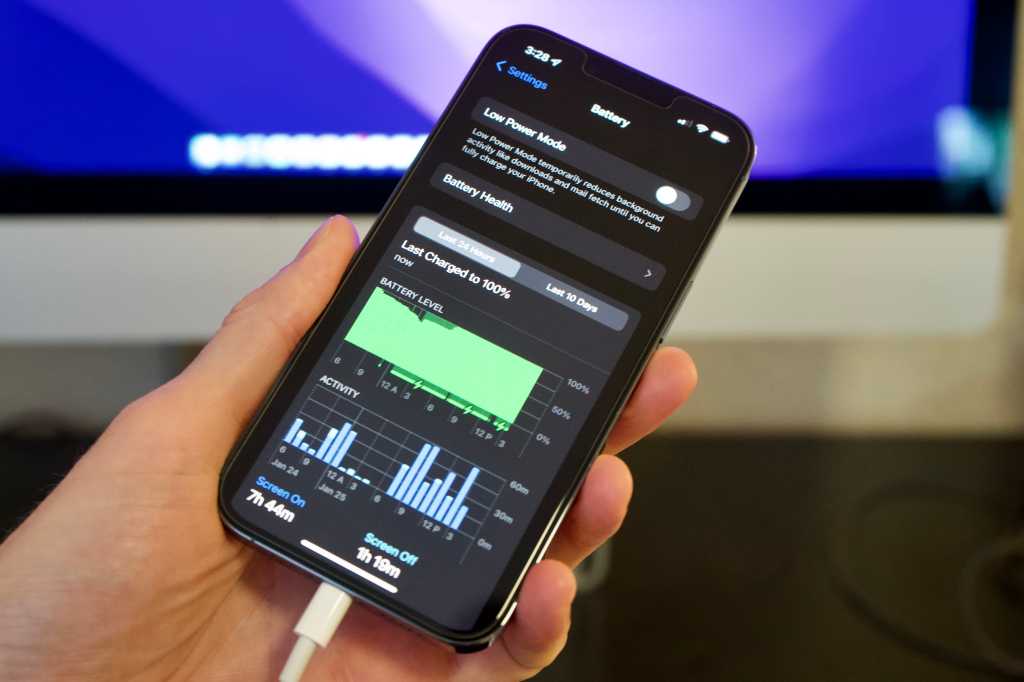 They may have different nighttime routines, but there’s one thing iPhone users have in common: They charge their phones overnight. Whether it’s a Lightning cable, MagSafe stand, or wireless charging mat, most people have a charger on their nightstand so they can wake up to a fully charged iPhone.

But according to TikTok user Shomes (Shoandtech), that’s not the best way. The video shows Shomes with an iPhone 13 Pro that he’s had since September 2021 with a maximum battery capacity of 100 percent. He also has an iPhone 12 Pro that’s still at 100 percent. The secret? He rarely changes his iPhone overnight.

Even with Apple’s optimized battery charging—which learns from your daily charging habits to improve your battery’s lifespan—an iPhone battery is expected to lose roughly 10 percent of its maximum capacity in a year. Apple says that an iPhone battery “is designed to retain up to 80 percent of its original capacity at 500 complete charge cycles when operating under normal conditions,” but regular overnight charging accelerates that degradation.

If you charge your iPhone overnight for eight or so hours, that stresses it more. Even with optimized charging, the battery is still taxed after it reaches 100 percent, so by leaving it charging overnight when it doesn’t need it, you’re putting undue strain on the battery. Apple started showing battery health on the iPhone after it was forced to offer a battery replacement program over reports of iPhone throttling.

Shomes recommends charging your iPhone as it needs it. If you go to sleep and it has a 40 or 50 percent charge, leave it. Then charge it some time during the next day when it gets into the red. That way, the battery won’t be stressed, and its health will last way longer than it will when overnight charging.

But old habits die hard. And we like waking up to a fully charged phone on our nightstand every morning.