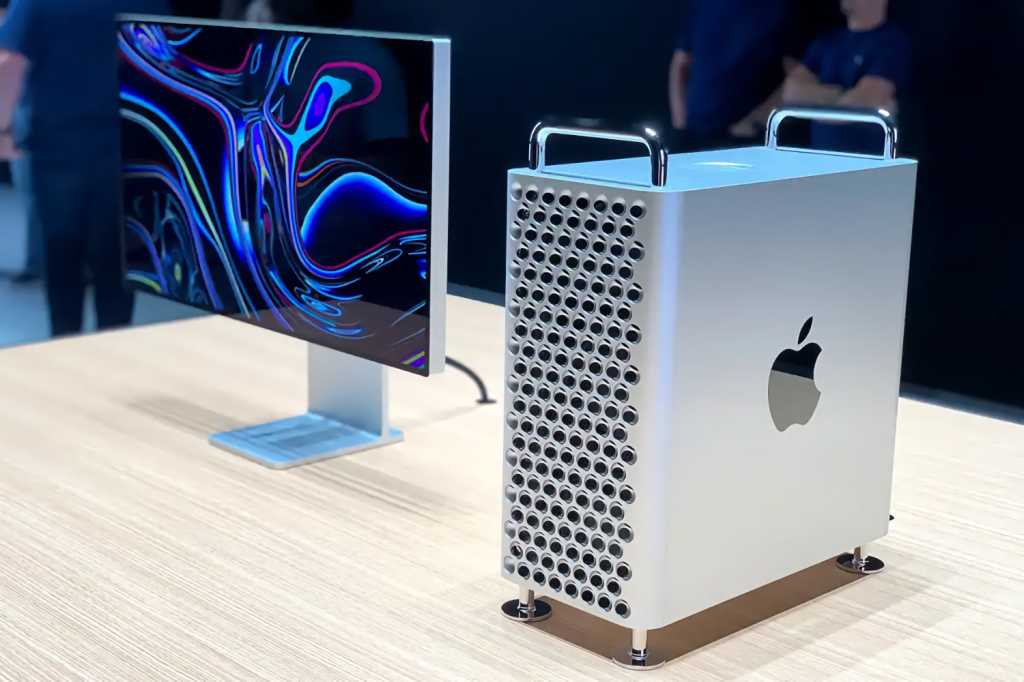 As we wait for new M2 MacBook Pros and Mac minis to arrive, there’s one machine that still looms over the completion of the Apple silicon transition: the Mac Pro. We don’t know much about it, but a new report confirms one important thing about Apple’s upcoming workstation: It will have the most powerful Mac processor ever made.

In his latest Power On newsletter, Mark Gurman spills some details about the Mac Pro’s M2 Ultra processor, which “will include chip options that are at least twice or four times as powerful as the M2 Max.” He claims that configuration options will offer 24- and 48-core CPUs, 76- and 152-core GPUs, and up to 256GB of memory.

Gurman doesn’t say when the new machine will arrive, but it’s running macOS Ventura 13.3; given that macOS 12.3 Monterey arrived in March right around the time of Apple’s “Peek Performance” event, this suggests a spring release. During that keynote, Apple’s senior vice president of Hardware Engineering, John Ternus, teased the launch of the Mac Pro for “another day.”

Now it looks like that day will fall outside of the promised two-year completion of the Apple silicon transition. Apple has just a few weeks to deliver Apple silicon updates to its remaining Intel Macs—the Mac Pro and high-end Mac mini—and it’s unlikely to deliver both. However, based on the leaked specs here, it will be worth the wait.