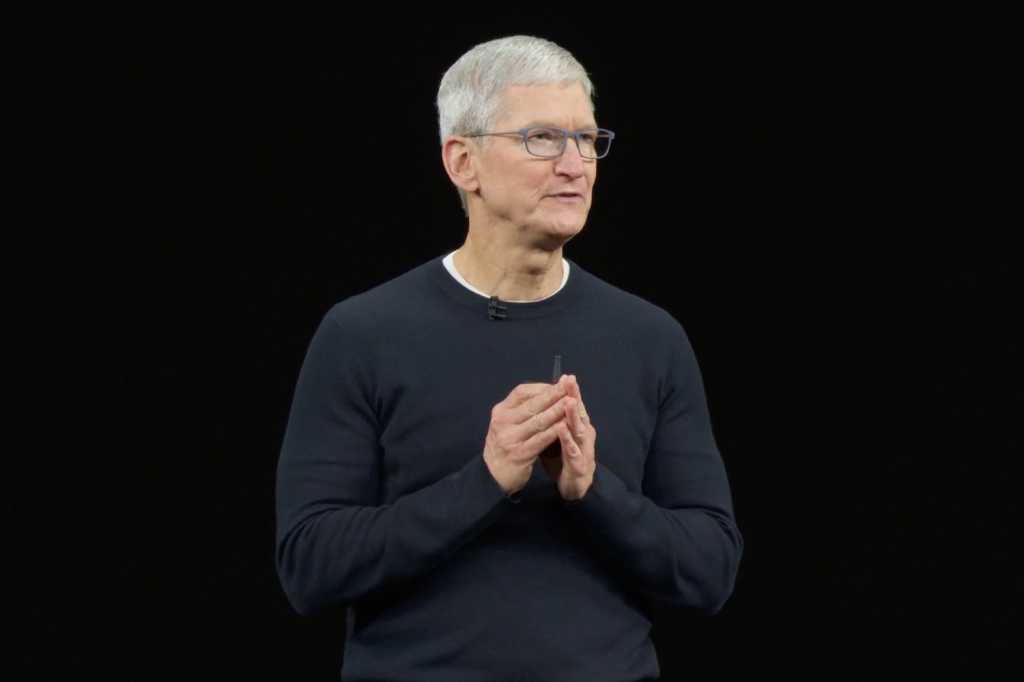 On Thursday, Apple announced its fiscal fourth-quarter results, and the results were predictable–another record quarter. But of course, Wall Street had already anticipated all of this and had moved on to deciding that a lot of Apple’s growth was not quite as growy as they expected. It happens.

Still, from the broader perspective of looking at Apple’s financial disclosures as indicators of how Apple is doing as a business, there were interesting tidbits amid the stacks of cash and the wailing of financial analysts seeking endless growth. There always are.

Apple loves all its legally mandated revenue disclosure lines equally, of course, but the ones that allow it to show growth to Wall Street are more equal than the others. So it has been with Services, which has been on an upward track for seemingly forever.

But Services has hit a bit of a roadblock, with total revenue in the category (which covers Apple TV+, Apple Music, and the like, but also the App Store and AppleCare) actually decreasing sequentially over the last two quarters. More shocking, perhaps, is the 5 percent year-over-year growth in a category that’s almost always in the double digits. It’s the lowest year-over-year growth number in the category in the decade we’ve been tracking Services revenue.

It can’t be great for Apple’s engine of growth to stall out, but the company says there’s no reason to get upset because the services business is especially affected by the strength of the U.S. dollar. It makes sense when you think it through: Apple sets prices for services in local currencies and doesn’t change them when the exchange rates change. So when Apple TV+ debuted in the U.K., it was £4.99, or $6.41 per month. Today, that would only be worth $5.73 per month back home. This is being repeated in almost every territory Apple does business in, and it’s a drain on the Services business more than any other.

“We achieved double-digit constant currency growth in Services on top of growing 26 percent during the September quarter a year ago,” Apple CFO Luca Maestri said on Thursday. Yes, that’s right–if all currencies were lashed together and no longer floated, Apple’s year-over-year services growth would have been at least double what it was.

However, there were soft spots, Maestri said. Game revenue in the App Store is apparently flagging, which seems like it might be a side effect of people going out more rather than staying home during earlier stages of the pandemic. And digital advertising was also soft.

Ironically, during a week when Apple was widely criticized for littering App Store pages with ads for gambling apps, CEO Tim Cook’s only statement about the company’s ad business was to downplay it. “Our specific advertising business is not large relative to others,” he said. “We don’t release the exact numbers on it, but it’s clearly not large.” Is that a threat or a promise?

Return of the Mac

I was just about to start my time at Macworld when Steve Jobs came back and made the deal with Microsoft and launched the Think Different campaign and managed to make that job not the Bad Career Move it was starting to seem in the depths of 1997.

Look at the Mac now. I just want to stop and admire, once again, the fact that this 36-year-old computing platform once again had its best quarter of all time. Apple sold $11.5 billion in Mac hardware in the fiscal fourth quarter, breaking the old record by a cool $600 million. Revenue was up 25 percent over the year-ago quarter.

It’s pretty awesome, but there’s a catch–the quarter was this good in part because last quarter (7.4 billion in sales, the Mac’s weakest quarter in more than two years, down 10 percent from the year-ago quarter) was so bad. Here’s what happened: COVID shutdowns in Shanghai made it impossible for Apple to assemble Macs for a month or two, and it meant that last quarter, the company wasn’t able to fulfill demand. (If you tried to buy a Mac Studio this spring, you might remember your eyes popping out at the wait times.)

This quarter was the one where the Mac settled all family business. According to Cook and Maestri, Apple was able to satisfy all the pent-up demand from that previous quarter, fill the channel for the current quarter, and fulfill increased demand thanks to the launch of the new version of its most popular Mac, the M2 MacBook Air.

So it was a very good quarter for the Mac. The best, in fact! But let’s also remember that it’s partly because last quarter was so bad.

When I started writing these pieces about Apple’s results many years ago, I used to joke about how much cash Apple had on hand because the number kept growing. We’re talking billions of dollars just sitting around because the company was making money so fast it just couldn’t spend all of it.

That joke faded away when Apple declared its goal of reaching a cash-neutral position in the future and began more aggressively buying back stock and paying out dividends to shareholders. And indeed, Maestri said on Thursday that the company had bought back $550 billion in stock. In just this quarter, it paid out $3.7 billion in dividends and spent $25.2 billion in open-market stock repurchases.

And yet Apple divesting itself of its cash seems like a Sisyphean task. As Maestri admitted today, during the quarter, Apple did $111 billion in free cash flow, and net cash was still $49 billion at the end of the corner. This is actually progress, as at its height Apple’s cash hoard broke $100 billion.

“We continue to make progress toward our goal of becoming net cash neutral over time,” Maestri said again. It was the sound of a man who just can’t spend the money fast enough–Luca’s Billions, let’s call it. Cook did point out that Apple is buying companies at a rate of one acquisition per month, so at least they’re unloading some of that cash on intellectual property, talent, or “preferably both,” as Cook put it.

Still, $49 billion in cash. Apple could buy Nintendo for that. (Not that it will.)