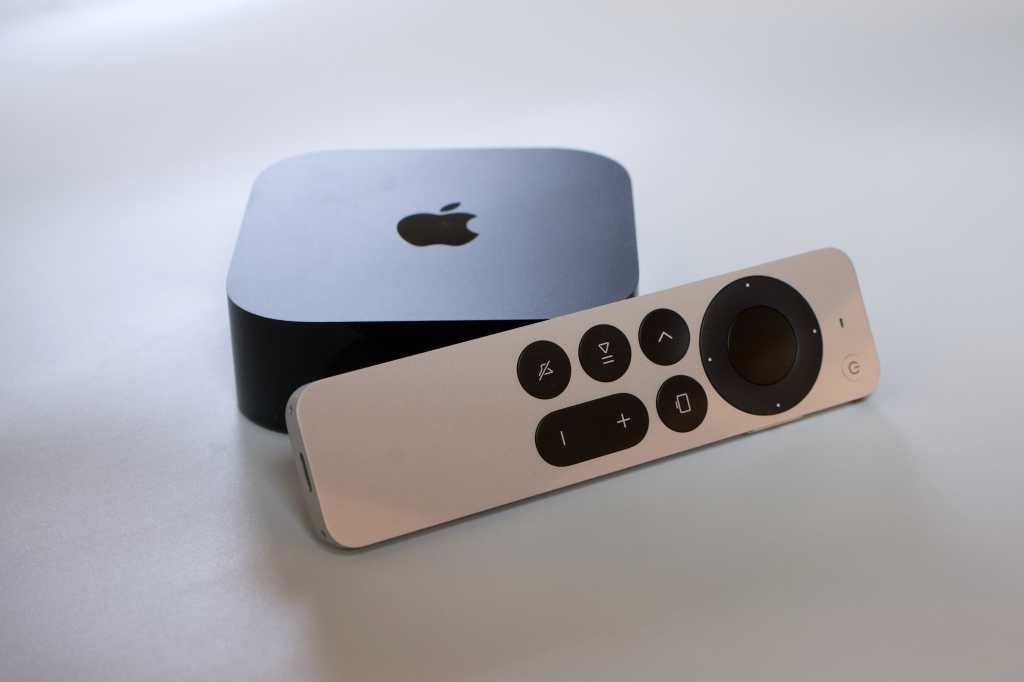 Apple has the best streaming box in the business, especially for those who use other Apple products. The new model is better in only subtle ways with a welcome new lower price, even if it’s still not as inexpensive as it needs to be.

Apple has the best streaming box out there. It’s the fastest and most responsive, with the best audio and video quality (support for both Dolby Atmos and Dolby Vision), and with the update in 2021, it finally has a great remote, too. The operating system works well, shows are consolidated neatly in the TV app for most major services (with the notable exception of Netflix), and the Siri voice commands are for the most part convenient and reliable. If you use other Apple products, the synergy between them makes it even more delightful to use.

Unfortunately, the Apple TV 4K has also maintained its spot as the most expensive of the popular streaming platforms–by far. With a starting price of $179, it was easily three or four times the price of the best streaming boxes from Roku, Amazon, or Google.

The new third-generation Apple TV 4K makes a number of minor but welcome improvements, most of which won’t make much of a difference in your day-to-day use. But it also comes with a much reduced price–$129 for the 64GB model and $149 for the 128GB model. That’s a $50 reduction in price for a product that is better than the one it replaces. In today’s world of inflation and higher prices, it’s nice to see a product–an Apple product of all things–going in the opposite direction.

While it’s still far more expensive than its contemporaries, the third-generation Apple TV 4K is at least a better deal than ever, and easier than ever to recommend.

The new Apple TV 4K is more or less just like the second-generation model it replaces. It’s physically smaller now and operates without a fan (not that you would ever hear the fan on the old model). It’s still a small, rounded black glossy square that fits neatly in your AV setup.

The processor has been updated from an A12 to an A15, a substantial leap in performance. But the A12 already handled every video app with ease and scrolled through photos or music tracks without hesitation. You’ll only really notice the difference in performance if you play games on your Apple TV, which doesn’t appear to be a very popular activity.

Storage has doubled on each model–the $129 version now has 64GB, and the $149 has 128GB. Again, this matters most to those playing premium games on their Apple TV, as most media apps easily fit in the old 32GB limit with room to spare. Still, more is good and leaves room for the future.

The remote hasn’t changed much since its upgrade in 2021, but the Lightning charge port on the bottom has been replaced by a USB-C port, another welcome change.

In terms of technical capabilities, the only significant difference is the addition of support for HDR10+. That’s mostly a Samsung-specific upgrade to the standard HDR10 format that allows for unique metadata per video. Dolby Vision, supported since the first-gen Apple TV 4K, is a more widespread and superior format.

In other words, there’s no reason to upgrade if you have the second-generation Apple TV 4K unless you’re in the very narrow group of users that plays premium games on your Apple TV 4K and frequently find yourself annoyed by poor performance and limited storage space.

An improved price, but still too high

If you don’t have an Apple TV 4K, this update is your best excuse to get one. The improvements may be relatively minor, but the starting price is now $129, about 28 percent less than before despite the more powerful processor and double storage.

You should note that the $129 model does not have an ethernet port or support for Thread networking, but the $149 model with 128GB of storage does. That’s probably worth the $20 difference in price, even if you don’t think you’ll need those things right now.

So the story of the third-generation Apple TV 4K is much the same as the last two generations: This is the best streaming box, especially for those that have an iPhone or other products in the Apple ecosystem, but it costs more than twice what the competition does. Yet the hardware refinements make this an even more clear-cut winner for the crown of best streaming box, and the reduced price, while not where it really needs to be, offers better value than before.

There’s no need to upgrade if you already have an Apple TV 4K, but this is probably the best time to jump on board if you don’t.