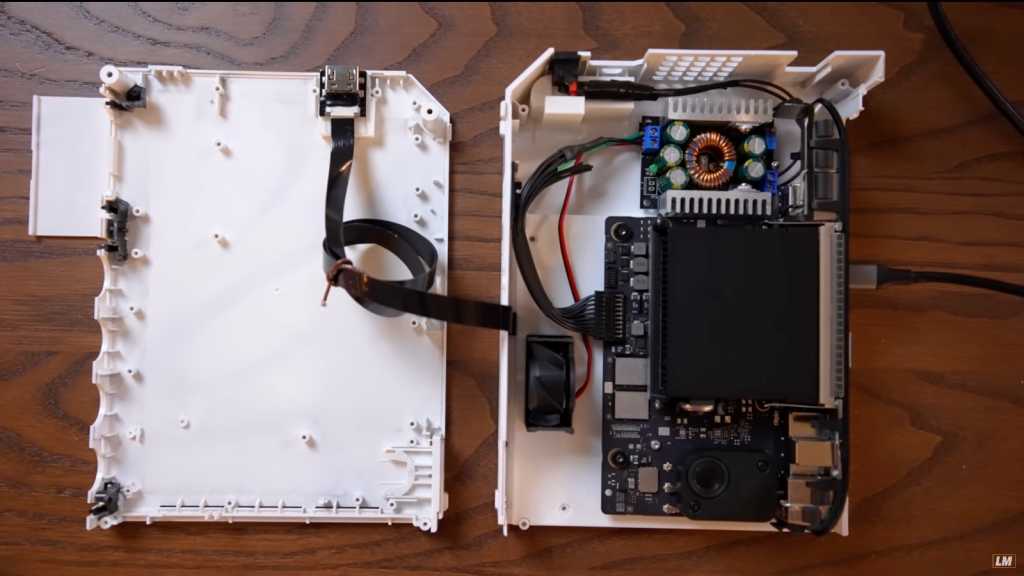 The current design of the Mac mini is 10 years old, and it’d be nice if Apple did something new or different with it. YouTuber Luke Miani didn’t want to wait, so he literally took matters into his own hands.

Miani’s latest creation involves putting the Mac mini into the case of a Nintendo Wii. While the cases for the two devices are roughly the same, the mod requires a bit more effort than just disassembling both and switching the parts. Miani had to do some modifications to get the Mac mini’s internals to fit into the Wii’s case. Most notably—the disc drive doesn’t work.

The major modifications include using a smaller fan, custom power supply, and cutting the case to accommodate the Mac mini’s ports. He also designed a bracket and used a 3D printer to make it so he can mount the Mac mini inside the Wii case. Miani also was able to use the Wii’s antenna instead of the Mac mini’s to ensure that Wi-Fi and Bluetooth connectivity works well.

After all of that, Miani’s Mac Wii didn’t quite measure up to the usual M1 benchmarks, but the performance lost was mere percentage points that are imperceptible to most users. And fittingly, Miani rewards himself for his hard work by installing the Dolphin Wii emulator and playing Mario Kart. You can watch Miani’s video below.

Modding the Mac mini isn’t new–you can find several mods on the web. But Miani’s video is a good reminder of how the Mac mini’s small size inspires people to come up with creative uses. And while Apple has no interest in mods, hopefully it sees this as beneficial to the Mac community.