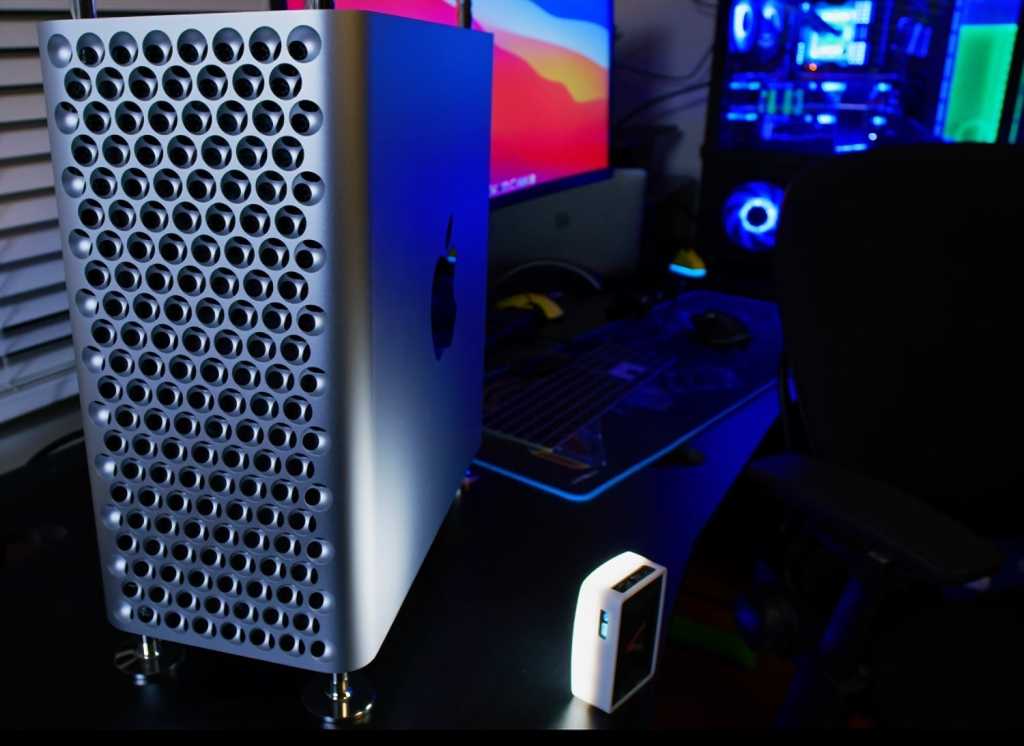 Brace yourself for a scary fact: 2022 is coming to a close. Yes, there’s a little time yet before we have to flip the calendar over to an entirely new year with, no doubt, its own strange challenges and unpredictable events. Who knows: some of it might even be better!

The calendar, of course, is an arbitrary inflection point. But it’s one that people (and companies) adhere to. Apple, for example, has pegged a handful of things to 2022–with varying degrees of precision–that have not yet come to pass and, at this late date, may not.

Is this inability to hit targets derived purely from the challenging environment the world finds itself in? Or does even a very large, very profitable company struggle to marshal its resources accordingly?

Get your chip together

When Tim Cook announced the Mac’s move to Apple silicon back at the company’s 2020 Worldwide Developers Conference, it came with a bold pronouncement that the product line would transition over the course of two years. Things started off at a good clip with the introduction of the M1 MacBook Air, 13-inch MacBook Pro, and Mac mini in the fall of that year; the iMac followed in spring 2021, with revamped MacBook Pros appearing in fall of that year.

Within a year of the company’s first Apple silicon Macs being released, almost the entire product line had been moved over; the company even released a new model, the Mac Studio, with some uber-powerful chip configurations to boot.

But as 2022 runs out the clock, there are a few Intel laggards still in the pack. The Mac mini has moved over to the M1, yes, but a higher-end Intel model still remains for sale. More significantly, the company’s most powerful machine, the Mac Pro, is still nowhere to be seen, aside from a vague hint during the Mac Studio announcement in spring of this year.

That the Mac Pro is still coming is a good bet. Rumors of its specs continue to fly, with some truly impressive reports about the power it will bring, making it no surprise that this, the most powerful machine the company has ever made, will take a little longer than expected. But by even the most charitable “two year” reading, Apple’s time is about up.

Hardware is one thing: there are supply chains to manage, and we all know there have been plenty of disruptions in those over in the last couple years. But software and services seem like something that should be well under Apple’s control. So it’s likewise a little surprising that another new product from the company that was due to appear in 2022 doesn’t seem like it’ll make the date either: Apple Classical.

In August of 2021, Apple acquired Primephonic, a prominent classical music streaming service. This filled a big gap in the company’s Music app, which has taken flack from classical music listeners for many years for not providing a solid listening experience.

At the time, Apple put a stake in the ground, saying:

Apple is clearly working away at the service–code for it has been spotted in iOS 16 releases–but the most likely time to announce the service has come and gone, and it seems unlikely that it will pop up in the last weeks of the year. That said, I tend to think most of Apple’s acquisitions usually take a couple of years to fully fold in (see Dark Sky), so perhaps the timeline was just overly ambitious.

The fly in the ointment

But here’s the thing about Apple: the company doesn’t usually like to make future predictions unless it is ridiculously certain of hitting its mark. Witness the company’s increasing reticence to provide any sort of financial forecasting for upcoming quarters; even when it does offer guidance, it’s been accused of sandbagging and providing numbers that it is sure to meet (and likely surpass). It’s the same reason the company tends not to pre-announce products, despite the preponderance of reports about release “delays” for things that never had dates in the first place: it wants to be in control of its narrative.

I’m sure Apple would prefer to hit all its timeline for all its products, but the company has had even more wrenches thrown in the works this year. Just this past week, it had to issue a statement about production hiccups in the iPhone Pro lines due to a COVID outbreak at a factory in China.

While pandemic and supply chain issues are no doubt at the root of most of these problems, it can sometimes feel as though Apple is struggling to walk and chew gum at the same time. The good news is that even missing these predictions are easily forgiven when the product in question eventually materializes—especially if it delivers on the performance that was promised. Some things are worth the wait.