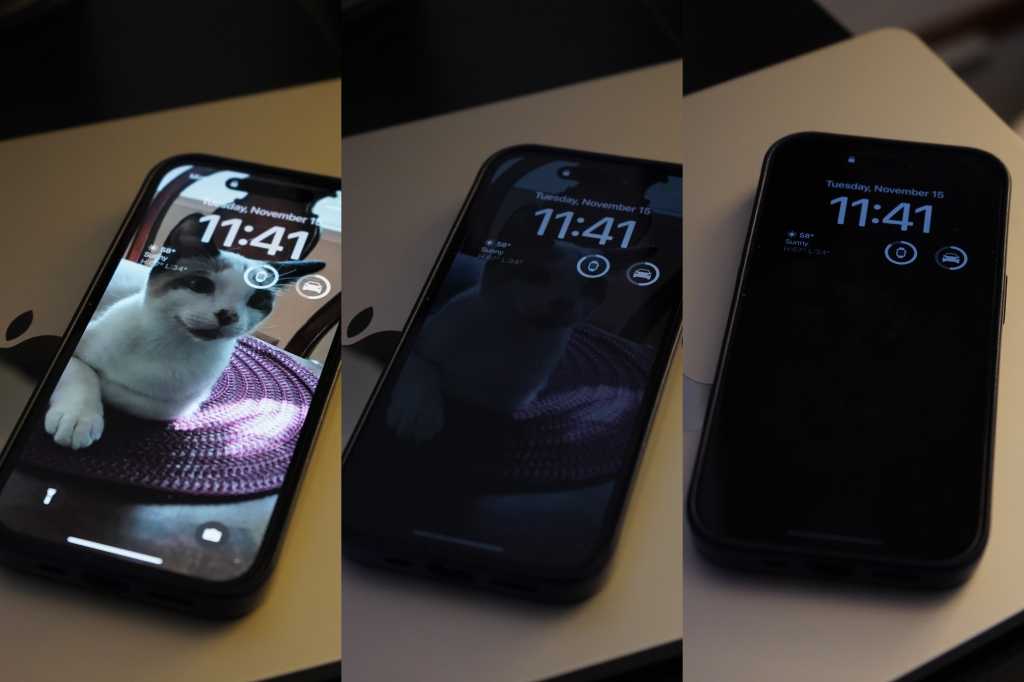 Apple is far from the first to give its users an always-on display. Android phones have had them for years, and it’s even common on affordable models. So when Apple introduced the feature in its pricey iPhone 14 Pro, it had to do something a little different, most notably by choosing to show your entire wallpaper at all times.

Essentially, everything your iPhone lock screen shows when it’s “awake” is also shown when it’s “asleep.” The time, date, widgets, your notifications, and even background wallpaper. Sure, these are dimmed significantly, but it still feels a bit awkward to some users. In the right lighting, it can be hard to tell if your phone is awake or not.

It appears that Apple is giving users the option to change the always-on display’s behavior in iOS 16.2. You can open the Settings app and tap on Display & Brightness and then Always On Display, where you’ll find two new toggle switches: “Show Wallpaper” and “Show Notifications”

This gives you a little more control over how you’d like your iPhone 14 Pro’s always-on display to appear. With notifications and wallpaper disabled, your iPhone becomes a blank slab with only the date/time and your row of widgets, which reduces distractions and make it more obvious that your phone is in a passive state.

The new feature first appeared with the release of iOS 16.2 beta 3 on November 15. We don’t expect Apple to release iOS 16.2 until December, so this feature could be refined further, or even disappear, by the time it reaches wide release.