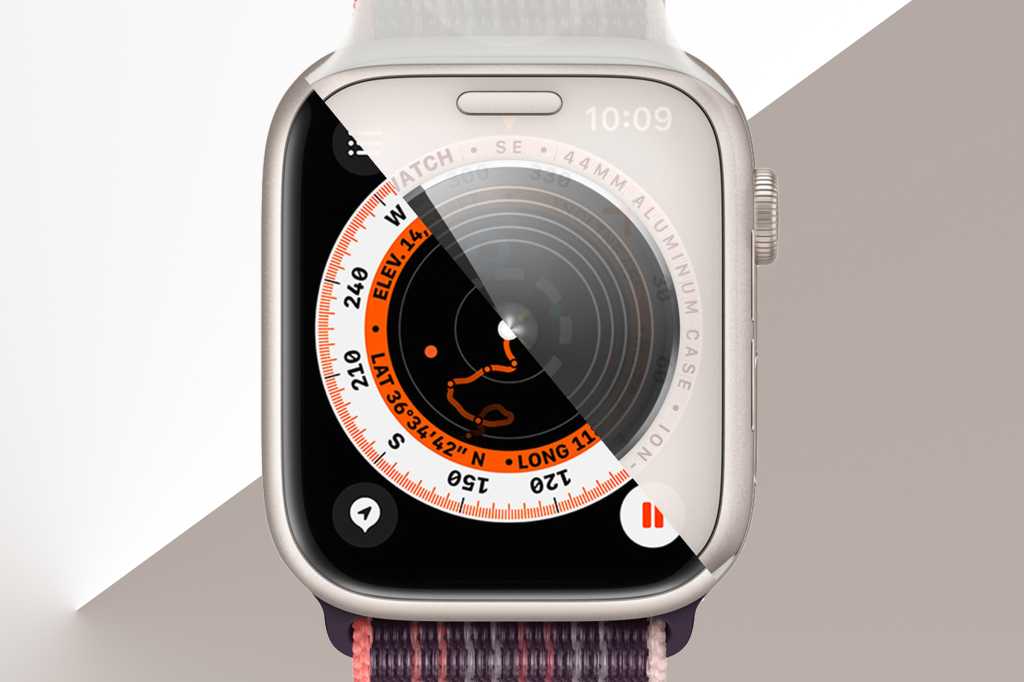 Apple recently updated its smartwatch range with a new standard model–the Apple Watch Series 8–as well as a refresh of its cheaper Apple Watch SE. But aside from the price, what are the things that differentiate these examples of timekeeping tech? Here’s a quick look at what each has to offer and advice to help you decide which is best for you to put on your wrist.

While both devices follow the aesthetic playbook Apple has been using since the introduction of the first Apple Watch back in 2015, the years have seen some refinements to the form. Both are instantly recognizable as Apple Watches thanks to the squarish frame with a digital crown on the right side along with the power button. But the Series 8 comes in two sizes–45mm and 41mm–that are larger than the 44mm and 40mm offerings for the SE 2. It also has two types of metal for the casing, with aluminum or stainless steel available, while the SE 2 only comes in the former.

Here’s how they directly compare in terms of size:

As you can see, the dimensions are very similar, with only a little variance in weight depending on the models you choose. Both will survive immersion in water up to 50m and can be used when swimming, although Apple warns that neither will fare well if you go scuba diving or waterskiing. You might want to save up a bit more cash and go for the Apple Watch Ultra if that’s your bag.

The Apple Watch Series 8 also adds IP6X dust resistance, so if you’re clattering about in the attic often or visit the beach, then it may afford that bit more protection.

You can get either model in a small selection of color casings, with silver, starlight, and midnight universally available, but the Series 8 also has a (PRODUCT) red option, plus graphite, silver, and gold for the stainless steel version.

Apple has managed to shrink the bezels down on the new Series 8 range, meaning you get around 20 percent more screen than on the Apple Watch SE 2 models. That’s not to be sniffed at when you consider how small these devices are and the amount of information they can show on those panels.

Those smaller bezels and larger case sizes mean you get these resolutions on the different panels:

Either way, you’ll get a detailed, colorful display that can run up to a maximum brightness of 1,000 nits, which will easily cope with sunny days. They’re rugged too, with the aluminum models featuring Ion-X glass and the stainless steel variants equipped with tougher sapphire crystal coverings.

One new feature to appear on the Series 8 is an always-on display, meaning you won’t have to raise your wrist to activate the panel when you want to read the time or check out your favorite complications–or simplified versions of them. It’s a nice bonus, but the Apple Watch has fared pretty well without it so far, and the SE 2 shouldn’t be ruled out just because it doesn’t come with the feature.

All of this year’s Apple Watch models come with the latest dual-core S8 processor, so you should see similar performance across the Series 8 and SE. You’ll also get GPS, an always-on altimeter, a gyroscope, an accelerometer, fall detection, crash detection, and the standard ways to track your steps, heart rate, and activities.

Apple has positioned its watches as excellent ways to monitor your health, and there’s a wide range of features that help with this.

There are some significant differences between the two models this year, with the Series 8 packing several advanced sensors, including blood oxygen, EKG, and temperature. There’s also a newer third-generation optical heart sensor on the Series 8, while the Apple Watch SE 2 still uses the 2nd-gen sensor. This year also sees the introduction of a temperature sensor on the Series 8 to help with cycle and fertility tracking.

Either Apple Watch will give you a good understanding of your day-to-day health and fitness performance, but it’s clear that the new additions to the Series 8 make this the winner in this category by quite a margin.

Apple states that both models get around 18 hours of life from one charge, which should get you through the day. If you find the power running low a little earlier than you like, then the new fast charging in the Series 8 should get you up to healthy levels a bit quicker. That being said, the SE 2 doesn’t take long to charge anyway, so it shouldn’t be a big issue.

Apple offers both of these models with a variety of straps that can dramatically affect the cost of buying them. But for the baseline models, here’s what you’ll be looking at:

If you’re looking for an Apple Watch that will let you know when notifications have arrived, and control the music playing on your iPhone, all while keeping an eye on your health, either watch will do—and the Apple Watch SE 2 is hard to ignore. It has a great range of features for a very affordable price, looks great, and will get updates for years to come.

However, the additional features on the Apple Watch Series 8 make it a more premium product and well worth its $399 price tag. You just need to decide whether you want those bells and whistles or would be happy with the cheaper, but still very good, SE version. The larger display and additional health sensors make the Apple Watch Series 8 the obviously superior device, with a price that reflects its premium status. If you don’t need ECG or a temperature sensor, then we think the Apple Watch SE 2 is a bargain that will suit most people.