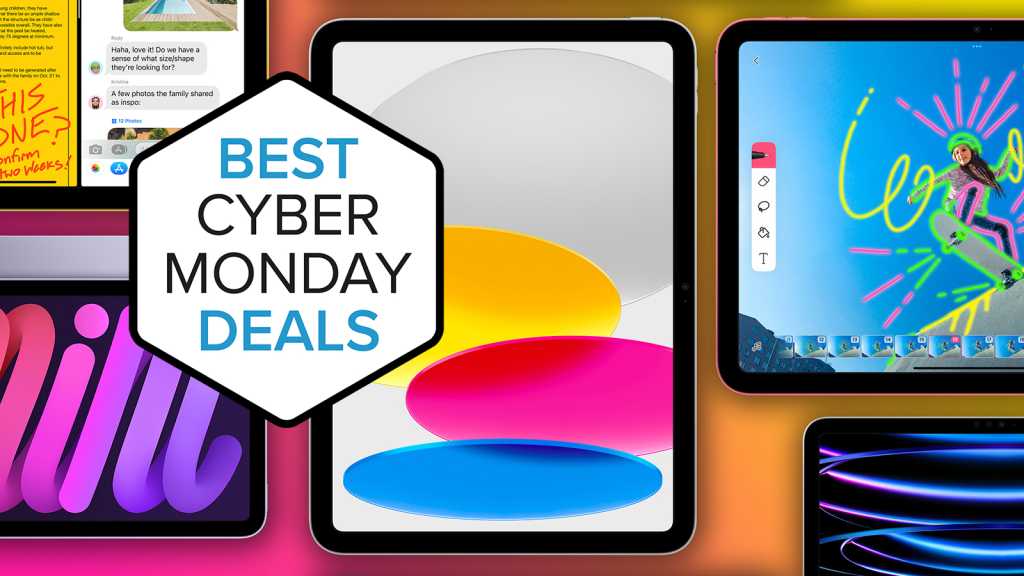 Black Friday isn’t the only time to pick up a bargain, because excellent iPad deals continue into Cyber Monday and Cyber Week. In 2023, Cyber Monday will take place on November 27.

In this article, we will highlight the top Cyber Monday 2023 deals on all iPad models sold by Apple in the U.S. and the U.K. and provide real-time price-comparison tables that pull in the lowest daily pricing across all the major retailers. To give you an idea of what sort of deals you can expect for Cyber Monday 2023, we’ve left the details of 2022’s top discounts below.

Each year Apple holds a Black Friday and Cyber Monday shopping event, but that doesn’t involve actual discounts on its products. Instead, you’ll find various Apple devices are bundled with gift cards, which can be redeemed on later purchases. In 2022 the iPad Air, iPad mini, and 9th-gen iPad were all eligible for this deal:

Here are the best deals we spotted for Cyber Monday 2023.

For a more comprehensive guide to the latest iPad deals, see our automated pricing tables below for the lowest prices available on each iPad model right now. If you don’t know which iPad is for you, also read our iPad buying guide.

In all the ways that matter—design, performance, 5G connectivity and accessory support–the most recent iPad Air (MSRP $599/£669) is a Pro in all but name. This iPad is often on sale with discounts of between $50-$100.

Amazon iPad deals worth checking out

Here are the best offers we found on Amazon for Cyber Monday 2022:

UK retailer John Lewis often matches or comes close to the prices you’ll find at Amazon UK, and there’s a bonus as it adds a two-year warranty. See all the company’s seasonal deals on its Cyber Monday page.