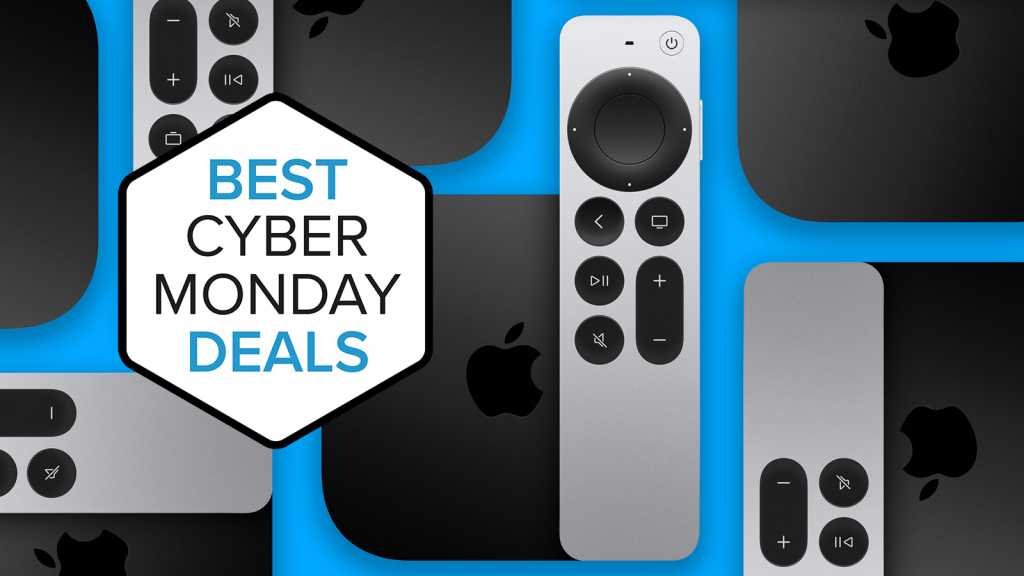 There’s never been a better time to buy a new Apple TV 4K than Cyber Monday 2022. Apple recently launched a new model that is significantly cheaper than the older version, plus stores are doing what they can to shift stock of the older version.

Cyber Monday is on November 28, but some deals will carry on through the week beyond. That’s assuming stock lasts, however: if you see a good offer, we advise you to move fast.

Although Apple is running a four-day shopping event that sees gift cards handed out when you purchase various devices, sadly the Apple TV 4K is not included.

Ahead of Black Friday the best Apple TV 4K deals were on older models, but these are now sold out. We would still periodically check for these devices, just in case new stock arrives. But you can still save a few dollars on the newer models.

In the U.K. KRCS is offering small discounts on the latest Apple TV models:

Cyber Monday 2022: Top deals at Amazon and other retailers

It’s only been on store shelves for a few weeks, so don’t expect to find massive discounts on the new Apple TV 4K. Amazon is selling the 64GB model for $123.49 and the 128GB model for $142.49, which means both have just a few dollars off. We’d be surprised to see any retailer offering more than $10 or $15 off.