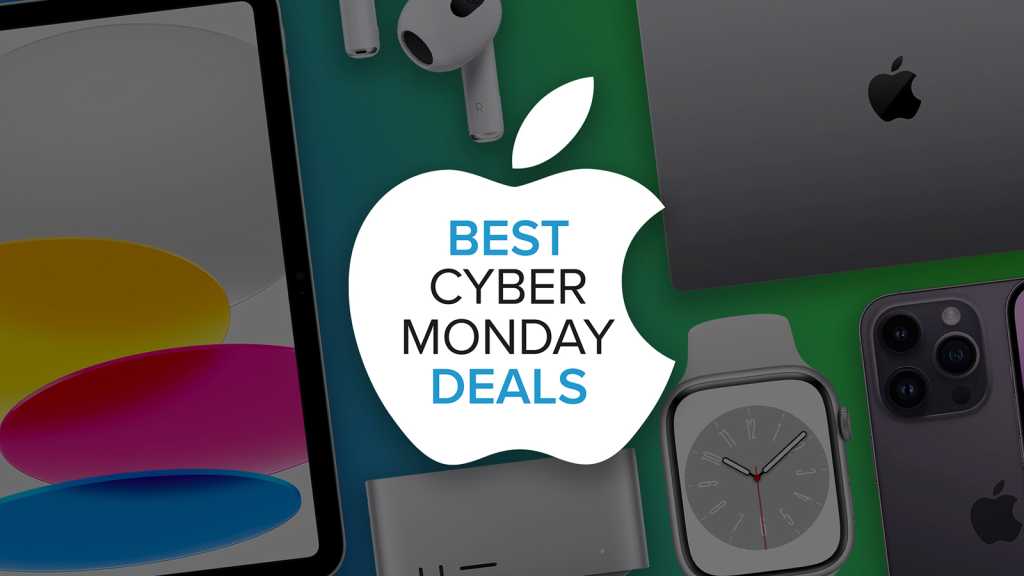 If you are curious to see what the Apple deals were like for Cyber Monday 2022 read on as we are share those deals below so you can get an idea of what to expect in 2023. In November 2022 we saw some fantastic deals on Apple products—notably from retailers other than Apple itself, which was, as usual, offering gift cards in lieu of actual discounts. For example, there were been savings up to $500 off the MacBook Pro, and $100 or more discounts on iPads and Apple Watches. We’ve even saw the lowest prices to date on AirPods.

Join us here in November 2023 for the best prices on any Apple device. No matter what you need, we’ll help you find the best deal for Cyber Monday 2023.

We’ll start with the U.S. deals but if you are in the U.K. there are deals for you below the first section.

Cyber Monday: Where to shop for Apple deals

Stay tuned to Macworld to find the best Cyber Monday and Cyber Week deals as they arrive. If you’re looking for an Apple device in a specific color or capacity, you can also check out the following retailers. In the U.S., here are the best stores to shop for Cyber Monday deals:

If you’re based in the U.K., you’ll find Cyber Monday deals at the following shops: