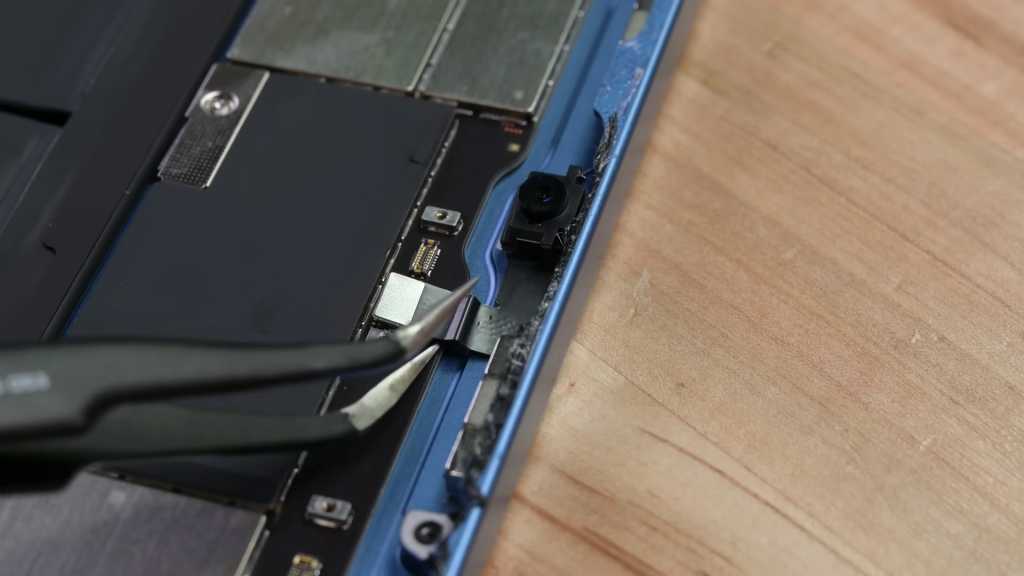 The repair site iFixit seems to have solved one of the leading mysteries concerning the 10th-gen iPad in its latest teardown video.

When Apple announced the new iPad in October, reviewers were baffled and frustrated by Apple’s decision to support the 1st-gen Apple Pencil (from way back in 2015) rather than the superior 2nd-gen model released in 2018. This was a particularly strange choice because the iPad itself switched from Lightning to USB-C, meaning it was necessary to use a dongle to charge or pair the stylus.

There’s been lots of speculation about why Apple chose this strategy, including a rumor that a more suitable 3rd-gen Apple Pencil was originally supposed to launch at the same time. But most people assumed the decision had something to do with the new position of the iPad’s front-facing camera, which now lies on the same edge where the 2nd-gen Apple Pencil would attach magnetically when charging.

By opening up the tablet’s chassis and revealing the positions of the magnets and camera unit, iFixit’s teardown appears to confirm this theory.

“The claim is that Apple couldn’t fit the wireless charging assembly for the Pencil Gen 2 in here, because that’s where the landscape camera now sits, and as we can see, this seems to be the case,” explains the presenter. “As it stands, the magnets on the Apple Pencil Gen 2 don’t quite line up with the iPad 10’s magnets.

Elsewhere, iFixit gives a mixed verdict on the interior design of the latest iPad. The site reserves its strongest criticism for the repairability of the USB-C ribbon, which “is welded to the logic board, which is a huge design fail. Components exposed to high mechanical wear should always be modular.”

iFixit notes that this isn’t a new failing with Apple’s tablets, but is still disappointed that Apple hasn’t improved matters.