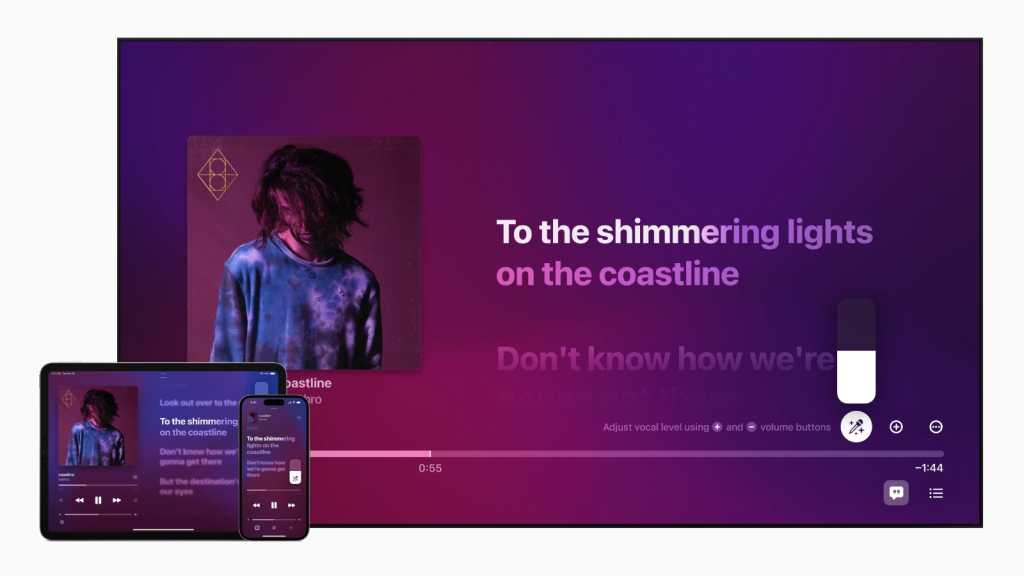 Apple on Tuesday announced a new Apple Music feature called Sing, which will help music lovers everywhere sing along with their favorite songs. Apple Music Sing will be available later this month, though it’s not clear whether the feature will require iOS 16.2, which is also due to arrive this month.

Apple Music Sing can display the lyrics to a song and also provides different lyric views. The lyrics are animated and “dance to the rhythm of the vocals” to help singers keep the beat. Background vocals are animated separately from lead vocals, and there’s also a duet view where songs that feature multiple singers have lyrics that appear on opposite sides of the screen.

Another key feature is the ability to adjust the vocal level of the song. So if you’re singing along and want to turn down the vocals in the recording, you can do so by using a vocal level adjustment slider on your device.

To coincide with the launch of Apple Music Sing, Apple Music will offer 50 dedicated companion playlists of “epic songs, duets, choruses, and anthems that have been compelling people all around the world to sing.”

For more Apple Music details read: How to get Apple Music for free, Apple Music Voice Plan vs Apple Music: The differences and How to move your library and playlists from Spotify to Apple Music.