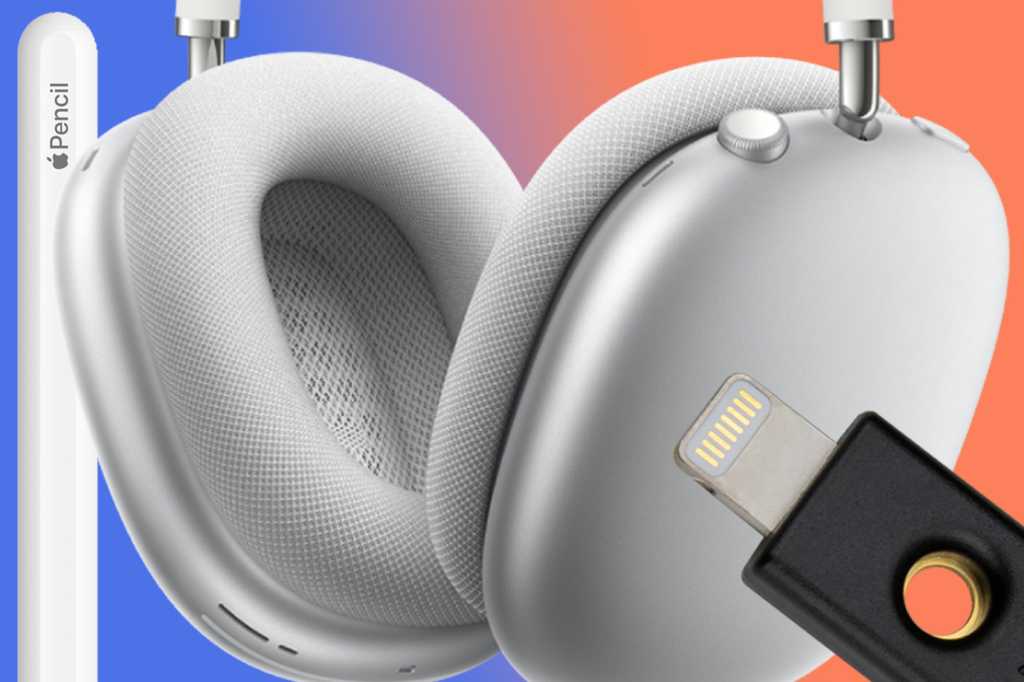 As a new year rolls around, there are plenty of stalwart devices that we know we’ll see in 2023—new iPhones, iPads, Macs and Apple Watches will all make appearances through the year. But there are also sure to be some surprises that no one saw coming—except us. Here’s three completely unexpected products that Apple may debut in the early months of 2023.

Apple has announced that it will introduce support for physical security keys for Apple IDs to add extra protection for users worried about their iCloud data being hacked. We’ve already seen the feature in the iOS 16.3 beta, which we expect to arrive early next year.

Essentially, if you choose to use it, this will replace the current two-factor authentication method that sends you a code to input on the device you want to access. Instead, you’ll be able to plug in a dongle-style security key, such as the popular Yubikey by Yubico, that will handle the authentication on your behalf.

But what if Apple made its own key instead? Adoption of security keys will likely be small but Apple could change that if it released its own key. We already saw how people rushed to by the $19 Polishing Cloth, and a security key like Google’s Titan Security Key would be a great way to get more people interested in advanced security.

Security keys offer even more security for your Apple ID, particularly for those whose data is at high risk of being compromised. As Apple describes, “Security Keys strengthens Apple’s two-factor authentication by requiring a hardware security key as one of the two factors. This takes our two-factor authentication even further, preventing even an advanced attacker from obtaining a user’s second factor in a phishing scam.”

An Apple NFC key would be a fantastic surprise to promote the new feature—and we’d love to see Apple take a crack at designing one. Maybe glossy white, or brushed aluminum, or matte black with a small embossed Apple logo.

Apple first introduced its over-the-ear headphones at the end of 2020 and since then there have been no updates to Apple’s premium (both in quality and price) AirPods Max headphones, nor have there been many rumors. But we’re thinking that a new version is on the way.

And there are several clues that a new model could arrive sooner than later. At the time of writing, delivery times are showing from 1 to 2 weeks at the Apple Store, which means the product won’t arrive until the second week of January. And at Amazon, where AirPods Max are always on sale, several colors are out of stock. Contrast this with the third-gen AirPods or AirPods Pro which are readily available and it suggests either Apple is either having problems with its supply chain or keeping stock levels low in the run-up to the release of the second-gen model.

Hopefully, this time around Apple will address the concerns we had with the first generation, mainly the absence of a 3.5mm headphone jack for zero-latency when editing audio or listening to lossless files, the heavy weight of the headphones themselves, and the god-awful “Smart Case” that Apple somehow let escape its design lab. There are also a number of features introduced with the 2nd-gen AirPods Pro that could make an appearance—enhanced noise cancelation, Adaptive Transparency, better battery life, and touch controls. Oh and we wouldn’t mind a USB-C port instead of Lightning.

OK, we’ll admit this is the longest of shots. But hear us out. We reported earlier this year on rumors that Apple had intended to release a stripped-down stylus at the iPhone 14 event that would have worked with the iPhone’s display (and would have been a neater solution for the 10th-gen iPad (10th gen) and its dongle). Now, you probably know that Steve Jobs was famously against the idea of a stylus for the iPhone, but the success of the Apple Pencil, matched with the larger displays, means an iPhone Pencil isn’t so crazy of an idea anymore.

According to the rumors, the iPhone Pencil was akin to the Samsung S-Pen, in that it didn’t require direct charging and instead drew power from the phone. It was smaller so that it was easier to use with an iPhone, didn’t have the pressure sensitivity of the iPad’s Apple Pencil, and was expected to be priced at around $49/£49, perfect for people who wanted to jot down notes on their iPhone. Apparently, the device even began its mass-production run before Apple suddenly cancelled the project.

So why would Apple release it in early 2023? For the past two years, Apple has launched a new iPhone color to juice sales midway through the cycle—green in 2022 and purple in 2021—so it’s not uncommon for Apple to give some attention to the iPhone in the middle of the cycle. And with production issues plaguing the iPhone 14 Pro line all through the holiday season, Apple is going to want to get as many iPhone sales as it can in the first quarter. And a cheaper and smaller stylus made just for the iPhone could be just the thing.