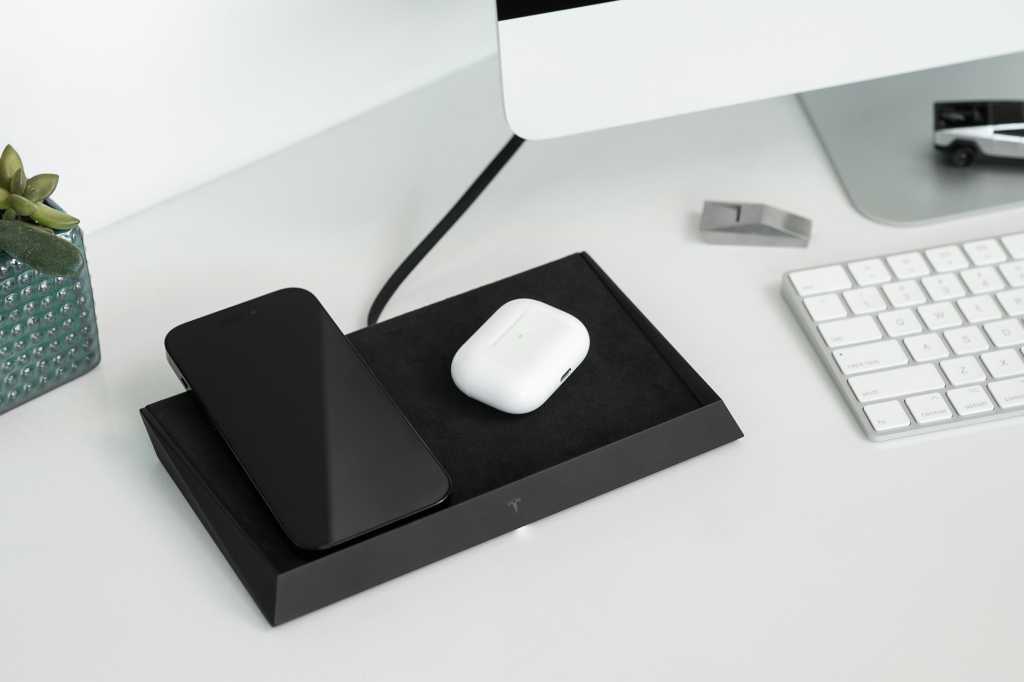 When Apple killed the AirPower charging mat in 2019, it seemed to take the dream of charging three devices at once on a single surface with it. While there are plenty of dual-phone chargers and multi-device mats that use separate cables for each section, Apple’s vision of a mat that can charge anything you put on it wherever you put it hasn’t quite been realized.

Until now. On Thursday, Tesla released the simply named Wireless Charging Platform in its online store. Like AirPower, it has a couple dozen charging coils under the surface and needs just a single 65W cable to operate. Tesla says its FreePower technology can charge “Qi-capable devices such as phones or earbuds placed anywhere on its surface without precise alignment.” A view shows it working in a similar way to AirPower, with up to three devices charging at the same time.

Tesla describes the design as “composed of an aluminum housing, premium Alcantara surface, and a detachable magnetic stand that allows you to lay the charger flat or at an angle for better viewing.” It says it’s inspired by “the angular design and metallic styling of Cybertruck.” The photos of the device show it charging iPhones and AirPods alongside an Apple Magic Keyboard and iMac. It’s doubtful that it can also charge an Apple Watch as AirPower was supposedly able to do.

AirPower was announced alongside the iPhone X in September 2017 but never got off the ground. Some months after its unveiling, reports began circling of overheating issues and the project was canceled a year later, in March 2019.

We never knew the price of AirPower, but we assumed it would be at least $149. Tesla’s charger costs twice that, at $300. If you want one, you can preorder now for shipping in February.