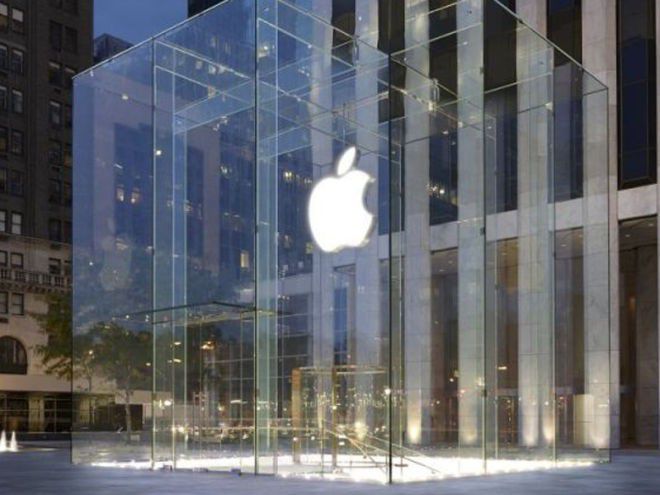 In the waning days of 2022, it’s time to take a look back at the year and ask ourselves, how can we gamify it? Well, one way is to figure out who had the worst takes of 2022 and who had the best takes. And it turns out, that’s exactly what we’re going to do!

So, behold! The worst and best takes of the year!

The FBI on Advanced Data Protection

Let’s start with our fine friends at the Federal Bureau of Investigations. This year found them very touchable–one would say even downright touchy–about Apple’s decision to implement end-to-end encryption for iCloud backups.

This hinders our ability to protect the American people from criminal acts ranging from cyber-attacks and violence against children to drug trafficking, organized crime and terrorism…

That is a shame and, let’s be honest, it’s not like the Macalope never whined and complained about things that made his job harder. But in as much as the Constitution of the United States can be said to also make the FBI’s job harder, not all things that do so are bad. Just try to deal with it as best you can, okay?

This year saw a surfeit of supplicants rush to Facebook’s defense over Apple’s implementation of App Transparency, which required the company to actually–GASP–ask users if they wanted it to soak up all their private information and sell it to the highest bidder. And the lowest bidder and all the bidders in between. “Won’t someone think of the small businesses?!” was the laughable complaint.

Look, if a small business needs the Macalope’s private information to survive, then maybe that’s a small business that doesn’t need to exist. Also, hogswallop. Balderdash. Ninnyhammers. (The Macalope may have made that last one up but he thinks it’s going to take off.) They didn’t care about small businesses, they cared about Facebook. How does the Macalope know? Because–weird coincidence!–they almost all used to work there.

Apple has taken its aversion to unions at its retail stores to mustache-twirling heights and it’s a bad look for the richest company in the world. According to a complaint filed with the National Labor Relations Board, Apple created a pseudo-union to defeat organizers in one of its Ohio stores.

Now, the Macalope is decidedly not saying “Steve Jobs never would have” in this instance because he believes Steve probably would have herded all these retail workers into an elevator and summarily fired them. Into the sun. But for a company that coined the phrase “Think different” it is decidedly thinking just the same as almost all the rest of the technology industry in this anti-labor stance. Almost all of it but not quite, as we’ll see later.

When Elon Musk finally took over Twitter after loudly announcing his bid and then spending months trying to back out of it, a lot of people sighed heavily at what they expected to come based on Musk’s charming personality online. Some, however, including the Macalope’s pal, John Gruber (disclosure: the Macalope has appeared on Gruber’s podcast), were optimistic about his tenure.

They’re less so two months later. Only, however, because it has been an unmitigated disaster from day one to day 60. In Gruber’s defense, he did dedicate an entire episode of The Talk Show to how he got it wrong. Since Musk doesn’t want anyone linking to Mastodon for fear of having them follow the Twitter exodus, allow the Macalope to.

One of the great disappointments of macOS Ventura and iPadOS 16 has to be Stage Manager. Billed as a more convenient way to multitask, particularly on the iPad, Stage Manager ended up being buggy and not all that useful. So what kind of pie-eyed dumbo would have suggested back in June that Stage Manager would be “a much clearer way to view and navigate multiple apps at the same time, as well as create multiple workspaces.” Uh, well, the pie-eyed dumbo who’s currently typing this sentence, that’s who.

Now, the Macalope did preface that with “[Stage manager] appears”, but he was definitely too sanguine about the chances of the iPad’s struggle with multitasking becoming a thing of the past. While he is actually using it on one machine to some decent effect, it’s definitely not the panacea he hoped for and he regrets the mistaken optimism.

At the same time others were cozying up to their computer screens to see how Elon Musk would save Twitter, Nilay Patel was telling the father of [# ERROR – NUMBER OUT OF BOUNDS] “Welcome to hell, Elon”, and he could not have been more right. Every step Musk made was onto the end of a rake. When Musk would relax moderation, people would flee the site. When he’d put controls back on, his fans would howl about free speech. It only took six weeks for him to be resoundingly booed at a Dave Chappelle show. If an edge lord can’t make it there, he can’t make it anywhere.

Unlike Apple and pretty much all the other tech companies, Microsoft has promised to engage with employee unions, taking a cooperative stance rather than a combative one. This is a pretty astounding turn for a company that had stack-ranking up until nine years ago. That’s like going from running a dog fight to running a doggie daycare in the same amount of time. The Macalope truly wishes Apple would copy this feature from Redmond but it seems sadly set on Scrooging its way to victory. Weird for a company currently running “A Christmas Carol”-themed show on its streaming service right now.

Anyone who warned you about Epic

Let us take it writ that Apple’s App Store policies are capricious, self-serving, and akin to highway robbery. That said, anyone who warned you off looking to Epic as your hero in this fight was not wrong.

Epic Games, the maker of the very popular Fortnite series, is paying two of the largest settlements in Federal Trade Commission (FTC) history over children’s privacy violations and “dark patterns” that intentionally tricked users into making purchases through manipulative design.

Epic is not the white knight of developers. It’s in this fight for Epic and Epic only. When you’re charging up a hill for the right reasons, you might want to make sure the person leading you won’t sell you out halfway up.

Cryptocurrency crashed and burned (the planet) big time in 2022. The Macalope finds it hard to shed a tear for most of these libertarian hucksters since their free market fundamentalism extends to continuing to trade with totalitarian countries that invade their democratic neighbors because to do otherwise “would fly in the face of the reason why crypto exists.” If greasing the skids that make the world a worse place is part of your mission statement, then maybe your product shouldn’t exist.

Anyone who suggested it might be a scam was pretty much on the money as one crypto company after another failed, uncovering a trail of fraud, embezzlement, and poorly-dressed CEOs. A thousand bored apes typing at a thousand typewriters could easily have come up with this ending because it was so predictable.

From App Transparency to end-to-end iCloud encryption, Apple continued to move the ball forward in the effort to protect the privacy of its customers. The horny one kind of wishes the company hadn’t blown the word “courage” on removing the headphone jack because it really does take some courage to stand up to the FBI and China, assuming the company sticks to its plans. Whether it’s doing it because it’s the right thing to do or because it thinks it’ll sell more iPhones doesn’t really matter because the net effect is the same: Apple’s products protect your privacy more than those of its competitors. And that’s a good thing.

Another year under our belts. Are we a year wiser? Ehhhhhhh.