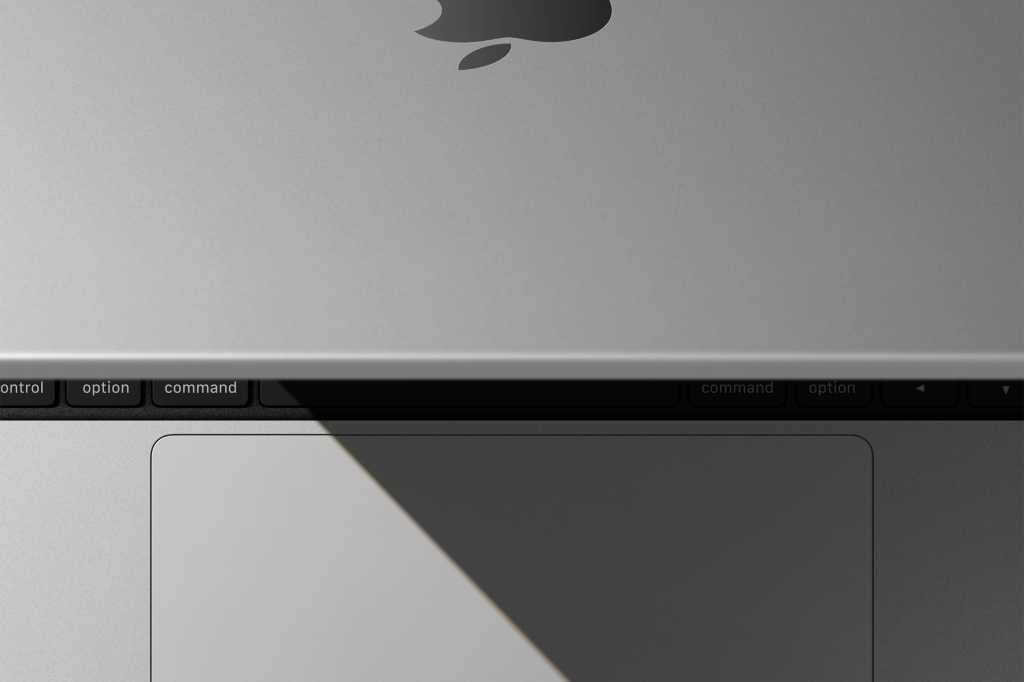 If you’re reading this article on a MacBook, reach out and touch your screen for a moment. Tap around on some tabs, or pretend like you’re selecting text or zooming into a photo.

How did it feel? Not great, right? The screen moved, it wasn’t intuitive or efficient, and everything was better when your hand went back to rest on the keyboard. There’s a reason why the laptop design hasn’t really changed much over the past 20 years. It’s perfect for what it does.

And the MacBook is the pinnacle of that perfection. Whether you’re using a MacBook Air or a 16-inch MacBook Pro, the design, form factor, and build quality are superb, it’s incredibly comfortable, and the Force Touch trackpad is brilliant. Now that the butterfly nightmare is over, the keyboard is fantastic and comfortable, and even the 16-inch model is light enough to carry anywhere.

While there’s certainly room for improvement—a better webcam, Face ID, 5G support, and of course longer battery life—the latest rumor that Apple is working on adding a touchscreen to the MacBook doesn’t excite me. Quite the opposite, in fact: I think it would make the MacBook worse.

If you look at the most successful touchscreen PCs, they have one thing in common: they convert into tablets. Tapping at a display that has a hinge doesn’t make for a good experience. It’s why Apple’s Magic Keyboard has a “floating cantilever design” and Microsoft’s Surface has a kickstand. Simply popping a touch-sensitive display on a MacBook Air isn’t going to get it done.

I’m pretty confident in saying that Apple isn’t going to add a kickstand to the MacBook. So that leaves two options for turning an existing MacBook into a touchscreen device: build a hinge strong enough to withstand taps and pinches without moving, or make a MacBook screen that can flip 180 degrees or fold out like the Surface Laptop Studio. Either move would categorically change what the MacBook is, likely add a couple of hundred dollars to the price, and basically create a whole new class of device that might not be better than what we have now.

But if it’s still under the MacBook umbrella, it would presumably still run macOS. Over the past four decades, Apple has refined its desktop operating system to work with a cursor, so the interface would need to change in a not-insignificant way. The basis of macOS is a GUI with a persistent pointing device, and our fingers aren’t small enough to simply take its place. Interface elements would need to be larger, menus would need to simplify, and multitasking would need to evolve.

But above all, we’d need to change how we use our Macs. When you buy a new MacBook, it’s instantly familiar. Even if you’ve never used a laptop, macOS makes it easy to figure out how to jump in and start working. A hybrid interface on top of the existing one would either complicate the whole thing or add an unnecessary layer that adds little to the experience. And a new interface would make this touchscreen MacBook something completely different.

So what is it?

I have little doubt that the rumor that Apple is working on a touchscreen Mac is correct. With the M1 chip, Apple has an opportunity to take the Mac in bold new directions, which is likely why the company chose now to start exploring a touchscreen laptop. But I also think Apple will quickly realize that it’s not the way forward for the Mac.

The Mac has shown that it can exist in this post-PC world, so much so that Apple is rumored to be releasing a new 15-inch MacBook Air despite already having a 13-inch, 14-inch, and 16-inch laptop in its catalog. People have plenty of issues with the Mac and macOS Ventura, but none of them are that it needs a touch interface. The Mac works and there’s no reason to change it into something it’s not.

Don’t get me wrong: I’m not opposed to the idea of a hybrid device that merges the iPad with a MacBook. Apple has lots of overlapping pieces–the Magic Keyboard, Stage Manager, and the ability to use iPhone and iPad apps on Mac with Apple silicon–that are more convenient than groundbreaking, and they need something to bring them all together. Maybe it’s an iPad that has a desktop interface or a folding screen that runs a brand-new OS. But Steve Jobs was right. The solution isn’t a touchscreen Mac.