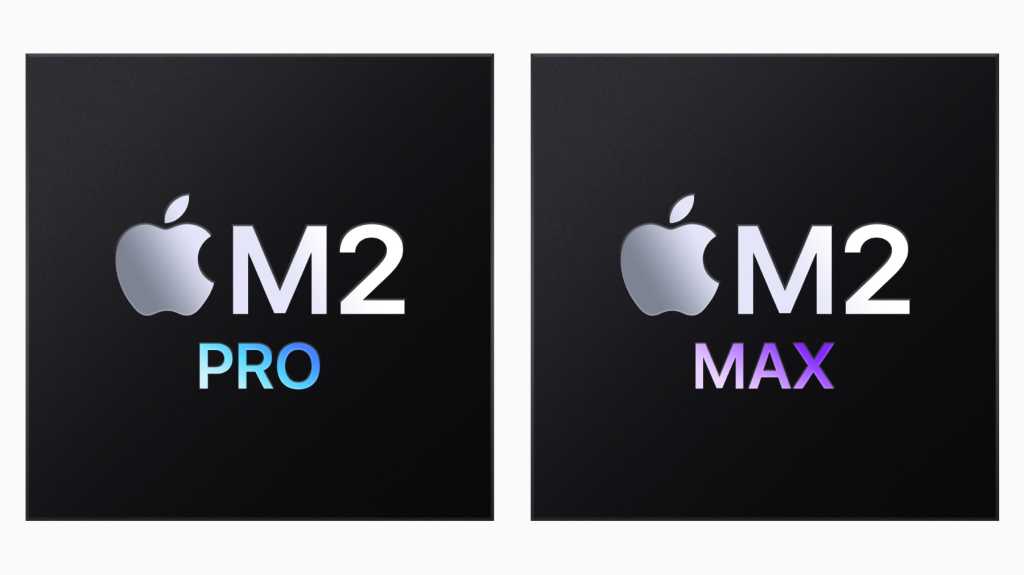 Apple’s chip rollout continues on with the introduction of the next generation of M2 processors unveiled in the new 14- and 16-inch MacBook Pro. The new M2 Pro and M2 Max arrive six months after Apple introduced the M2 chip in the MacBook Air and 13-inch MacBook Pro.

“Only Apple is building SoCs like M2 Pro and M2 Max. They deliver incredible pro performance along with industry-leading power efficiency,” said Johny Srouji, Apple’s senior vice president of Hardware Technologies in a press release. “With an even more powerful CPU and GPU, support for a larger unified memory system, and an advanced media engine, M2 Pro and M2 Max represent astonishing advancements in Apple silicon.”

The M2 Pro and M2 Max offer more CPU cores, GPU cores, and memory bandwidth than their predecessors. Let’s take a look at the specifics of the new chips.

The M2 Pro uses a second-generation 5nm process, and offers more CPU and GPU cores, memory bandwidth, and several other upgrades over the M2 and M1 Pro chips. The M2 Pro has 40 billion transitions, which is 20 percent more than the M1 Pro twice the number of the M2. Apple claims that the M2 Pro has a larger L2 cache than the 24MB in the M1 Pro, though it doesn’t provide specifics.

Like the M1 Pro, the M2 Pro offers a benefit to video editors with its built-in media engine that accelerates H.264, HEVC, and ProRes video encoding and decoding. It also offers better power efficiency during playback of multiple streams of 4K and 8K ProRes video. And a custom image signal processor works with the Neural Engine to improve the image quality of the built-in 1080p FaceTime camera on the MacBook Pro.

Apple says the M2 Max is “the world’s most powerful and efficient chip for a pro laptop.” Of note, it has the same media engine as the M2 Pro, but just a single video-encode engine and ProRes engines, where the M1 Max offered two of each (since we wrote this Apple has corrected the mistake in its specs sheet: confirming that the M2 Max does indeed have twice as many video encode and ProRes engines). To upgrade to 96GB of memory, you’ll need a MacBook with a 38-core GPU, which costs $3,099 (14-inch) or $3,499 (16-inch), with an extra $800 for the memory upgrade over 32GB.