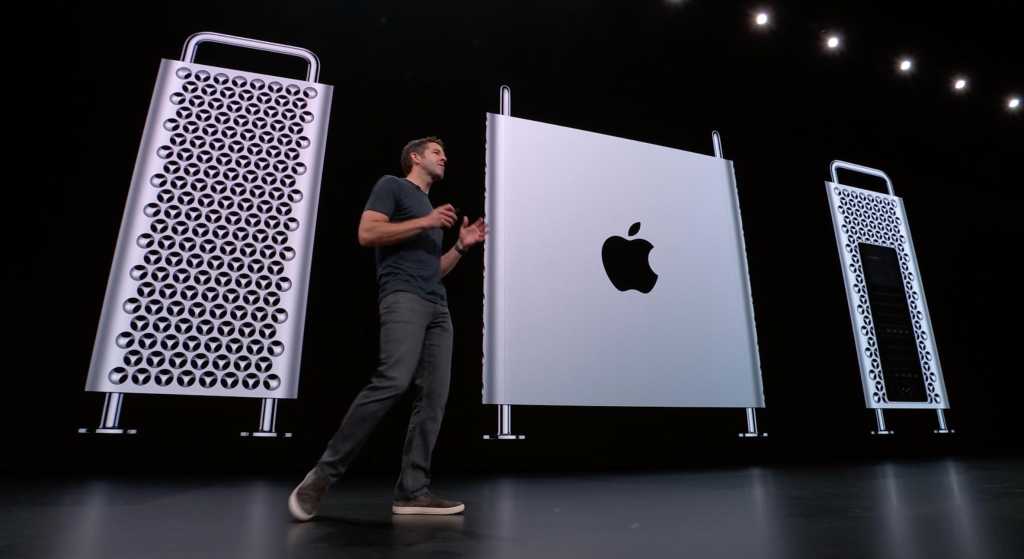 When Apple launched the M2 Pro Mac mini on Tuesday, it finally eliminated the Intel Core i5 model that stayed around for at least two years too long. In doing so, it removed one of the last Intel Macs from its store, leaving just one Mac remaining that hasn’t transitioned to Apple silicon.

Of course, it’s the Mac Pro, Apple’s biggest and most expensive Mac. It starts at $5,999, tops out at more than $50,000, and hasn’t received a processor refresh since its debut in 2019. Even if the rest of the lineup hadn’t switched to M1 and M2 processors, the Mac Pro would still be showing its age, but with the $1,999 Mac Studio offering similar speeds for far less, Apple’s “high-performance system based on absolute flexibility and uncompromising utility” has more than a few compromises these days.

It’s just a matter of time until the Mac Pro gets its overdue Apple silicon upgrade, but the question remains: When is that happening? It’s been nearly a year since John Ternus teased its existence. WWDC, when the past three models debuted, isn’t for another five months, which is an eternity in tech years. The more time goes by, the less relevant the Mac Pro is. The viral tweet above sums it up: Apple will give you just $970 in trade-in value for a maxed-out Mac Pro that you can still buy for more than $50,000. That’s quite a depreciation.

The Mac Pro might not be a big seller, but there are surely some customers who are waiting to see what Apple unveils before deciding whether to buy a Mac Studio instead. The ceremonious end to the Apple silicon transition is certain to arrive this year, but with no tease during this latest flurry of announcements, it’s anyone’s guess as to when.