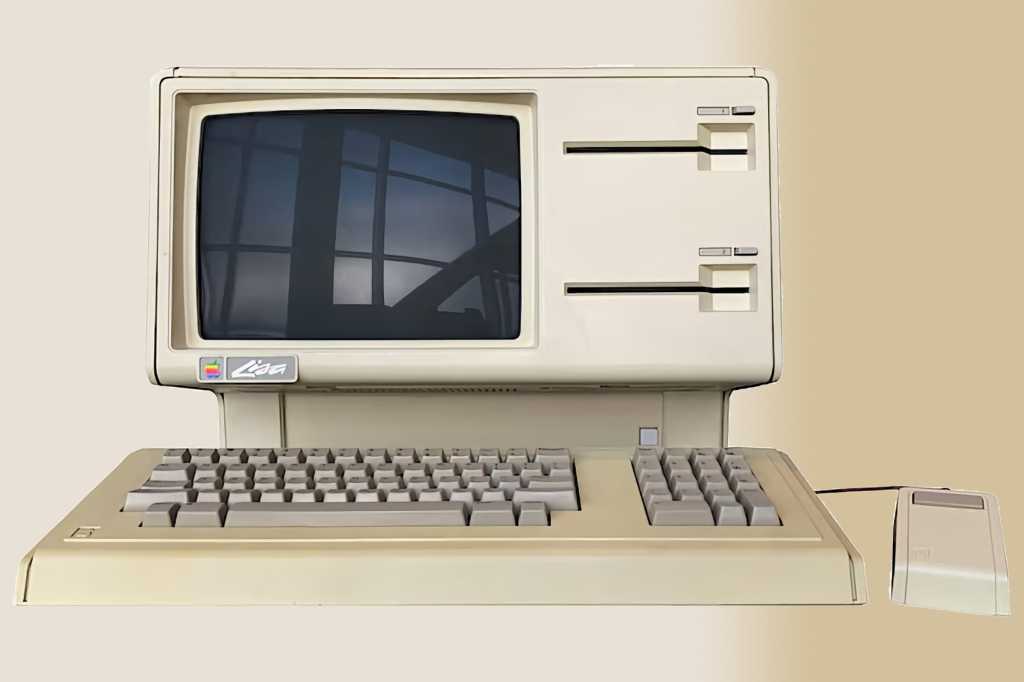 Before there was the Mac, there was the Lisa, Apple’s first computer to feature a graphical user interface. Lisa was released 40 years ago this week, and to celebrate the anniversary, the Computer History Museum—which calls Lisa “Apple’s most important flop”—is offering the source code of the Lisa software free to download.

The download is a mere 7MB compressed, 30MB expanded. You do, however, have to agree to a license agreement before you can get the download, and provide your name and email address. And then once you download it, you’ll need to figure out how to run it.

A look at the Lisa GUI tells you instantly where the Mac has its roots. In fact, the Mac’s desktop still takes its cues from Lisa, with pulldown menus across the top and icons for files and apps. The Lisa software ran on a Motorola 68000 and even allowed for multitasking, but the 68000 had a hard time handling the Lisa software, and the computer was slow and expensive, and it became a footnote after the Mac launched in 1984.

Named after Steve Jobs’s daughter, the Lisa made its debut on January 19, 1983. It was priced at $9,995, which was several thousand dollars more expensive than IBM PCs with command-line interfaces. Apple hoped that the GUI was enough to overcome the high price and slow performance, but the computer didn’t sell.

The Macintosh made its debut in 1984, at a more reasonable $2,495, Apple also released new Lisa computers at the same time, but it was the Mac that caught on, and Lisa was eventually scrapped. Suffice to say, without Lisa there would be no Mac, and the history of the machine is fascinating. You can learn more about the history of Lisa on the Computer History Museum website.

The Computer History Museum, located in Mountain View, California (about 9 miles north of Apple Park in Cupertino), is hosting an event to celebrate Lisa’s 40th anniversary. Speakers who were part of the Lisa development team, such as Bill Atkinson, Bruce Daniels, and John Couch, are featured. The event will also have demos with a working Lisa computer, and an Apple-themed scavenger hunt. The event is on January 31 at 5:30 P.M. Pacific, and registration is required.