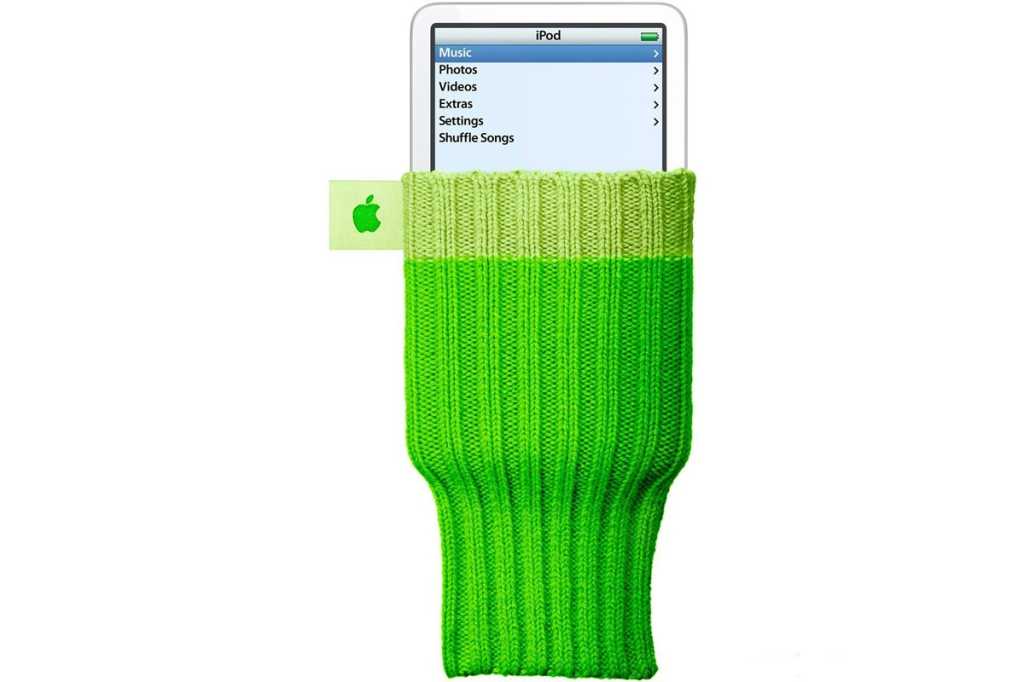 Some may have thought Apple’s iPod Socks, first show at Apple’s special event in San Jose, Calif. in October, were an elaborate joke. If so, the joke’s on them, because iPod Socks are now available for pre-order from the Apple Store for US$29. Apple plans to ship the iPod holders in early December. iPod Socks ship six to a box, and come in hues including green, purple, grey, blue, orange and pink. The knit holders fit all iPod models, according to Apple.

“Forgive us if we’re stating the obvious, but here’s how it works: Just slide your iPod into the sock to keep it safe and warm,” said Apple. “Slide it out to dock or change playlists. It’s as easy as … putting on a pair of socks.”