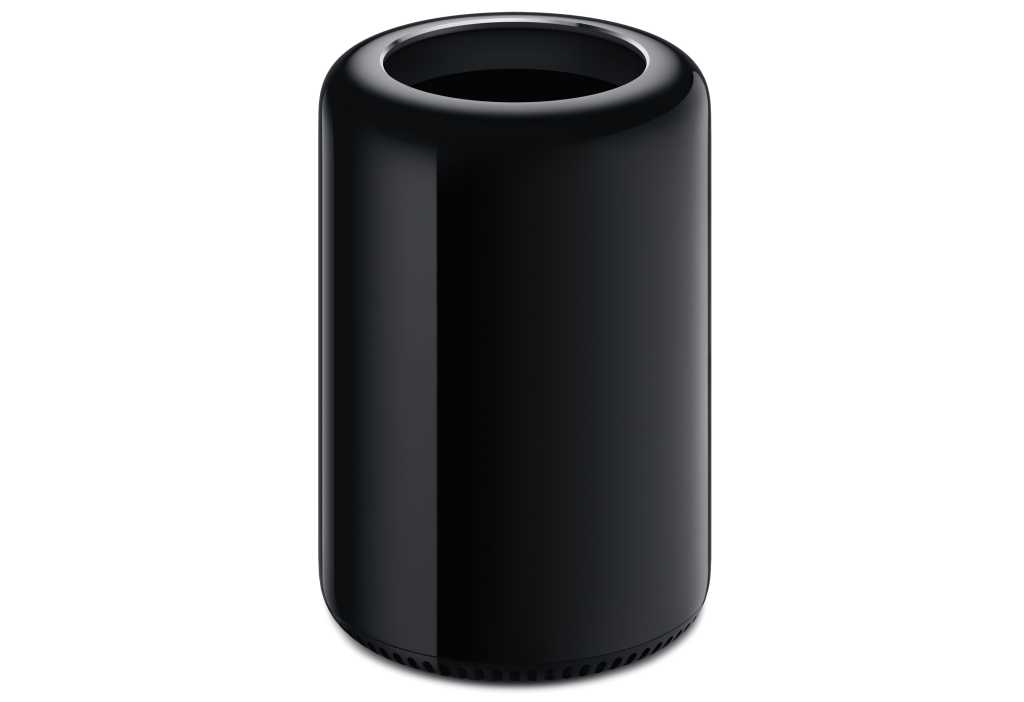 Back in March, I opined about the next generation of the Mac Pro, explaining both what I hoped for and what I actually expected. First, I was hoping for a new Mac that fell somewhere in between the current Mac mini and Mac Pro—a moderately expandable, more-affordable minitower that was still powerful. Second, I thought that Apple might not only make such a machine, but make it the new Mac Pro:

What if that Mac minitower isn’t just a new Mac Pro, but the new Mac Pro? It sounds crazy, but thanks to both technological advances and shifts in the pro market, Apple could conceivably offer a “pro” minitower and drop the full-size Mac Pro completely. I wouldn’t bet my paycheck on such a move, but for the first time, the technology is there—and Apple has a penchant for making bold, “We know better than you, trust us” moves.

Not unexpectedly, that article generated quite a bit of feedback, including a number of people pointing out (correctly) that what I wanted and what some higher-end users wanted were not necessarily one and the same.

Last week, Apple gave us a sneak peek at the Mac Pro so many have been waiting for, and that preview was a stunner—both because of what the new computer will look like and because of the features it will (and won’t) have.

We’ve told you everything we know so far about the latest professional Mac, but how does it stack up against my hopes and predictions, as well as the desires of the many Macworld readers who commented on that article? And what does it mean for the professional market?

Back when I used one Mac tower after another, I loved that I could upgrade pretty much everything, but in reality, I rarely swapped out more than hard drives, RAM, and the occasional video card or optical drive. Only once did I ever use an additional PCI slot. And yet because of their extensive expandability, the pre–2013 Mac Pro models use lots of floor space and lots of electricity, and they generate a lot of heat. So my biggest wish was for the next Mac Pro to get smaller and cooler.

As it turns out, while a subset of the highest-end users wanted to keep the Mac Pro huge (more accurately, hugely expandable), many power users, and even some pro users, agreed with me: Small is big.

Needless to say, we got what we wanted on this count, and then some. Call it a fancy trash can, call it a subwoofer, call it a mini jet engine—call it what you will, but you can’t call it big. In fact, the 2013 Mac Pro is tiny: It’s about one-eighth the size of the current Mac Pro in terms of volume. And at just 9.9 inches tall (the same height as an iPad—think about that) and 6.6 inches in diameter, it’s got a considerably smaller footprint than the Mac mini, making it easy to fit on your desk, rather than taking up much of the space under it.

More power to it

Of course, I—and everyone else—still wanted the next Mac Pro to be powerful enough to reclaim its spot as the undisputed top of the Mac line. Specifically, I said I wanted the latest high-end desktop CPU and a minimum of 8GB or 16GB of RAM. (I actually wrote “up to 16GB,” but that was an error—we corrected it for the print version of the article.) I also wanted an upgradeable graphics card, so that down the road I could swap it out for the latest and greatest.

In this department, the new Mac Pro gets top marks, with one (potentially major) caveat. It will indeed include the latest high-end desktop CPU—in fact, it appears that much of the delay in getting the new Mac Pro out the door is due to Apple waiting for Intel to ship its latest chips. That processor line, the upcoming Xeon E5, looks to be plenty fast: The new Mac Pro will be available with up to 12 cores, providing CPU performance that’s up to twice as fast as the current model, according to Apple.

The new Mac Pro also gets significantly faster memory—up to a whopping 128GB of it—and offers up to 60 GBps of memory bandwidth, twice as much as the current Mac Pro. (I think it’s a safe bet that the base model will start out with at least 8GB or 16GB, given the computer’s other specs.) Storage also gets a performance boost thanks to PCIe flash storage that Apple claims is 2.5 times faster than the fastest SATA-based solid-state drives and 10 times faster than the current Mac Pro’s hard drive. Expansion ports get dramatically faster thanks to Thunderbolt 2 and USB 3, and even Wi-Fi and Bluetooth have been upgraded.

Finally, when it comes to graphics, you get two workstation-class GPUs, each with up to 6GB of dedicated VRAM. Apple boasts that the new Mac Pro will provide over 2.5 the graphics performance of the current models, and it will be able to drive three 4K displays (and, presumably, even more sub–4K displays) simultaneously.

Some of the other items on Mac Pro wish lists focused on storage and expandability: I expected the new model to have Thunderbolt and USB 3, and I’d personally hoped for “two drive bays that could accept either traditional hard drives or SSDs; and an upgradeable graphics card.” With respect to traditional PCI slots, I thought one or two would be nice, but I suggested that they might not be as vital these days for some pro users. That last comment generated some passionate responses, but many readers agreed with the gist of it.

I didn’t get everything I hoped for here, and neither did many Macworld readers. For starters, there’s no traditional drive bay at all—just solid-state storage on a removable card—disappointing the many readers who wanted multiple bays. It appears you’ll be able to upgrade that flash storage (whatever the stock capacity ends up being), but if you want to use traditional hard drives, you’ll need to put them in external enclosures and connect them using either Thunderbolt or USB.

I actually expected this: As I wrote in March, “It’s not hard to imagine Apple making a smaller Mac Pro and suggesting that those who need more storage instead take advantage of Thunderbolt.” But I did think the new Mac Pro might include both an SSD and a large-capacity internal hard drive, configured together as a Fusion Drive. Instead, Apple went all solid state inside, and I suspect many pro users will end up appreciating the better performance they’ll get.

(And using external drives for additional storage isn’t exactly horrible in terms of performance—7200rpm hard drives aren’t fast enough to be limited by Thunderbolt, and USB 3 is more than capable enough for all but the most-demanding storage uses. But this approach does mean more cables and components on your desk, and it means that you’ll need to buy external enclosures for extra drives.)

< 1 2>
Dan is former Macworld senior editor. You can find him on the web at danfrakes.com.