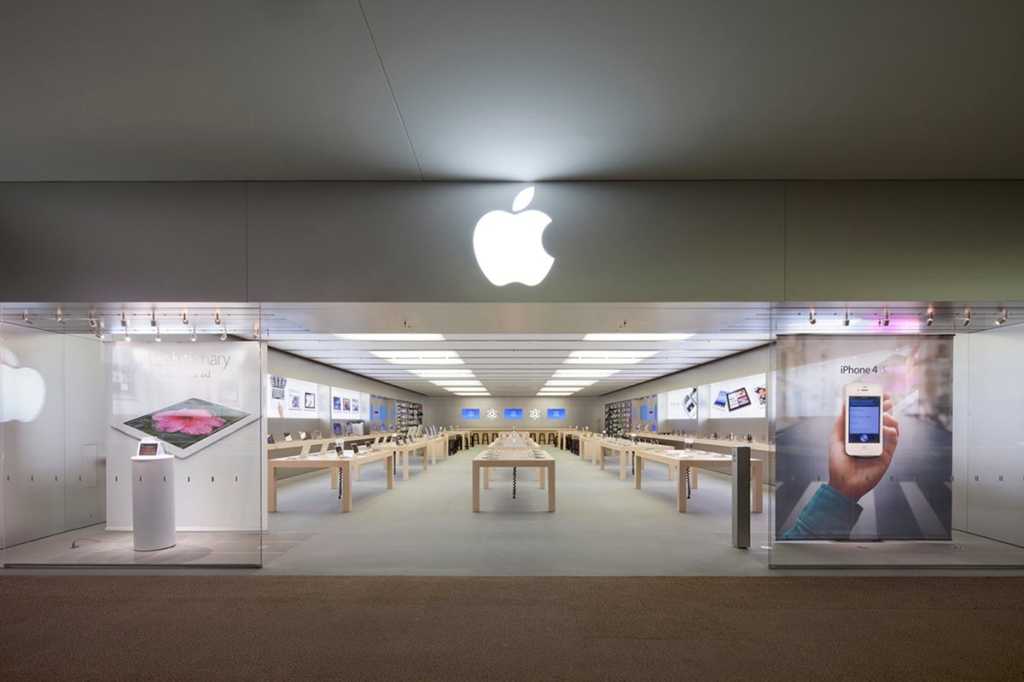 Editor’s note: this article originally posted on May 19, 2011 and was written by Benj Edwards.

In that age of uncertainty, many thought Apple’s dip into retail waters was an act of supreme foolishness. But as Apple is wont, they did it anyway. The choice turned out to be a wise one indeed.

In Virginia, some 500 people lined up in the pre-dawn hours of the morning of May 19 for a chance to be the earliest inside the first Apple retail store open to the public. The queue of Apple die-hards grew throughout the day until it reached over 1000. Security guards were on hand to make sure the throng did not violate fire codes regarding maximum occupancy.

“I have lived in this area for 17 years,” said one visitor to the store, “I’ve never seen anything like this, here or at any mall for that matter.”

In California, some 2600 miles away, hundreds of similarly-minded people lined up to enter the west coast’s first Apple Store, which was due to open later in the day.

The doors of the Virginia store opened around 10 a.m. Eastern time, and history tells that a man named Chris Barylick (who has contributed as a writer to Macworld) was the first customer inside. He had been waiting some six hours for the opportunity.

Inside, he found a spotless, well-lit space decorated with light wood, brushed steel, and crystal white glass. Apple had laid out its products—colorful, translucent iMacs and Power Macs among them—on wall-length, bar-height tables and white, kidney-shaped platforms throughout the store. Their locations were carefully planned, as Apple had invisibly divided the space into sections via understated signs hanging overhead.

Apple had officially announced its retail initiative only four days before, on May 15. On that same day, Steve Jobs himself guided select members of the press through a tour of the Virginia location. The press liked what they saw, and their reaction had set up the opening day to be a busy one.

Apple placed that particular store with the utmost care in a high-profile, high-traffic location: Tysons Corner Center in McLean, Virginia, a wealthy Washington, D.C. suburb. Tysons Corner had the distinction of being one of the most upscale malls in Fairfax County, then the richest county in the U.S.

The California store, somewhat ironically designated “store 001” in Apple’s books, opened three hours behind its Virginia cousin due to time zone differences. That particular shop stood in the Glendale Gallerina, a mall in the affluent Los Angeles suburb of Glendale, California. It held a similar internal configuration of products and layout as the one in Virginia.

Why those two locations? “They were the first two that were ready,” Steve Jobs told the press in 2001. The Tysons Corner and Glendale Galleria stores may have happened to open first by chance, but like the 23 remaining stores that opened in 2001, their locations were strategically planned ahead of time. Rumors of a complex algorithm for selecting store sites persist to this day, but to put it simply, Apple followed the smell of money—and the people that have the most of it.

A new kind of store

Around the turn of the century, Apple had been plagued with a decade of bad retail experiences at the hands of others. When the company decided it needed to expand into retail on its own, Steve Jobs looked to the outside and hired the best experts he could find to help the cause.

In 1999, Apple added Millard “Mickey” Drexler, President and CEO of The Gap, to its Board of Directors to give the company a touch of seasoned retail experience. The following year, Apple hired Ron Johnson, a former Target marketing executive who transformed Target from a K-Mart clone into a trendy retail destination for those seeking inexpensive but well-designed housewares.

It was Johnson who masterminded Apple’s retail plan. When first tasked with creating an Apple Store experience from scratch, Johnson found himself confronted with a sparse, stripped down Apple product line that had been the victim Steve Jobs’ drastic (but necessary) pruning over the previous four years. He wondered how he could fill an entire retail space with only four product categories (which happened to be the iMac, iBook, Power Mac G4, and PowerBook at the time).

After a few false starts, he realized that Apple should focus on the overall experience of using the products and, most importantly, the solutions they can provide to the customer. They could dedicate sections of the store for customers to actually use the products so they could see these different solutions in action.

At the time, Apple’s marketing angle positioned the Macintosh as the “digital hub” of the home. Ads focused on what customers could do with their Mac, whether it be to edit a digital movie, burn a CD, or organize their music collection. Johnson recognized that a customer’s relationship with a Mac was a long-term and intimate one, with the Mac serving as both a tool and a companion. Internally, he referred to this concept as the “Apple lifestyle.”

Whereas a product purchase at another retail outlet marked the end of the store’s relationship with the customer, in the Apple Store, the purchase would only be the beginning. All Apple Store visitors would be welcome to experiment with Apple hardware and software in the store.

What’s more, returning Apple customers would receive free (or inexpensive) service from the Genius Bar in the form of questions answered, parts replaced, or computers repaired. The store would also build up a culture around it through free seminars and community events hosted at the location.

Johnson’s approach with the Apple Store worked, and it worked well. Over 7700 people visited Apple’s first two stores in its first weekend alone, eagerly snapping up $599,000 of merchandise and happily loitering in a place completely and totally accepting of the Apple lifestyle.

Attendee reaction to those first stores was notably ecstatic, and the press response (even the non-Apple press) carried with it an unusual tone of feverish excitement, which was typically absent in the slightly dour and jaded era. It was as if both consumers and the media had seen something completely new and unexpected: a retail experience as original and exciting as one of Apple’s famous product reveals.

In time others flocked to the stores—not just Mac fans—and the welcoming, exploratory nature of Apple’s chain, crafted by Johnson, Jobs, and his team, is why it’s almost impossible to find an Apple Store that is not bustling with people today.

The financial and critical success of Apple’s first two stores paved the way for the hundreds of Apple Stores that now span the globe. Plans for more stores are in the works, and there presently appears to be no end to Apple’s retail success in sight. All this because of a wise decision Apple made in the season of discontent. It is, truly, the best of times for Apple.