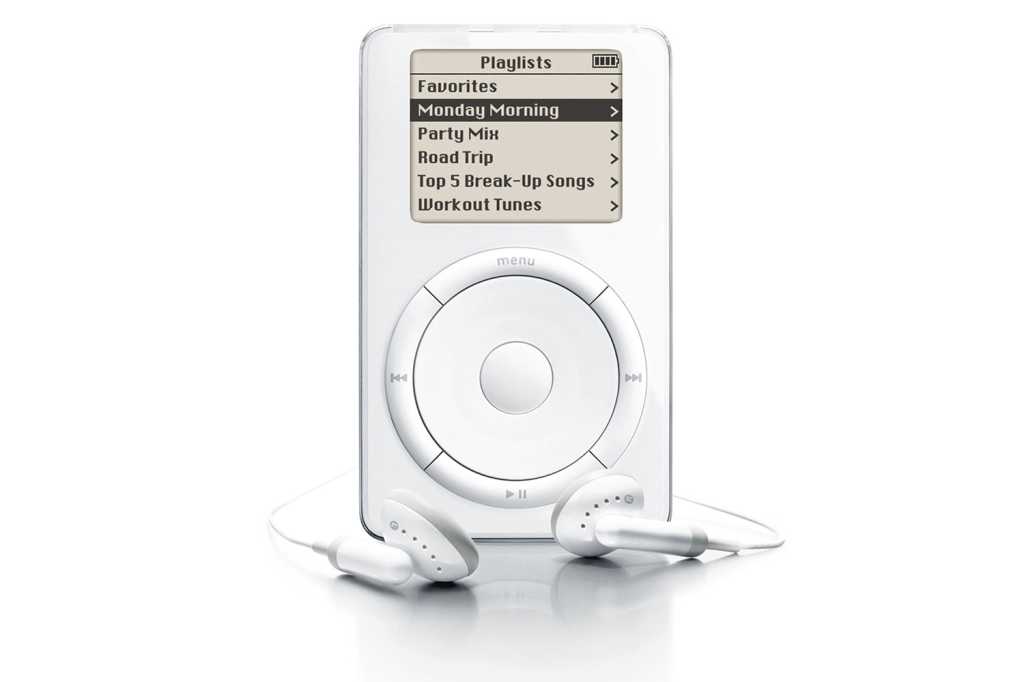 With Apple’s portable music project officially in gear, Fadell needed to settle on a release schedule. After some consultation with Apple’s marketing department, Fadell decided that iPod would ship during the 2001 Christmas shopping season, which only gave him six months to form a team, develop a product, get it manufactured, and push it out the door.

While Apple dominates financially today, 2001 marked an uncertain time for the company. The recent tech stock crash loomed fresh in everyone’s minds, and Apple was just barely breaking even financially. The company’s main focus was on the Mac computer line, and it had few resources to spare for other projects.

Fadell knew he had to finish iPod quickly so Apple wouldn’t shut down the project; he had to justify its existence as a financial drain on the company. He also felt that competitors would beat Apple to market with a similar device if Apple didn’t work as fast as it could.

To build the core iPod development team, Fadell hired engineers from his startup company, Fuse, and veterans from General Magic and Philips.

“We weren’t able to take other engineers or other resources from other parts of Apple because they were already constrained,” says Fadell. “We couldn’t shut down the Mac to build the iPod, right?”

Apple placed Fadell’s team, which consisted of about 25 regulars and a varying number of contractors, in what could be considered the Siberia of Apple: one of the oldest, dingiest buildings on its campus. (The building was so dilapidated that Apple had to kick the iPod team out after a couple of projects to substantially renovate it.)

The iPod team’s open cubicle workspace made for a rowdy and playful environment. Fadell tells of the team members’ attempt to write their initials in wet concrete outside the building (they were caught), and about the time one of the engineers accidentally stuck a screwdriver through a lithium polymer battery. It exploded, causing a nasty fire that sparked an internal FBI-like investigation scene with Apple Legal looking on.

Hashing out the details

With the launch deadline looming, Fadell’s team didn’t have time to develop all of the iPod’s components in-house. While the power supply and display design drew from Apple’s expertise, the heart of the iPod, a specialized MP3-playing chipset, came from a San Jose company called PortalPlayer.

A company called Fostex would manufacture the included Apple-designed earbuds. Fadell says earbuds were an obvious design choice because they’re more portable, harder to break, and don’t mess up your hair like traditional headphones do.

Meanwhile, Jeff Robbin, the programmer in charge of iTunes development, began work on the software end of the iPod. With so little time to debug a custom operating system to run on PortalPlayer’s MP3 chipset, Robbin sought the help of Pixo, a Cupertino company that ultimately provided the iPod’s basic OS.

Robbin’s team, which included Apple interface designer Tim Wasko, would create the high-level user interface and music playing software in the iPod, as well as the version of iTunes that would sync with the iPod at launch.

Both teams put in long hours creating the device: 18 to 20 hours a day, seven days a week, according to Fadell, which took such a toll on his personal life that his girlfriend broke up with him.

While developing the iPod, Apple used a shoebox-sized prototype that enabled easier debugging while also obscuring the ultimate size of the device. Even within Apple, not everyone was certain of all the iPod’s intended characteristics.

And what characteristics it would have. As with all its products, Apple wanted the iPod to stand out visually. While the software and hardware teams chugged away, Jonathan Ive’s industrial design group got to work crafting the exterior appearance of the iPod.

After dozens of prototypes, Ive’s team settled on a design: a simple box, the size of a pack of cards, clothed in a white polycarbonate front that set into a mirror-finish stainless steel case.

Two elements dominated the iPod’s face: a simple rectangular display, and the now-iconic scroll wheel, which (unlike late models) physically moved when you spun it. The iPod’s physical appearance eerily resembled the Braun T3 Pocket Radio designed by Dieter Rams, one of Ive’s admitted design heroes.

Ive intended the iPod’s “shockingly neutral” white and stainless steel case to set it apart from a world of black and dark gray portable digital gadgets.

The iPod would have no removable battery door, no on/off switch, and no screws. Apple would seal the iPod’s inner technological wizardry away from the prying hands of the user, silently conveying a simple message: it just works.

So much about the iPod was new for Apple. Coming from a company accustomed to selling computers, Apple wasn’t quite sure how to sell a consumer music gadget, which undoubtedly would be aimed at a different audience than the Mac.

Even the label on the iPod’s box demanded special consideration for Apple: as a consumer audio gadget, the iPod had to comply with different trade laws regarding warning labels than those for the Mac.

To help with those tasks, Apple brought in outside experts who would assist in crafting the initial iPod marketing campaign. One of those experts, a freelance copywriter named Vinnie Chieco, gave the iPod its name.

In response to Steve Jobs’ digital hub strategy, Chieco began brainstorming about what interfaces with a hub. Chieco imagined a spaceship as being the ultimate hub from which a smaller craft—a pod (think “Shuttlepod” in Star Trek)—could come and go.

Better yet, iPod wasn’t descriptive of the music player’s function, allowing the iPod’s capabilities to evolve over time without needing a name change. Steve Jobs liked it, and the name stuck.

After considerable work, Apple marketing managed to pull together a campaign that emphasized style and fashion over tech specs, which were familiar approaches for personal audio products. It would turn out to be a winning strategy.

After six months of hard work, the iPod began to come together. The concentrated and well-organized efforts of Apple’s various iPod teams proved that they could finish the product in time, but one hiccup almost got in the way.

The events of September 11, 2001, took place during the final stretch of the iPod’s development. As the attacks unfolded, an Apple team carrying key iPod prototypes from Taiwan landed on U.S. soil—just before the U.S. government shut down air travel nationwide. The iPod prototypes made it in time.

The events of 9/11 galvanized the goals of the iPod project. Apple employees adopted an ethos common to the time: If they stopped performing their regular duties—if they stopped pouring their passions into products they loved to create—they were accepting defeat. Fadell says that the iPod group’s persevering spirit proved essential in preventing a delay that would have resulted in Apple missing the 2001 Christmas shopping season.

The iPod team met its deadline, shipping the first iPod in November 2001. To date, Apple has now sold more than 304 million iPods.