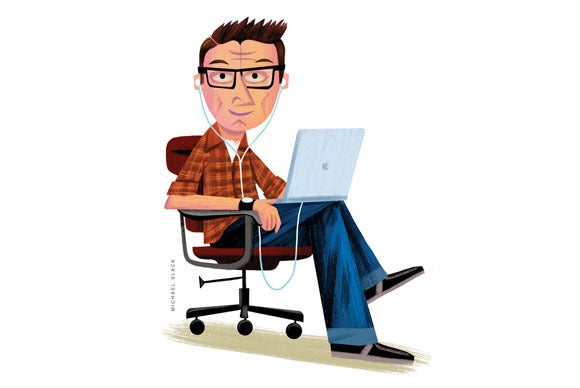 Is it better to tag by year or not to tag at all? To move a library, which files go where? Any trick to make playlists from folders? How to find tracks with or without lyrics? These are the questions I tackle in this installment.

Q: I am a 1970s fan, and I have a smart playlist that grabs songs released between 1970 and 1979. I am missing a lot of songs because I bought some “Best of” and “Hits of the ’70s” albums, which have release dates of the albums, not of the songs. Is there any way I can fix this?

Yes, you can deal with this problem using the songs’ Year tags. If you look at the screenshot below, you’ll see a song that was performed in 1973, but the disc it’s on was just released last month. I manually set the date, because when I ripped the CD, iTunes got information from the Gracenote database showing the 2012 release date.

To change the Year tag, click on a song then press Command-I; you’ll see the window above. If you want to change multiple tracks—say you have several songs from 1976 on the same album—select them all, press Command-I, and change the date in that window, which will look slightly different from the one pictured here. Not sure what year a song came out? Look it up on Wikipedia, or on AllMusic.

Q: I have my music collection organized by folders named after artists, each containing folders named after albums. I’d like to drag several folders onto iTunes’ playlist column and have them appear as new playlists, with the same names as the dragged folders. However, simultaneously dragging more than one folder always creates an “Untitled Playlist.” For example, if I drag “Zappa” and “Mozart” folders into the column, I end up with “Untitled Playlist.” I have far too large a music collection (ripped from CDs) to create playlists individually and would really like to create multiple lists at once.

You can’t do this with iTunes. However, Doug Adams recently updated his Drop to App and Make Playlists AppleScript (payment requested).

This applet offers two options. First, it can make playlists named after folder names, as you want. Second, it can make playlists for each artist and album in a folder, such as “Frank Zappa—Shut Up ‘n Play Yer Guitar.” And it can even do this for files in your iTunes library; just select their folders from within your iTunes Media folder. It might look like it’s copying the files to your library, but it’s not.

Q: I have a library of more than 18,000 tracks on an external hard drive, since my MacBook Pro doesn’t have the space to hold them. I use smart playlists extensively based on the number of plays and skips per song. I’m about to purchase a new iMac and I would like to keep the library intact (plays, skips, last played, and so on) as I move it to the new iMac. Is it possible to transfer the library files to the new unit to maintain my library as it currently stands? If so, which files do I move?

The easiest way to do this when you get a new Mac is to use the built-in Migration Assistant, which will copy your files from one Mac to another.

If it’s already too late, or you don’t want to use the Migration Assistant, here’s what you need to do. Find the Music folder in your home folder (the one with the house icon and your username). Inside that folder is an iTunes folder. You’ll want to move that folder to the same location on the new Mac.

You’ll also want to move your iTunes preferences file. To find this, in the Finder press Command-Shift-G and type ~/Library/Preferences. In this folder, type iTunes in the search field. Sort the results by date modified and find the most recent file named com.apple.itunes.plist. (There may be more than one, including some with additional words in their names.) Copy this file to the same folder on the new Mac.

The .plist file will retain your settings; if you don’t copy it, your library and playlists will still be intact. The .plist file also contains the location of your external drive. If you launch iTunes on the new Mac and your music isn’t found, go to iTunes’ Advanced preferences and next to iTunes media folder location, click on Change and select the copied iTunes folder on your hard drive.

Q: Is there is a way to see which songs have any info in the Lyrics field. Can I create a smart playlist to find this?

No, smart playlists can’t check the Lyrics field, but I can understand why you might want to find songs with or without lyrics. Doug Adams’s $2 TrackSift () has a tool that can create a playlist containing all the tracks you have that don’t contain lyrics.

The app also lets you limit the search to specific genres, so that you don’t include, say, all your classical music or jazz.