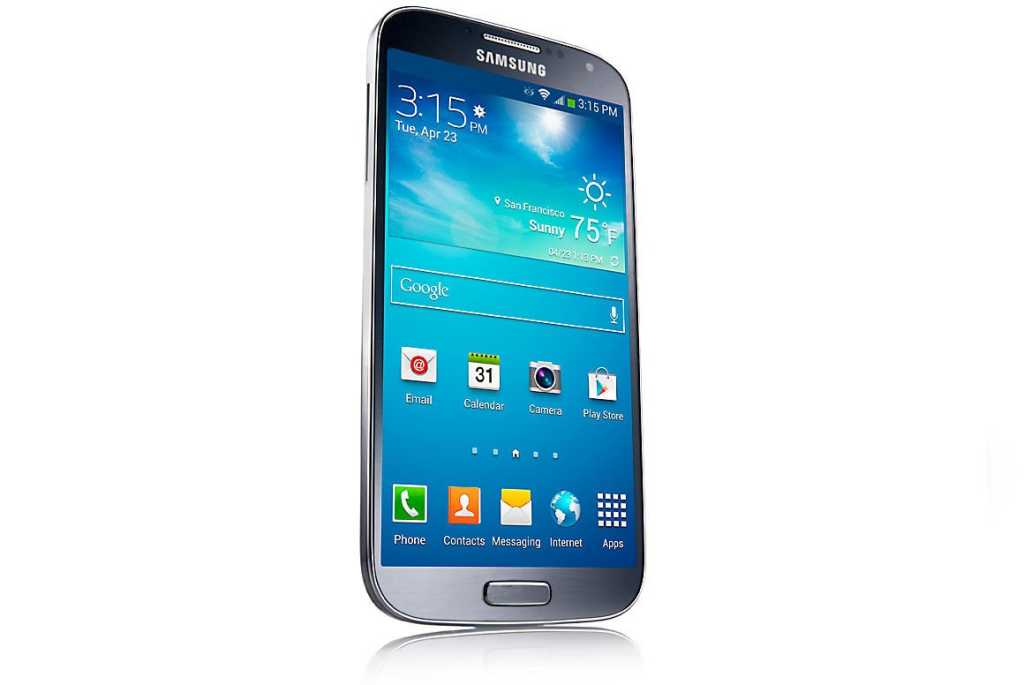 Samsung’s Galaxy S4 infringes on 5 Apple patents, according to a court filing by Apple.

Apple wants to add the new Galaxy S4 to an ongoing case involving Apple and Samsung being heard in the U.S. District Court, Northern District of California, San Jose Division, according to a filing with that court on Tuesday.

Samsung’s newest flagship smartphone was launched in March and went on sale in the U.S. in late April.

“Apple obtained the Galaxy S4 on April 27 and immediately began its infringement analysis, including Samsungs customizations of the Android Jelly Bean platform, covering the eight asserted patents,” Apple stated in the filing, adding that it tested S4’s sold by AT&T, T-Mobile and Sprint. “That analysis revealed that the Galaxy S4 infringes five of Apples asserted patents in the same ways as Samsungs already accused products,” it added.

The S4 allegedly infringes on two patents related to user interfaces, two Siri-related search patents and a data synchronization patent, according to the filing.

Apples infringement analysis focuses on Google functionality that Samsung incorporates into its devices, Apple said in the filing. The two Siri-related patents are infringed by the Google Now search application on the Galaxy S4, according to Apple.

To determine if Samsung and Google infringe on Apple’s patents, the company has been reviewing confidential source code made available for inspection by the two companies since June 2012, according to the filing.

“Apple encountered a number of problems with the review,” it said. Initially, Samsung made the source code available for inspection on computers connected to a live copy of Samsung’s development servers in Korea, Apple said.

“These servers provided Apple not only the source code for released versions of its source code, but also a window into its ongoing development process, thereby complicating the review process. Comingled with the source code actually used on the accused devices, there appeared constantly-changing versions of unreleased source code and works-in-progress,” Apple said.

This setup also resulted in long delays in downloading the source code. There were also server outages and changes in the source code that prevented Apple from effectively reviewing the relevant accused code, Apple said.

After long negotiations, Samsung agreed to make a local copy of approximately 1.9 terabytes of source code available to Apple, according to the filing.

Apple then asked Samsung to correlate its source code with the “accused products,” and based on Samsung’s answers on April 12, Apple has been able to match its analysis of the source code produced by Samsung to those products, Apple said.

In addition, Apple also had to review source code obtained from Google, it said. Google however did not make the bulk of its source code available until March 31, Apple said. It pointed to those delays as an argument for why the court should allow the new infringement claims to be added to the suit.

Apple requested that its motion to amend its Disclosure of Asserted Claims & Infringement Contentions be granted and added to the lawsuit that was filed in February 2012.