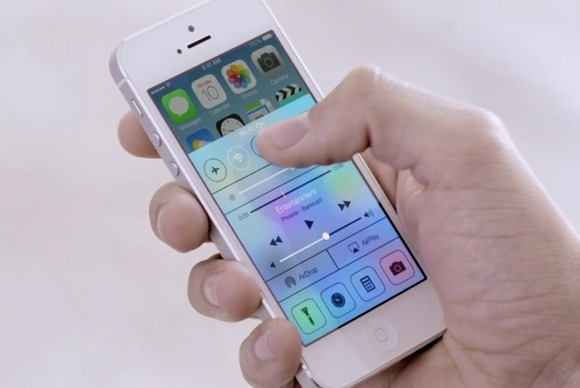 iOS 7 won’t come out until the fall, but since its unveiling at Monday’s WWDC keynote it’s been the talk of the Apple world.

Right now, we have four sources of information about iOS 7: What Apple said about it at that keynote; Apple’s own iOS 7 website; what we gleaned from our conversations with Apple executives on Monday; and the preview version of the operating system itself that was delivered to iOS developers on Monday.

That preview version was released under Apple’s confidentiality agreement with developers, which means that they’re not supposed to talk about the beta or show the beta to anyone. But developers are people too, and the changes to iOS 7 are so dramatic that everyone’s been passing around phones running iOS 7 this week, to see where the mobile OS is headed.

At this point, we don’t think anyone’s really served by detailed, page-by-page screen shots of iOS 7 right now: It’s just a first beta and (if you ask us) the OS is going to change a whole bunch before it sees the light of day.

On the day iOS 7 ships, and regular people can actually use it, you can expect to see detailed coverage from Macworld. But in the meantime, here are some first-hand impressions from those of us who got to spend a little time with iOS 7 this week in San Francisco.

Locking and unlocking the iPhone comes with a fade-in/fade-out effect, which seems to be a combination of a fade effect on the screen itself as well as a change in screen brightness. It’s gentle, but welcome.

As seen in the keynote, the new Slide to Unlock message on the lock screen no longer sits in a groove next to a button with an arrow on it. It’s just there, by itself, assuming you’ll know what to do. It’s pretty, but maybe a bit too subtle; the upward-pointing arrow for Control Center right below that slider confused even veteran iOS users, causing us to swipe up even when we meant to swipe right.

The most mind-blowing moment of Apple’s iOS 7 video during the keynote was probably the parallax effect that happens when you move your phone: The icons on the home screen stay still while the background image moves slightly underneath them. The effect in Apple’s video is much more pronounced than the one that’s visible in the developer beta. Apple executives told us that the parallax effect is a bit of a work in progress, and it hasn’t yet been decided just how pronounced it will eventually be.

When the iPhone launched, it did so with an unlimited data plan. Even now, iOS doesn’t give you much control over which apps are allowed to pull down data over your cellular connection (as opposed to Wi-Fi). But in this era of metered wireless data, that lack of control can lead to unanticipated data usage, which can lead to you running over your data allotment. The beta of iOS 7 suggests that you’ll be able to bar cellular data access to individual apps, as well as to see how much data each app has actually been using. More tools for users to manage their cellular data and to see if a given app is eating more than its fair share? This is a welcome addition.

Taking advantage of the raw power of today’s mobile devices, there are way more animation effects in iOS 7 than in previous versions of iOS. When you tap on an app to open it, the entire interface zooms toward the icon you tapped, and its content flies forward until its fills the screen. Press the home button, and the view pulls back from that icon to the home screen. Double-press the home button to enter the app switcher, and your current app similarly zooms backward and joins its fellow running apps in the lineup. When you unlock the iPhone, the icons drop onto the home screen slightly out of phase from one another. Even the little red notification badges that appear on apps pop into view with an animation. Some of these animations help to orient you, some are just for fun.

Your Calendar app’s icon has long been able to show today’s date, but the Clock app’s icon has eternally been stuck at 10:15 since the first version of the iPhone OS. iOS 7’s advances in battery life have at last brought the Clock app to life; you only have to glance at its icon to see the time of day.

Granted, you can also still look for the time in the iOS toolbar. But the promise of interactive app icons is intriguing indeed—even if it’s unlikely that Apple will ever let third-party developers in on the action.

In iOS 6, when your iPhone is plugged in and recharging, the battery icon on the status bar simply displays a lightning bolt, indicating that it’s plugged in; the lock screen displays a large battery icon indicating just how charged the battery is. In iOS 7, the battery indicator in the status bar remains visible and a lightning bolt appears next to the battery, gently pulsing. This is not just a cosmetic improvement: That battery indicator means you can see, at all times, how much more charging your battery needs before it’s full. (There’s also a subtle percent-charged indicator that’s displayed in place of the current date, briefly, on the lock screen.)

If you’re a fan of Multi-Touch gestures, iOS 7 has a few new fantastic ones to enrich the user experience. We saw some of these during Monday’s keynote: the right swipe to return to the previous screen; the flick up to activate Control Center; and the upward drag inside the multitasking screen to kill a misbehaving app. One other neat gesture we’ve seen: drag down from the middle of a home screen to activate Search mode, which drops a search bar down from the top of the screen and brings a keyboard up from below.

As a part of iOS 7’s new multitasking features, apps can be awakened remotely via a “silent push notification”—a message sent to your phone from the app’s developer. You don’t see any notification yourself, but the app does: it wakes up and can do work while you’re not using it. This can be a big deal, because it means that apps can wake up and download new stuff so that when you open it, that new stuff is immediately available.

Think, for example, of a service—Pocket and Instapaper, say, or book, comics, and podcast apps—that lets you add content from somewhere else and then read it on your iPhone. If Amazon updated the Kindle app to support this feature, the company could remotely load its app on your iPhone with books you’ve bought and new issues of periodicals that have arrived, and they’d be there ready to read the next time you open the app. In iOS 6, only Newsstand apps can do this, but in iOS 7 it’s available to every app.

Many of us have screens on our iPhones that are filled entirely with folders. So for us the news that iOS 7’s folders will themselves support multiple pages is music to our ears. Finally, we’ll no longer have to maintain separate Games 2 folders to handle the overflow when our original Games folders run out of space. We’ll no longer have to decide to drop utilities into a miscellaneous Web folder because they can’t fit into Utilities. iOS 7’s folders are bigger on the inside, and that’s just fine by us.

The news that iOS 7’s folders will themselves support multiple pages is music to our ears.

Restoring an iPhone works pretty well, but there’s always that issue of re-entering all of your stored passwords. While we appreciate the security of that, it can be inconvenient when you can’t recall some of those passwords you created back in the dawn of time. Fortunately, iOS 7 has an answer: If you’ve enabled the new iCloud Keychain feature, you can opt to have all of your stored passwords restored to your phone, along with the rest of your data. That’s especially handy, given that iCloud Keychain will suggest strong passwords to you—and you might not otherwise remember those.

Private browsing mode is a handy feature, but in earlier versions of iOS it was squirreled away deep within the Settings app. In iOS 7, it’s far, far easier to find: When you open the tabs interface, just tap the Private button in the bottom left corner. No more digging three Settings screens deep just to flip it on or off.

iOS 7’s new design is a stunning change to the iOS infrastructure, with layered looks and minimalistic icons. But for those of you thinking, “Gee, I might pay $99 for that developer’s kit just to get a glimpse of that new OS interface,” we’d suggest holding off. Sure, it’s nice catching glimpses of iOS 7 in the Apple keynote, in briefings, and around WWDC parties. But a first beta is still just that: a first beta.

We’ve enjoyed what we’ve seen of iOS 7, for sure. But we’ll enjoy it even more in the fall, when all the finishing touches have been made and the operating system is ready for primetime.