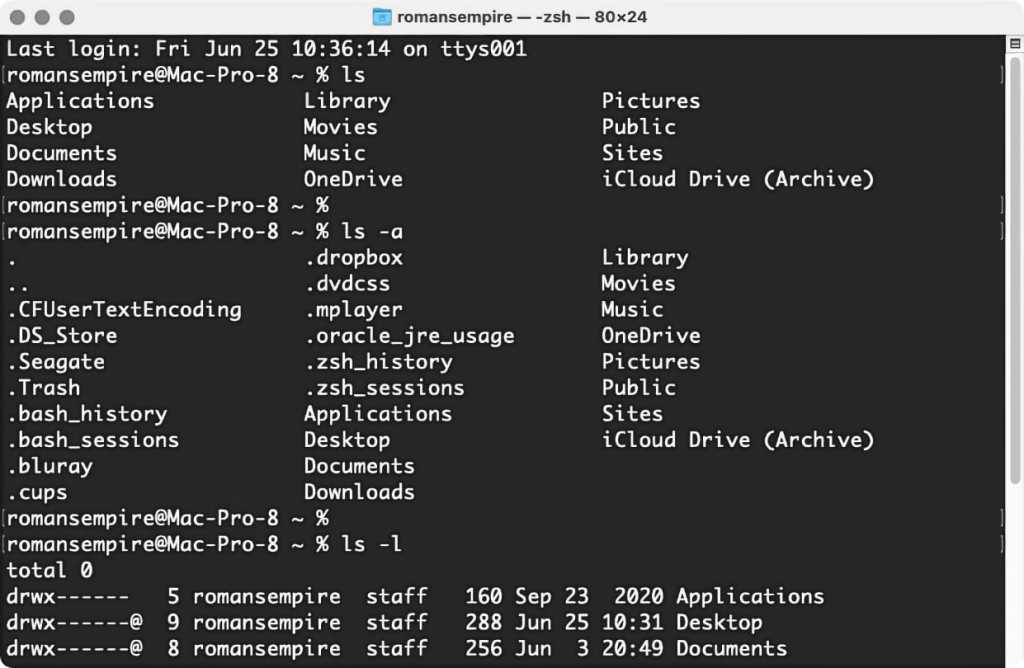 If you’ve been using a Mac for any length of time, you know that it’s more than just a pretty point-and-click, window-and-icon interface. Beneath the surface of the operating system is an entire world that you can access only from the command line. Terminal (in your /Applications/Utilities folder) is the default gateway to that command line on a Mac. With it, instead of pointing and clicking, you type your commands and your Mac does your bidding.

Why would you want to do that? For almost all of your computing needs, the regular graphical user interface is enough. But the command line can be handy when it comes to troubleshooting your Mac, to turn on “hidden” settings, and other advanced chores. It’s a good idea for anyone who isn’t an utter beginner to be familiar with it.

If you aren’t already familiar with your Mac’s command-line interface. First up: How to navigate the file system from the command-line prompt.

By default, when you open Terminal, the first thing you’ll see is something like this:

How to see what’s in a folder

When you first get to the command line, you’re in your home folder. While you’re there—or when you’re in any folder (directory in Unix-speak)—you might want to know what’s in it. To do that you use the ls (or list) command. Type ls and press the Return key, and you’ll see the folders (and/or files) in the current directory.

The output of the plain ls command is pretty sparse; it shows you the names of files and folders contained in the current directory (including some familiar ones such as Movies, Music, Pictures, and so on). Fortunately, you can add a number of optional switches to the ls command that allow you to see more information. For example, type ls -l (that’s a lower-case L), then press Return. You’ll see something like this:

Don’t worry too much about what all that means right now—we’re just getting our feet wet. The point is that ls can provide additional information about files and folders, depending on the options you specify. In this case, that additional information includes the name of the user who owns each item in the directory. (That ownership is part of the Unix system’s file-permissions regime.) The romansempire staff next to most of those items above means that each one is owned by the user romansempire, who is in the group staff. The other understandable bit of information next to each file and folder is the date and time each one was last modified.

One other handy option: You can view invisible files—ones that the Finder doesn’t normally show you—by typing ls -a. (These hidden files all have dots (.) in front of their names.)

When you’re in the Finder and you want to move to another folder, you find that folder and double-click it. From the command line, you use the cd (or change directory) command instead. So let’s say you’re in your Home folder and want to peek inside the Downloads folder. To do that, you’d type cd Downloads. (Remember to always type a space after any command that has an additional argument, such as the name of a directory in the previous example.) Once you’ve done that, ls will show you the contents of your Downloads folder.

Here are a couple of quick tricks for moving around in your Mac’s file system.

To learn more Terminal commands, see our articles on how to copy and move folders as well as delete files and folders using the command line and get help when you need it from man pages.