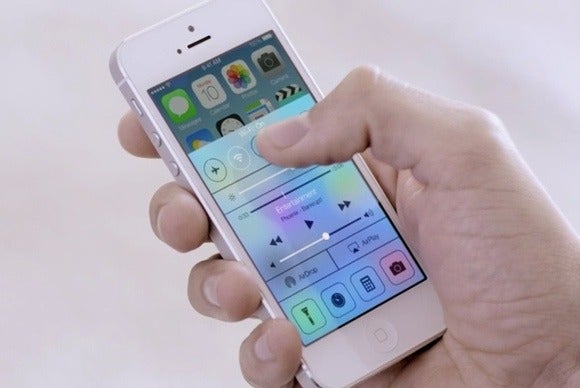 iOS 7 has arrived. As announced last week, Apple on Wednesday released a major update of the operating system that runs on the iPad, iPhone, and iPod touch.

Among its marquee new features: A new, “flatter” look-and-feel, with revamped icons, fonts, and other visual elements (less skeuomorphism); upgrades to such stock apps as Safari, Calendar, Camera, Mail, and Messages; a new easy-to-access Control Center, from which you can adjust commonly used settings without digging into the Settings app itself; improved multitasking; iTunes Radio; and, of course, much, much more.

(For details on all that, see our ongoing coverage of the new OS, including, of course, our review.)

The release precedes by two days the appearance of the iPhone 5s and iPhone 5c. In addition to those two phones, the new iOS will also work on the iPhone 4 or later, the iPad 2 or later, and the fifth-generation iPod touch or later. (iPhone 3GS owners, it may be time to upgrade.) Note, however, that some of those older devices may not support every feature in the new iOS.

You can upgrade to the new OS in one of two ways: Directly from your iOS device itself (Settings > General > Software Update) or through the traditional tethered approach by connecting your iOS device to a computer via a USB cable, then updating from iTunes.

The upgrade is free.

Dan is Editor of Macworld.