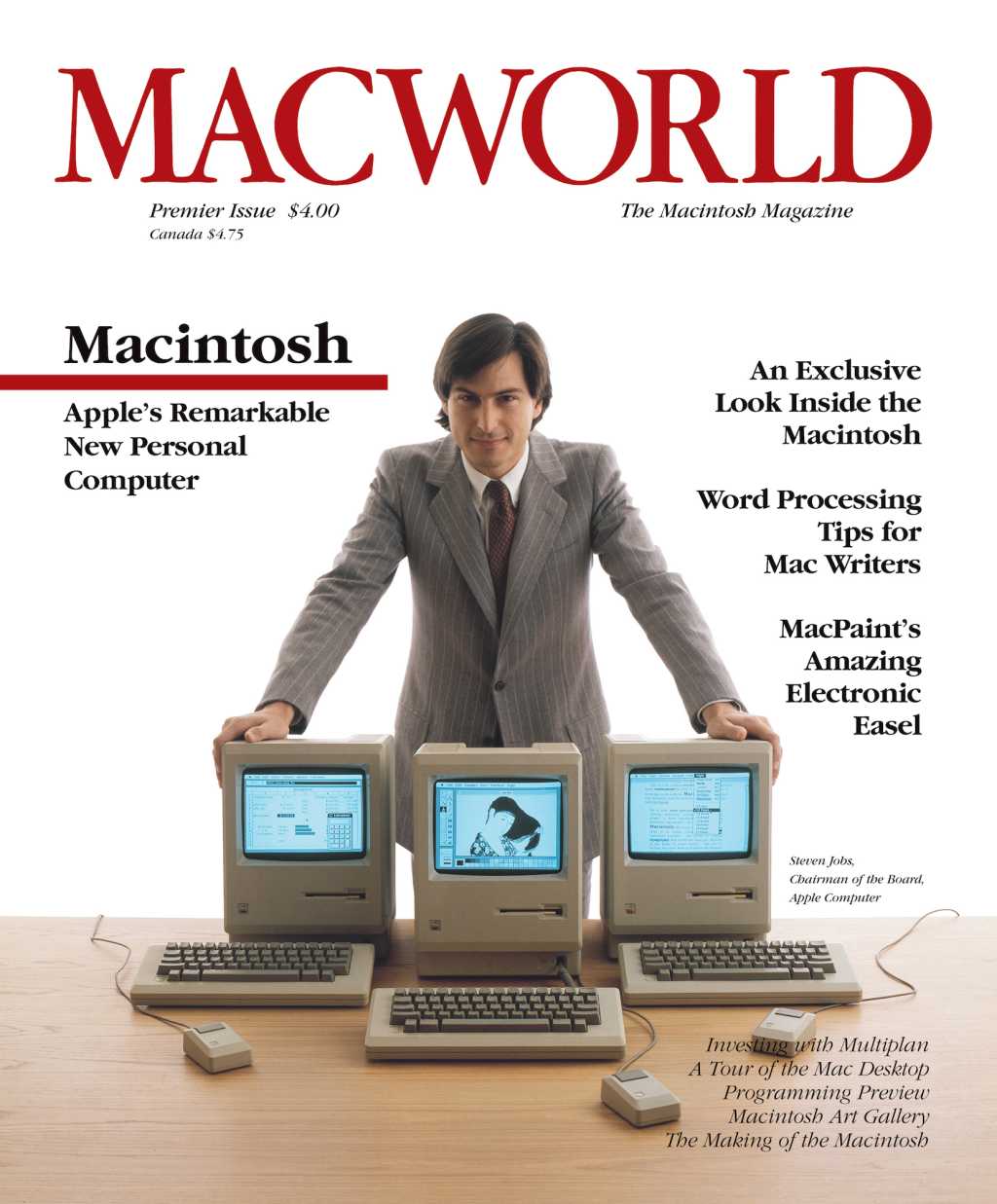 A few weeks after Steve Jobs posed for the cover of the first issue of Macworld, he changed his mind. He didn’t want to be on the cover anymore.

So David Bunnell, the founder of Macworld, used one of the oldest tricks in publishing: He lied about the magazine going to the presses.

“This is one of the highlights of my career,” said Bunnell, who told the story to a crowd attending the Mac 30th Celebration Saturday night at the Flint Center (the site of the original Macintosh introduction) in Cupertino. “I said, Steve, it’s too late, the magazine is off to the printer, it’s on the presses as we talk. There’s nothing we can do about it.” In truth, the entire issue hadn’t yet shipped to the printer.

The Mac isn’t the only thing that turned 30 last week. Macworld turned 30 too, having been released the same day the Mac came to market. “On the day that Steve introduced the Macintosh, we were [at the Flint Center] passing it out,” said Bunnell. “It was really a phenomenal event.”

Jobs initially didn’t want to be on the cover of the first issue of the magazine. “Getting this photo done was a major undertaking,” said Bunnell. It took some convincing by Bunnell and other Macworld staffers before Jobs finally relented. “How could we have this incredible magazine come out the very day the Macintosh comes out and not have Steve Jobs on the cover? It’s unthinkable.”

Jobs stressed that he didn’t have time for a photo shoot, so preparations were made beforehand to help the shoot happen as quickly as possible. According to Bunnell, a stand-in was used to properly adjust the lighting, props, and camera settings. That way, when Jobs arrived, he could simply stand in place, take some photos, and leave.

Of course, when Jobs arrived for the shoot, he immediately disliked what he saw. “The first thing he did was look at these screens,” said Bunnell, “and he didn’t like what was on the screens.” This set off a scramble to change the screens as quickly as possible.

Then when it can time to shoot, Jobs shouted to photographer Will Mosgrove, “Look, take a picture of this!” and Jobs held out his middle finger. Jobs continued by saying to Mosgrove, “Are you one of those photographers that takes a whole bunch of pictures and hopes that one of them turns out okay?”

Eventually, Bunnell got his photo. It was the one and only time Jobs ever posed for a cover of Macworld. Other Macworld covers featuring Jobs used licensed photos.