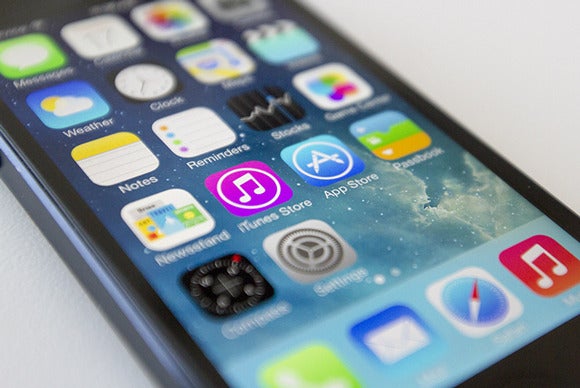 In the grand scheme of things, iOS 7.1 isn’t really an earth-shattering update, especially coming on the heels of the massive redesign that was iOS 7. But that’s not to say that there isn’t anything interesting in the latest upgrade to Apple’s mobile operating system. Here are just a few of the changes that have our staff applauding and, in some cases, griping.

If there’s one thing about iOS 7 that I detested over the last few months, it was the random crashes on my iPhone 5s. I crashed on websites. I crashed on the multitasking screen. I crashed while scrolling through tweets, turning on Bluetooth, and playing music. I got to know that sad white Apple logo on a matte black background far better than I ever wanted to.

But in the few hours since running the update, my iPhone 5s is speedier and happier, with nary a crash in sight. (I’m crossing my fingers that I haven’t just cursed myself by saying that.) Apple specifically called out this fix in its iOS 7.1 release notes—no doubt with knowledge of how much these random crashes have annoyed its userbase—and from what I can tell so far, it put in the legwork to back up that claim.—Serenity Caldwell

What with all the other changes in iOS 7.1, a minor tweak to FaceTime notifications might seem like small potatoes, but hear me out. As of this update, answering a FaceTime call on one of your devices will clear those notifications from your other iOS devices. What heartens me about this change is Apple’s cognizance of the fact that many of us are using multiple devices, and we often see the same notification pop up two, three, four times or more. Notifications have proved tricky, and have become one of those most tweaked features in iOS’s lifetime, and this seems to me another step in the right direction. iMessage notifications already clear on other devices if they’re read elsewhere, so it’s time for the next level: figuring out a way to save us from being pinged on every single device we own simultaneously.—Dan Moren

There are just two improvements to Apple’s built-in apps in iOS 7.1, but they’re much-welcomed ones. I know my mother (and likely many others) will rejoice over the fact that the Calendar app once again has an obvious list option: When viewing a single day, you can tap the list icon at the top to view a full list of your appointments; in month view, you can toggle a list of the highlighted day’s appointments, which show up beneath the month’s calendar. Though I’m a Fantastical convert, this change at least improves the usefulness of the Calendar app for many users.

New to the iPhone 5s is an automatic HDR setting for the Camera app. Previously, iPhone 5s users had to manually turn on or off the High Dynamic Range option; now, if you select HDR auto, the camera automatically detects when an image might be improved by HDR, and shoots in that format. This is a huge boon for shooting HDR photos—usually I keep the setting turned off because I end up with lots of duplicate images. (I have “Keep Normal Photo” enabled in Settings > Photos & Camera so I see both the original and HDR version of the picture.) But automatic HDR only kicks in when you’re in a situation where it might truly help your photo. It’s an awesome improvement to the iPhone’s already excellent camera. —SC

For those getting motion-sick or otherwise nauseous from iOS 7, there are nice tweaks to the Reduce Motion accessibility feature that change most of the bouncy system transitions into calmer cross-dissolves; enabling it will also remove the moving backgrounds from the Weather app and the buoyant texts in the Messages app. Similarly, the Bold Font option now applies more broadly across the OS, making text even easier-to-read for those iPhone or iPad users who are averse to skinny fonts.

But despite their utility, the Accessibility section is starting to grow crowded with all of these new options—and some of them have started to feel more like concessions on iOS 7’s design than anything else. In prior OSes, if users didn’t like a design choice, too bad. In iOS 7, if you don’t like something, chances are you can change it in Settings > General > Accessibility.

Whether all of those changes are good, well, that’s a matter of opinion. I rather wish Apple would settle on something. Lately it feels like every time I’ve just gotten accustomed to whatever effect the company’s applied to the Shift key, it’s been replaced. It’s not that I don’t like the changes (the new dark keyboard overlay in the Lock screen is particularly good) but it’d be nice if Apple’s design team would pick something and stick with it. Iterate, maybe, but don’t throw out the entire design and start from scratch every time—I’m looking at you, call screen. —SC

I’ll say it: I’m not a fan of the new Button Shapes accessibility option that Apple’s added in iOS 7.1. I understand the point of making buttons more obvious, but to put the “brutal” in “brutal honesty,” I think the shapes are hideous. More to the point, I feel like providing the option is a step backwards by Apple, a backing off of the convictions that led to iOS 7’s design in the first place. While this isn’t the first time Apple’s provided an option for a controversial interface decision (remember the arrival of the translucent menu bar in OS X?), this piece of backpedaling seems a little silly to me. I wonder how many people will, like me, turn on Button Shapes for about five minutes before quickly fleeing back to the shapeless present, with a sigh of relief. On second thought, maybe that was Apple’s idea all along… —DM

At last, buttons are buttons

Unlike the other Dan, I’m happy to see the new Button Shapes option. Pre-iOS 7.1, many “buttons” in many apps weren’t really buttons at all. Rather, they were simply text that did something if you tapped on it—and that text was often the same color as non-button text. It was the kind of “for the sake of design” UI that drove many Mac users and developers batty—not to mention that left users wondering what was a button and what wasn’t. So while I do agree with Dan Moren that the new button shapes could look better (it feels as though someone at Apple said, “You want button shapes? I’ll give you button shapes!”), from a usability standpoint, they’re welcome. Here’s hoping that in iOS 7.2 they’ll look as nice as the rest of the OS.—Dan Frakes

It’s too early to say whether Apple’s promised fixes for Touch ID reliability in iOS 7.1 are the cure for all our fingerprint scanning woes, but as someone who’s spent an extensive amount of time troubleshooting Touch ID, I’m hoping for the best.

Touch ID wasn’t terrible on iOS 7 if you scanned the same finger multiple times from different angles, but without that knowledge, it was easy to get frustrated and disable the feature. I’m crossing my fingers that Apple paid particular attention to the rescan function: In iOS 7.0, Touch ID did a partial rescan of your finger every time you unlocked the phone, which more often than not seemed to muddle that data rather than clarify it. —SC

Despite the occasional “I can’t take any requests right now” message, I’ve grown to depend on Siri. I use the feature daily to send text and email messages, to set timers, to add appointments and reminders, and much more. But Siri and I have long had a communication problem: She doesn’t like pauses, and I frequently pause when I’m thinking of how best to phrase a command or message. Which results in frustrating situations where I’m still dictating a message, but Siri has jumped ahead to “Ready to send it?”

iOS 7.1 improves our relationship by adding what is essentially a push-to-talk feature to Siri. If you hold down the Home button while conversing with Siri, Siri won’t process your voice command or message until you release the Home button. You can even use this trick in the middle of a Siri interaction: You can say “Text my wife,” and after Siri responds with, “OK, what do you want to say … ?” you can then press the Home button and hold it down until you’re finished dictating. Siri will wait patiently, and only after you release the button will Siri transcribe what you’ve said. So … thank you, Siri … I’m so … happy we’re communicating better.—DF