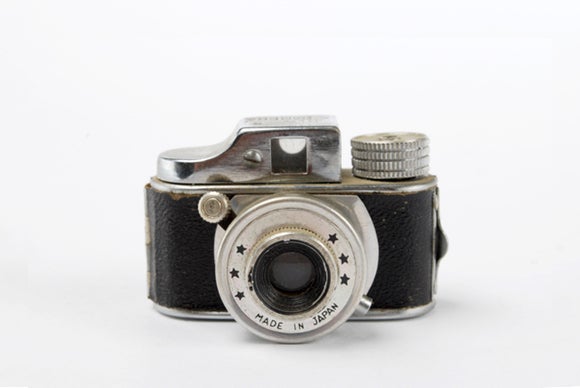 The day of the standalone digital camera has passed for all but professional photographers and those who aren’t paid for their work but have particular needs a phone’s built-in camera can’t meet. Smartphones won by making photos easy to share online.

This isn’t discounting the fact that a smartphone became the camera you always had with you, requiring one fewer gadget and its accompanying batteries and cables when traveling. Early smartphone cameras were of often terrible quality but convenient—now they’re both terrific and convenient. And I’ve talked to many professional photographers for whom a smartphone isn’t a replacement for their DSLRs or mirrorless cameras, lenses, and flashes, but a supplement—a choice that they can reach for, and sometimes reach for first.

Cameramakers had a window of time that stretched over 10 years during which they could have proven their relevance to casual and somewhat more serious photographers. They had a chance to carve out a niche that smartphones would have been contending against, and fight to be the second device someone opted by choice to carry along.

Instead they blew it by insisting on walled gardens or deals with a handful of photo services. They almost entirely missed social sharing, and they continue to misfire today.

I’ve been writing regularly, sometimes constantly, about Wi-Fi since 2000, and ever since about 2005 or so, when extremely tiny, low-power Wi-Fi radios became available, I’ve been beating a drum about wireless photo transfer. Cameras started to ship that year with rudimentary Wi-Fi, sometimes in the most expensive models and often in modest ones.

In 2008, I covered the new Nikon S52c for PCWorld, one of the best consumer cameras of the time that included Wi-Fi, and its horrible limitations. Rather than performing any sort of file transfer or sync, the camera uploaded a downsampled image to its freemium service and sent out an email.

At Ars Technica in 2009, I described the horrible frustration of the solution Sony came up with in one model, which was an embedded web browser through which you should enter network names and passwords, log into websites, and the like.

Nikon, Sony, Kodak, and others sometimes cut deals with photo-sharing and -printing services, and sometimes ran their own. But they almost always tried to suck you into a walled garden that they controlled.

They didn’t support (in consumer cameras at least) file-server and file-transfer standards like Secure FTP (SFTP) or WebDAV. Even Amazon S3 (Simple Storage Service), launched in 2006, would have make sense—it was in wide swing for cheap online access by the late “aughties.”

They also didn’t integrate directly with Flickr, already part of Yahoo and then one of the most heavily used services, but even when Flickr was an option, it required an extra step. Flickr had a social network long before Facebook and Twitter began to scale, but if cameramakers considered working directly with a division of Yahoo, they might have feared losing walled-garden fees and control of their customers.

SmugMug, founded in 2002, was a professional’s destination of choice—along with other firms, some now out of business—and would have been a logical place to which to transfer images, too.

The terrible part of this wasn’t that I and others were Cassandras crying into the night about the terrible Wi-Fi support, when it existed, and warning of the future when cameras would become obsolete. No, it was that there was already an alternative by 2007 that Nikon et al. could have looked to: Eye-Fi.

If you’re not familiar with the product line, Eye-Fi is an SD card with a full computer inside. Seemingly revolutionary at the time and now old hat, the 2007-era Eye-Fi card packaged an 802.11g radio system, a CPU, and 2GB of storage. Current models now range from 8GB to 32GB. (I reviewed one in 2007.)

You had to set up the Eye-Fi on a computer through an SD adapter or slot, but then it was good to go in any camera, powered by the trickle of energy required to run an SD card for storage. Whenever the camera was on, and in range of a computer running Eye-Fi software, it would transfer photos based on your parameters. The original version supported 17 photo services to which images could be automatically uploaded.

As they became more sophisticated, Eye-Fi models could handle the RAW format, connect to public free and fee-based Wi-Fi hotspots, and upload to the company’s own cloud. One of the neatest features I used was “endless storage,” where the card would delete images from the SD memory as space became tight if it had confirmed that an image was uploaded or synced elsewhere.

Eye-Fi convinced various cameramakers to integrate some support for its card over time, so that, for instance, a camera’s built-in power-saving shutdown would talk to the wireless card and wait until all images had transferred off. Or you could mark photos to transfer in camera, so that not every picture was synced.

Eye-Fi also added phone and tablet support. With an app, you could pull images directly from an Eye-Fi card in a camera without any cables or even an SD card adapter. Given that the iPad can be used quite effectively as a photo editor, this was a big leap.

But no cameramaker acquired Eye-Fi, and none borrowed many of its tricks. While its particular approach doesn’t fit everyone, there were no alternatives with as much ease and flexibility of getting transfers set up and walking away until the last couple of years.

User in your face

If you’ve ever used a digital camera, and I know you have, you probably hate the software. Even the best cameras have clunky software, often with a user interface that seems years or a decade out of date. Until relatively recently, cameras relied on low-function processors to keep cost low and battery life long. Touchscreens came late for that reason, and the extra cost of such a screen, as well as screens as large and good as some smartphones.

But software was arguably the weakest point. Apple users may not realize that most companies lack the integration of hardware, software, and firmware that Apple does. In many companies, operations are strictly siloed, or broken into different divisions that are led by different people and have sometimes competing scheduling, priorities, and rewards.

When you’re at a checkout stand, and the pad into which you swipe your card and enter your PIN or sign—did you notice that for the longest time, the text display would say, “Press OK” and the button (sometimes green) was labeled “Yes”? Or vice-versa? This is a result of siloing: the two division vice presidents at the pad maker couldn’t get their teams to align on the text that every customer saw every time they used the device; no senior person could fix that before it shipped.

Cameramakers thus suffer and still do from a lack of top-to-bottom alignment, and smartphone platforms—even when you have Samsung and others putting their own skin on Android—avoid it most of the time, even if you disagree with the choices made.

I just upgraded the software on my 2012-era Sony NEX-6, a very nice mirrorless camera, and the first digital camera I could afford that brought me back to the experience of analog, when I shot in the 1980s. The software update experience required navigating a terrible site, finding the Mac software, and going through a slightly awful, but ultimately successful experience. By contrast, my Samsung TV updates itself with a click over Wi-Fi.

Even with the update and an “app store” for add-ons, robust Wi-Fi support, and a seemingly powerful processor, the NEX-6 is still a throwback. Just to log into the app store requires entering a password through a scroll wheel—there’s no software that lets me configure access points from a computer, a built-in web server in the camera, or via a smartphone app. While I can upload to Flickr and Facebook and Sony’s own service, I can’t to any others. It’s a multistep process to launch an app, select images, and then push an upload, which takes over the camera until complete.

The past is remembered only in our memories and our pictures, and cameramakers missed many opportunities to remain relevant. But cameramakers are getting hip. Over the last few years, more and more have added first primitive and then more robust multiplatform smartphone apps for remote control, smartphone sync, and Internet upload.

The relatively recent mirrorless Fujifilm X-T1 ($1,200 for body) was cited by several people as having great networking and transfer support, including an automatic mode called PC AutoSave that works with OS X and Windows. It’s especially good at using a smartphone or tablet for remote control and for image transfer. (Reports on AutoSave are pretty dismal, though.)

Cameraphones are still scratching the surface of what’s possible, though the physics of lenses always wins: there’s a lot more to be tapped within the constraints of the lens size and focal length a smartphone will support. Cameras with full-size, interchangeable lenses and other characteristics will wind up being made by companies still known as cameramakers, but which now mostly reap profits from selling scientific and medical equipment, or which are shrinking divisions of larger conglomerates.

More powerful smartphones with better cameras will become better and better partners of standalone DSLR and mirrorless cameras, and computational photographic gear of the future. Smartphones won the battle for the easy end of the market, but they and tablets will be a complement of the smaller, niche market of the future.