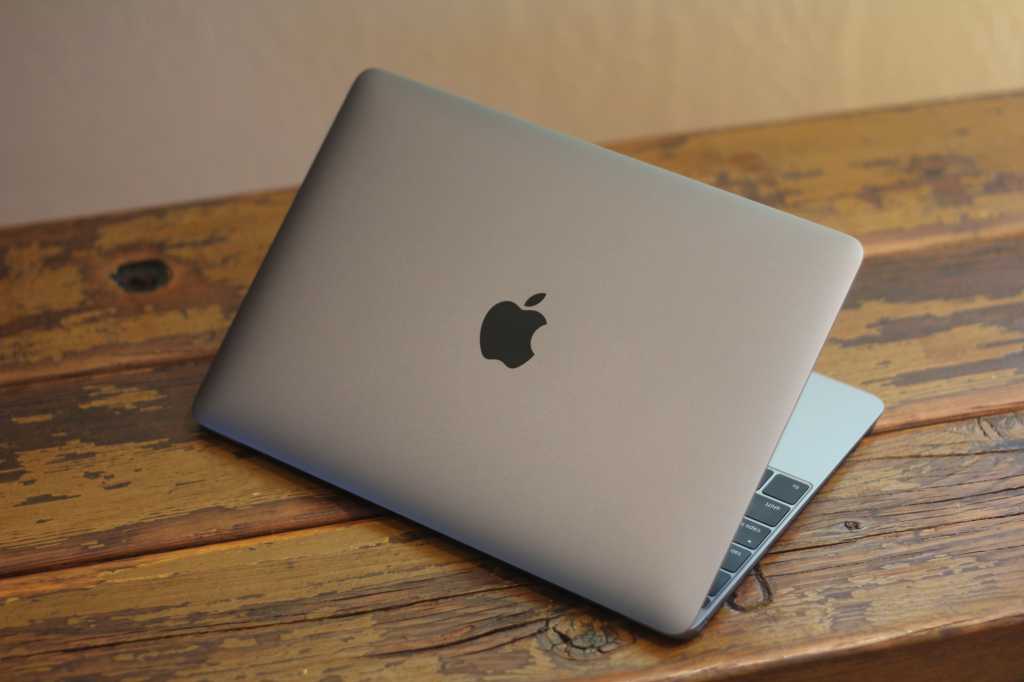 I thought it would be simple. I mean, how hard is setting up a new Mac? Just a few days ago, I’d gone through cloning a Mac mini’s internal drive and duplicating it onto an external SSD with no problem. How could a MacBook cause me difficulties?

Turns out, in plenty of ways. While I’d anticipated many of the issues with a device with a single port using USB-C, a standard that is very thinly in the marketplace so far, both I and executive editor Susie Ochs were flummoxed by what we experienced.

Here’s my rundown (with interjections from Susie) that may help you with similar troubles—if not amuse you.

What is the sound of one hand shipping?

We were already primed to be peeved, to be quite fair. Apple said in the announcement of the new MacBook that orders would start on April 10, the same day as it shipped. We took that mean, as is typically the case, that the model would be available for in-store purchase and pickup at some Apple Stores, too.

But that wasn’t the case. Orders were accepted for some models right after midnight with shipping times a couple of weeks out unless one paid the $10 expediting fee, which pushed home delivery up to April 15. Some models appeared to sell out almost immediately, with delivery dates weeks out.

Though we were surprised about the lack of in-store stock, Apple’s new models are sometimes highly supply constrained, and often airshipped directly from China to meet shipping dates. Fair enough.

But what we discovered when our computers arrived on Wednesday was actually rather appalling. The two USB-C multiport adapters—the Digital AV Multiport Adaptor for HDMI and the VGA Multiport Adapter—announced at the same time as the MacBook are the only way currently to use a USB Type A adapter while keeping the laptop plugged in and charging. Apple hasn’t announced any DisplayPort adapters, odd given their previous focus on Mini DisplayPort, but I was able to purchase a USB-C to full-size DisplayPort cable from Google.

On Wednesday, we went to order Apple’s adapters for testing, assuming we could pick them up in an Apple Store. However, they’re listed as available in…4–6 weeks. This seems like epically bad planning on Apple’s part. Only a subset of MacBook buyers will need HDMI—far fewer, VGA, except for backwards compatibility with projectors—but not having them available seems just peculiar.

Certainly, AirPlay is an alternative in many cases, and a superior one, but not for using a second monitor. Until multiport adapters ship from Apple and others, this makes the MacBook a nonstarter.

Getting started, or, rather, stalled

I have set up many a Mac, especially in testing, where I have to wipe and restore and start over to check out problems. But both Susie and I experienced glitches that we have to hope aren’t common. Consulting with colleagues, however, makes us think they aren’t unicorns.

I wanted to use Migration Assistant to do a Mac-to-Mac copy from my 2011 MacBook Air to the new MacBook. I therefore bypassed all the setup options, but you’re required to create one account before starting.

The new MacBook is making @sfsooz really sad, so I consoled her. (Photo via @JasonCross00) pic.twitter.com/d90EBAhVTg

Remembering from previous mishaps, it’s critical that the account name you set up not be the same name as any of the accounts you’re migrating. I typed in Glenn Setup (glennsetup) with the plan to delete it later. When I clicked to continue, a rainbow spinner appeared. Many minutes later, it was still there.

Colleagues on Twitter have seen the same thing, although typically when also logging into an iCloud account during setup. The only option was to force power-down the laptop and start over. The second account creation worked. Susie had the same problem when she tried to enable FileVault during setup, and had to force shutdown, restart, and start over.

A few days ago, Apple’s MacBook page focusing on USB-C included this language (we added the links to compatible cables):

The eagle-eyed Dan Frakes, formerly of this publication and now a senior editor at the Wirecutter, pointed this cached text out to me, as the page now omits it.

Target Disk Mode has almost always required either FireWire or Thunderbolt. The MacBook lacks both, and it’s impossible Thunderbolt will be supported via USB-C, while FireWire is unlikely though theoretically possible.

If you boot the MacBook holding down the T button, you do indeed see a USB symbol fill the screen indicator that the computer is acting as a drive. But it won’t mount on another Mac. It doesn’t appear in the System Information utility as being attached to the USB bus, even.

Without Target Disk Mode, you can still use Wi-Fi or ethernet for migration. I had problems with both. I first tried Wi-Fi, setting up my MacBook Air via Applications > Utilities > Migration Assistant to be looking to copy to another Mac, and then running the same utility on the MacBook.

The older laptop appeared, but was unavailable—a yield sign, when clicked, informed me the MacBook Air was using a newer OS. Yes, the MacBook was put in production before 10.10.3 was released. I continued in the setup process with migrating, and prepared to download necessary updates—2.1 GB for all of them, which is five hours with a 1Mbps connection and about 30 minutes with my cable modem speed.

The MacBook restarted, did its usually system setup at boot, and I tried Migration Assistant again. I was again told the system was too old, and I checked About This Mac: sure enough, 10.10.2. Go figure. Launching the App Store, I was told that updates were available and downloaded already. I let it restart again, and after two startup dings (one to update the Recovery HD), I was in business.

That is, until it failed each time I tried. The MacBook Air appeared ready, the MacBook willing, but the MacBook pooped out with an error each time. I lacked two USB ethernet adapters, so that wasn’t an option.

On to the next strategy, then.

I figured my next best bet—at least to simulate what most people would go through—was to make a full Time Machine backup of the MacBook Air, then mount it on the MacBook and use Migration Assistant to import it. (If I were doing this just for myself, I would likely have opted for SuperDuper or Carbon Copy Cloner, as I’ve written about recently.)

The backup went fine. I had a USB bus-powered 500GB drive, and the MacBook Air has an 250GB drive. Since it’s a 2011 model, it only supports USB 2.0, Thunderbolt, and 100 Mbps ethernet (via a USB adapter). Despite Time Machine suggesting the backup would take about three hours, it took four. The MBA is clearly hardware constrained from using USB 2.0’s full throughput, which should have been under two hours.

Then I went to plug the USB drive into the MacBook and realized my mistake. While I have a couple of USB-C adapters, I’d forgotten the drive used micro-USB; I had been expected to plug a USB Type A jack into one end. A quick trip to a nearby Apple Store later, and I had a USB-C to female Type A adapter, which will let me use any Type A connections. It’s the only USB-C data item Apple currently has available.

When plugged in, the drive didn’t power up. I tried other connections with the adapter and other cables, including ethernet and DisplayPort. Nothing. The MacBook could receive power via the included 29W adapter and via a USB port on my MBA, but nothing data-related worked.

So I zapped the PRAM. It’s been a long time since I had to hold down Command-Option-P-R after pressing the power button, but it worked. (I did two cycles, which is often recommended.)

Finally, everything was aligned, and the drive mounted and Migration Assistant accepted it. Except that with no external battery indicators and the Migration Assistant running, I couldn’t tell how much power was left. I’d charged it to 100 percent, and figured even with hours of USB copying, it would likely consume only a fraction.

In just over two hours and about 50 percent of the battery consumed, Migration Assistant completed its work, and I was in business.

Dan Frakes said that he was able to accomplish the same task much faster: he had a USB 3.0 drive and a 2012 MacBook Air, which features the newer standard. It took him about 20 minutes to clone his MBA drive and 20 minutes to migrate to a new MacBook. Must be nice.

What you may encounter in the future

USB-C is definitely an up-and-coming standard, and we’re seeing more shipping products and announcements for cables, peripherals, and accessories that incorporate it every day. There will soon be a true ecosystem of peripherals, and we won’t be reliant on Apple’s not-yet-available adapters. But you’ll certainly want to read the labels carefully on whatever you buy.

For instance, Apple’s included USB-C to USB-C cable is charging only—it omits some of the internal wiring for cost and slimness, and cannot be used to transfer data. Instead, you’ll need a cable marked for data or sync and charging, such as the upcoming USB-C to USB-C from Monoprice.

The MacBook is ready for business, but the bumps on the road were bigger than we expected. Have you run into any problems? Let us know in the comments.