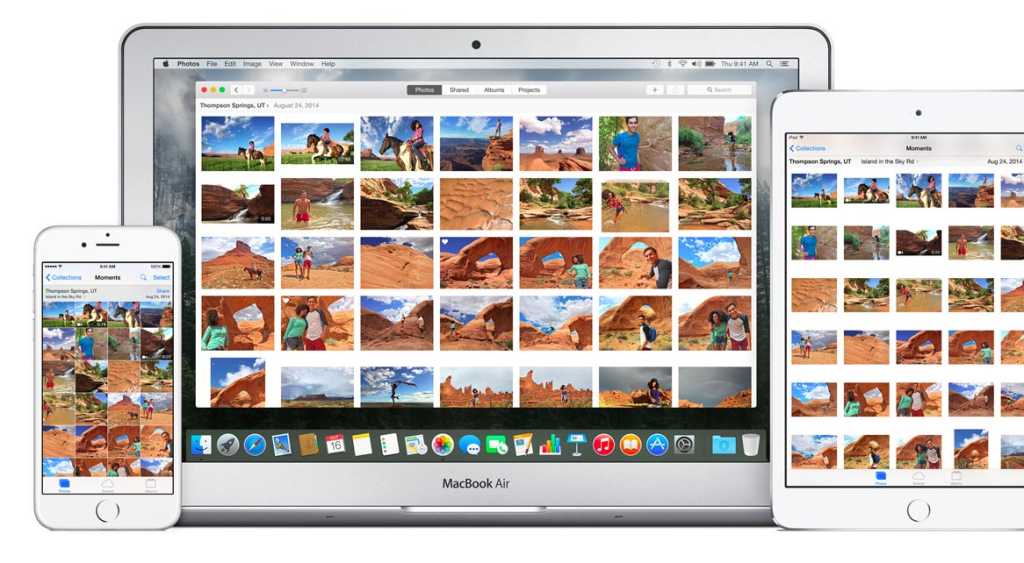 What a difference a week makes! Well, not really. Photos for OS X is one week older, and Mac 911 still has a huge queue of your questions, bug reports, and honest frustrations.

Remember that whenever a software product ships, it’s a compromise, and new ones more so than revisions. When 1.0.0 of Photos was released, Apple was already hard at work on 1.0.1, and if it conforms to the usual schedule within one to four weeks, we’ll see a doozy of an update that mitigates some of what we’re wrestling with now. Endure!

On to your questions.

Where did you go?

Jason Snell addressed how to geotag photos without using Photos in his column April 16. But readers are still trying to find out how to see locations on a map. I answered it briefly last week, but here’s more. Wayne Koabel’s question was typical: “After change to Photos from iPhoto, I can not find any places in my source list. How do I access the Places map in the new program?”

We’re all assuming Apple will add the ability to geotag media in a future release, although it’s hard to know philosophically if they’ll return the Places view—perhaps as an album, as it treats Faces.

The switch to moments as a key organizing metaphor has caught people off guard as well, and many are still trying to sort out how to adapt their previous method of working to Photos or restore what they had. If you aren’t seeing a list of albums and other special items at the left of Photos, choose View > Show Sidebar.

John P. Fosdick asked, “In iPhoto, my events were in chronological order. In Photo, they’re reversed. How do I arrange the events in chronological order again?” John Murdin noted with frustration, “I updated yesterday in the middle of a project which needed me to be able to sort according to photo name—which of course I could do with iPhoto yesterday but don’t seem to be able to do today with Photo!”

And Ray McEneaney discovered, “On converting to Photos for Mac, most of my captions have disappeared, and the ones that are left I can no longer put in alphabetical order. For example I had my complete bird list photos in taxonomic order.”

For now, except in albums, Photos only organizes images from oldest to newest. There are no other sort options by date, name, or other characteristics. In an album, you can drag photos into an arbitrary order, or choose View > Keep Sorted by Date to lock them in that same old-to-new view.

Several readers asked about converting iPhoto Events, which aren’t supported in Photos in lieu of moments. In the Albums list, you’ll find iPhoto Events as a folder. Inside are all the Events from iPhoto. You can drag these into the main Albums view or create new folder hierarchies.

Luis Quinones found 800 albums created from Events in one of his imported iPhoto libraries, and wondered if they could be converted to moments. Unfortunately, Photos automatically identifies moments: there’s no way to override and create them yourself.

Several readers preferred to merge multiple Events into a single one, and are not sure what to. In Photos, automatically created moments and user-created manual and smart albums are the only organizational tools. And albums can’t be merged: you can re-order them in the sidebar under the Albums label, but you can’t select multiple albums in the sidebar or drag one on top of each other.

The default Photos view doesn’t bring in settings from iPhoto about the metadata you want to show with images, and not everything is shown in the main view. The View > Metadata submenu has several options, each of which works differently. Oy, Apple. (Location’s utility is noted above.)

A caption or “description” doesn’t appear in any view, but will appear in the Info pane when the image is selected.

We’re always looking for problems to solve! Email us at mac911@macworld.com or tweet them at me (if brief) @glennf. Mac 911 can’t provide direct email responses or answers for every question. For that, turn to AppleCare, an Apple Store Genius bar, or the Apple Support Communities.