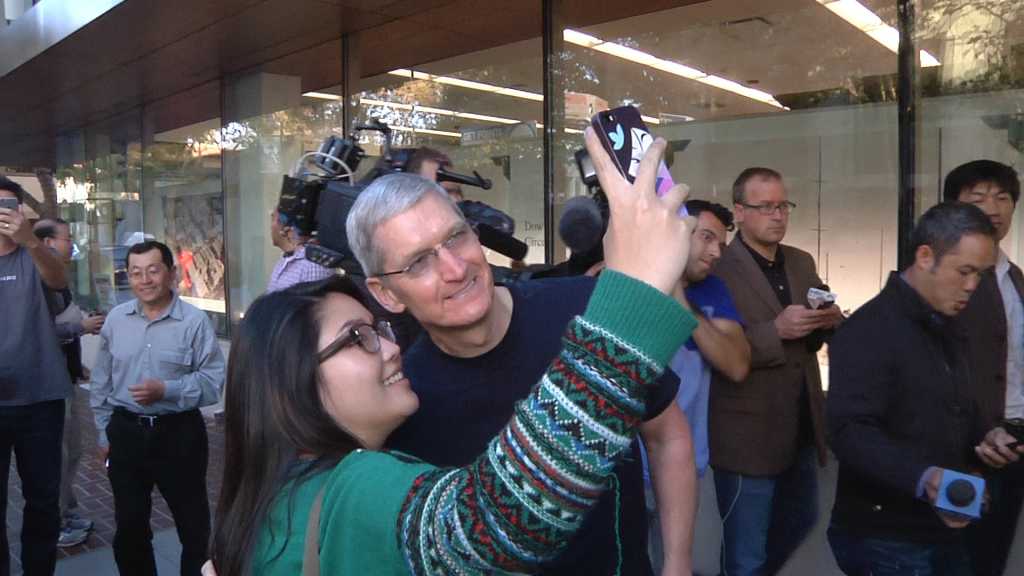 Apple CEO Tim Cook announced his arrival in Beijing, China over the weekend with a splashy debut on China’s essential social network, Weibo. The purpose of his visit: Apple’s grand new environmental initiatives, designed to put the company on track to powering its operations with 100 percent renewable energy in the coming years.

Apple on Monday said it plans to green its Chinese manufacturing facilities, an effort the company has already undertaken with its corporate offices, data centers, and Apple Stores worldwide. The company didn’t detail how it plans to cut its carbon emissions from Chinese factories, but Cook said it will take years to complete.

“Apple is in a unique position to take the initiative toward this ambitious goal,” Cook said in a statement. “It is a responsibility we accept. We are excited to work with leaders in our supply chain who want to be on the cutting edge of China’s green transformation.”

The company also launched a new project with the World Wildlife Fund to protect up to 1 million acres of working forests, which will provide fiber for Apple’s pulp, paper, and wood products and product packaging.

These latest initiatives come just three weeks after Apple announced its first solar project in China, two 20-megawatt solar farms that will generate up to 80 million kilowatt hours of clean energy per year. The two farms will help Apple close the gap on its 100 percent renewable energy goal—87 percent of the the company’s operations are currently powered by renewable energy.

Why this matters: Apple’s Chinese manufacturing partners’ factories remain a high priority for the company, particularly following a 2012 New York Times exposé on conditions in those plants. China is hugely important to Apple’s continued growth, especially when it comes to iPhone sales, so these initiatives aren’t surprising, and also fit into Apple’s larger effort to become a model corporate citizen.