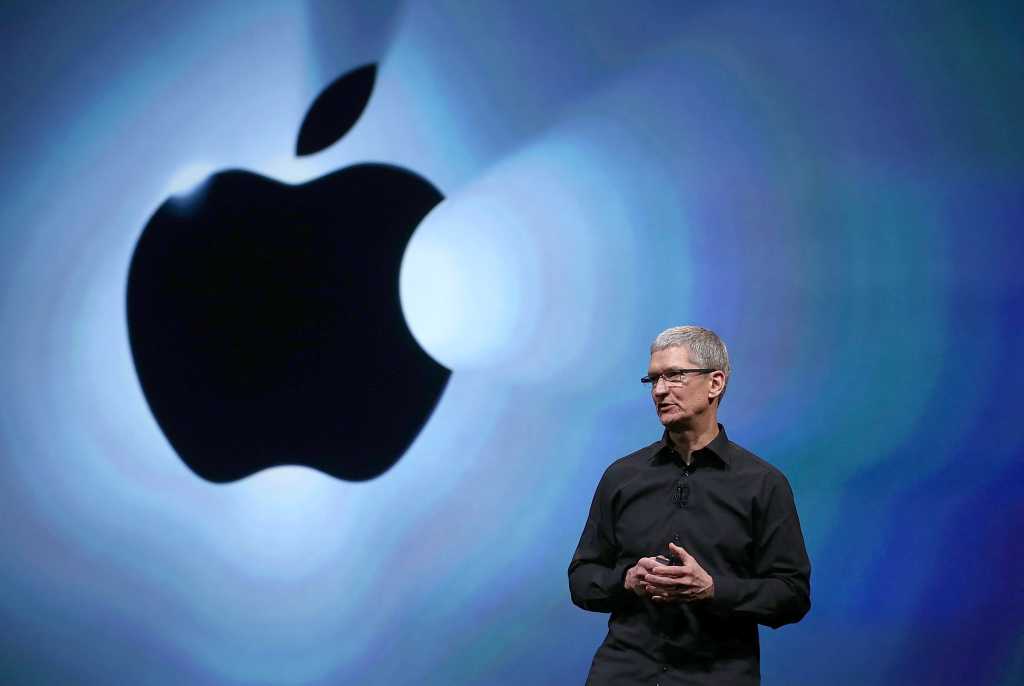 Tim Cook believes Apple has a moral obligation to protect its users’ privacy, and he’ll got to any lengths to let you know it—even if it means taking shots at fellow Silicon Valley power players like Google, Facebook, and Yahoo.

“Like many of you, we at Apple reject the idea that our customers should have to make tradeoffs between privacy and security. We can, and we must provide both in equal measure. We believe that people have a fundamental right to privacy. The American people demand it, the Constitution demands it, morality demands it,” Cook said during his speech at the EPIC civil liberties event in Washington, D.C. this week, was he was the first business leader ever to be honored.

The Apple CEO quickly took aim at the tech companies that have made billions out of selling off personal user data to advertisers—from search queries to email content to which websites we like to browse.

“I’m speaking to you from Silicon Valley, where some of the most prominent and successful companies have built their businesses by lulling their customers into complacency about their personal information,” Cook said. “They’re gobbling up everything they can learn about you and trying to monetize it. We think that’s wrong. And it’s not the kind of company that Apple wants to be.”

“We don’t think you should ever have to trade [privacy] for a service you think is free but actually comes at a very high cost. This is especially true now that we’re storing data about our health, our finances and our homes on our devices,” Cook added.

Why this matters: Tim Cook has been on a very public plight for user privacy lately. Ever since the catastrophic celebrity iCloud hacks, Apple has been bending over backwards to reassure users that the company is committed to protecting their privacy and ensuring the company’s security standards.

This is a pivotal business mission for Cook and Apple, especially considering consumer trust might be the single factor determining whether new data-storing projects like Apple Pay and HealthKit will be embraced by the public. Although who’s to say that getting your credit card information or medical history stolen is any more disastrous than having your sexy selfies floating around the web.

The Apple CEO seemed to be referring to companies like Google, Facebook, and Yahoo, who have made successful business models out of offering free services in exchange for mining mass user data and giving advertisers some of the most targeted advertising platforms on the planet. In 2014, Facebook was the fastest-growing online advertising platform, but Google was still the largest by far. Cook even gave a veiled reference to Google’s flashy new Google Photos, as possibly just another product Google might package for advertisers.

“We don’t think you should ever have to trade [privacy] for a service you think is free but actually comes at a very high cost.”

“You might like these so-called free services, but we don’t think they’re worth having your email or your search history or now even your family photos data-mined and sold off for God knows what advertising purpose,” Cook continued. “And we think someday, customers will see this for what it is.”

After U.K. newspaper The Register addressed similar concerns over Google Photos, a Google spokesperson issued this statement: “Google Photos will not use images or videos uploaded onto Google Photos commercially for any promotional purposes, unless we ask for the user’s explicit permission.”

Cook’s EPIC speech this week echoed the statements he gave to Charlie Rose last year about Apple’s approach to storing user data. “You’re not our product,” Cook said on the show.

The Apple CEO, however, has not yet publicly addressed the role of Apple’s own online advertising platform iAds, which targets advertisements based on tracking of user activity across iPhones, iPads and Apple TVs. Furthermore, advertisers can serve up ads on iTunes Radio by anonymously cross-referencing Apple users’ email addresses and telephone numbers against their own data. The Verge pointed out a helpful way for Apple users to opt out of “interest-based” ad tracking and targeting.

During his EPIC speech, Cook was adamant about his opposition to creating a secret “backdoor” key that would allow government agencies to bypass iOS’s built-in encryption and tap into iPhones.

“We have a deep respect for law enforcement, and we work together with them in many areas, but on this issue we disagree. So let me be crystal clear: Weakening encryption, or taking it away, harms good people that are using it for the right reasons. And ultimately, I believe it has a chilling effect on our First Amendment rights and undermines our country’s founding principles.”

“Weakening encryption, or taking it away, harms good people that are using it for the right reasons.”

Cook said that Apple has been offering encryption tools on iOS devices and products for years and that removing them now—as some government agencies have suggested—would be a terrible, horrible, no good, very bad idea.

“If you put a key under the mat for the cops, a burglar can find it, too,” he said. “Criminals are using every technology tool at their disposal to hack into people’s accounts. If they know there’s a key hidden somewhere, they won’t stop until they find it… We shouldn’t ask our customers to make a tradeoff between privacy and security. We need to offer them the best of both.”