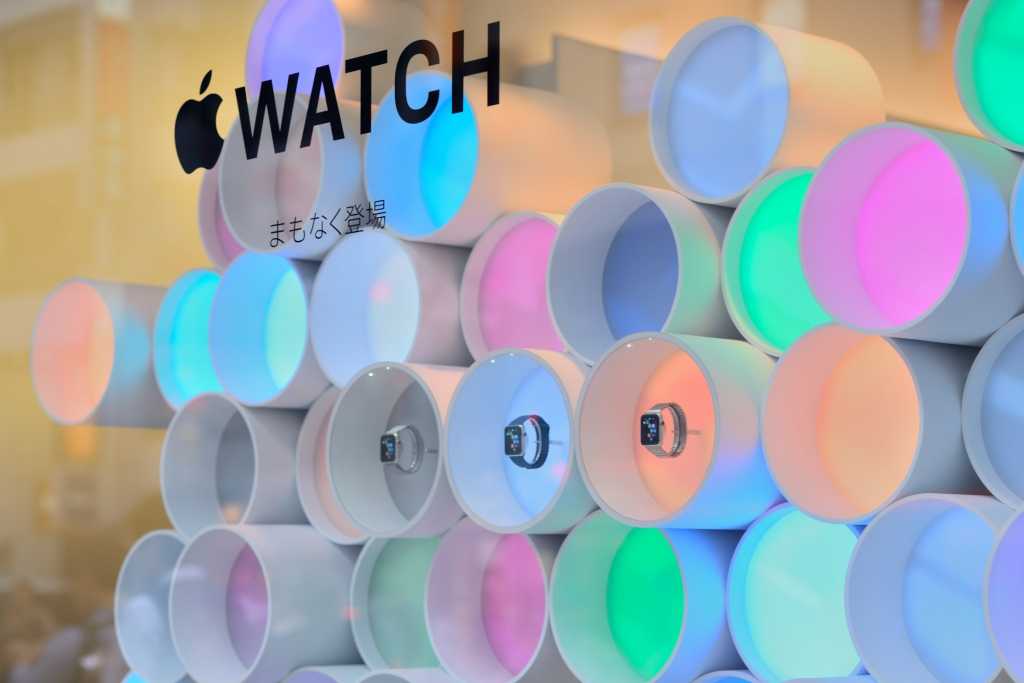 According to a new report, Apple has become the leader in the smartwatch market with the launch of a little new gadget known as the Apple Watch.

On Wednesday WatchAware reported on new findings by research firm Strategy Analytics claiming that the Apple Watch is already the “star performer” of the smartwatch industry. According to the report, in just three months, the Apple Watch has managed to capture 75.5 percent of the global smartwatch market share, shipping an estimated 4 million units to vendors all over the world.

The report also found that during that same period Samsung’s smartwatch market share plummeted from 73.6 percent marketshare down to 7.5 percent. Other smartwatch makers have also seen a decline in market share because of the Apple Watch—going from 26.4 percent to 17 percent.

”Apple Watch has clearly raised the bar for the global smartwatch industry. The ball is now in the court of rivals, like Samsung, to respond.”

The launch of the Apple Watch has had a major impact on the smartwatch market overall. The report claims that year-over-year growth for that category has skyrocketed by over 457 percent. More smartwatches were sold from April to June 2015 than all of last year, according to the research firm.

“Apple Watch has clearly raised the bar for the global smartwatch industry. The ball is now in the court of rivals, like Samsung, to respond,” Neil Mawston, executive director at Strategy Analytics, said in a statement.

Strategy Analytics compiled this report by looking at how many Apple Watches were shipped globally. While the research firm estimates Apple shipped about 4 million watches, they estimate Samsung shipped about 400,000 units.

The story behind the story: Apple has not disclose how many Apple Watches it has sold since the launch, keeping that information sealed under the “Other Products” earnings category that also includes sales of the iPod and Beats Electronics. But during Tuesday’s earnings call Tim Cook did say that the Apple Watch figures surpassed Cupertino’s expectations.

“In fact, the Apple Watch sell-through was higher than the comparable launch periods of the original iPhone or the original iPad,” Cook said during the call. In the third quarter, revenue from the Other category increased by almost a billion dollars. But Cook said not to jump to any conclusions because sales of the other products in that category weren’t so hot. Which means the Apple Watch could potentially have made up for the difference and the billion-dollar increase.