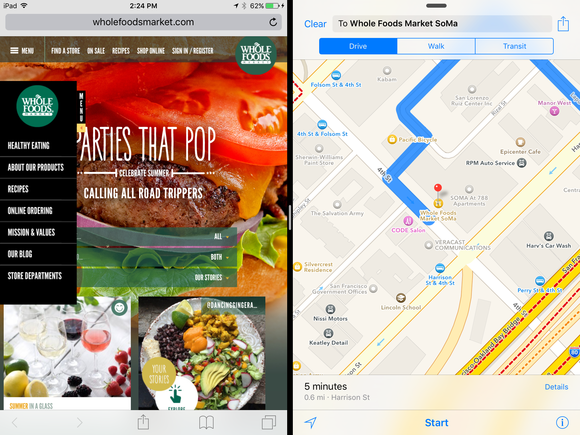 Steve Jobs wasn’t a fan of using a pen to compute, but times change, and Apple is reportedly getting ready to release a 12.9-inch iPad Pro with Force Touch stylus and brand-new Bluetooth keyboard this fall. Yes, it’s going to be massive.

9to5Mac scooped the specs two days before Apple is expected to announce the new iPad, which will be way more powerful than its entry-level little siblings. The Pro will start at 64GB of storage, a huge jump from the paltry 16GB included with smaller iPads, and there will also be an 128GB version. Hey, if you want professional computing on a tablet, you’re gonna need all that space.

It gets better. We’ve been expecting an iPad Pro for quite some time, and iOS 9 only contributed to our suspicions with its support for split-screen apps. The iPad Pro will make use of that feature with side-by-side portrait iPad apps that are full-sized, not scaled down like we’ve seen in beta versions of iOS 9 on the iPad Air 2.

The Pro will reportedly be available to pre-order in October and ship sometime in November. The stylus and Bluetooth keyboards for iPad, which will be different from the Bluetooth keyboard Apple currently makes for iPads and Macs, won’t be bundled with the iPad Pro, unfortunately—but that’s good news for Apple, who will make a bunch of cash on those must-have accessories. One keyboard will reportedly double as a case.

But if word on the street is accurate, the Cupertino company already has a full slate of announcements to make at Wednesday’s event. We’re expecting new iPhones and an overhauled Apple TV, plus release dates for iOS 9, OS X El Capitan, and watchOS 2. If Apple takes the wraps off a supersized iPad, our fingers might fall off from all the live-blogging.

Make sure to check back tomorrow at 10 a.m. Pacific/1 p.m. Eastern, because Macworld will be as close to front row as possible to bring you all the latest details on the iPhone 6s, 6s Plus, Apple TV, and maybe that iPad Pro.