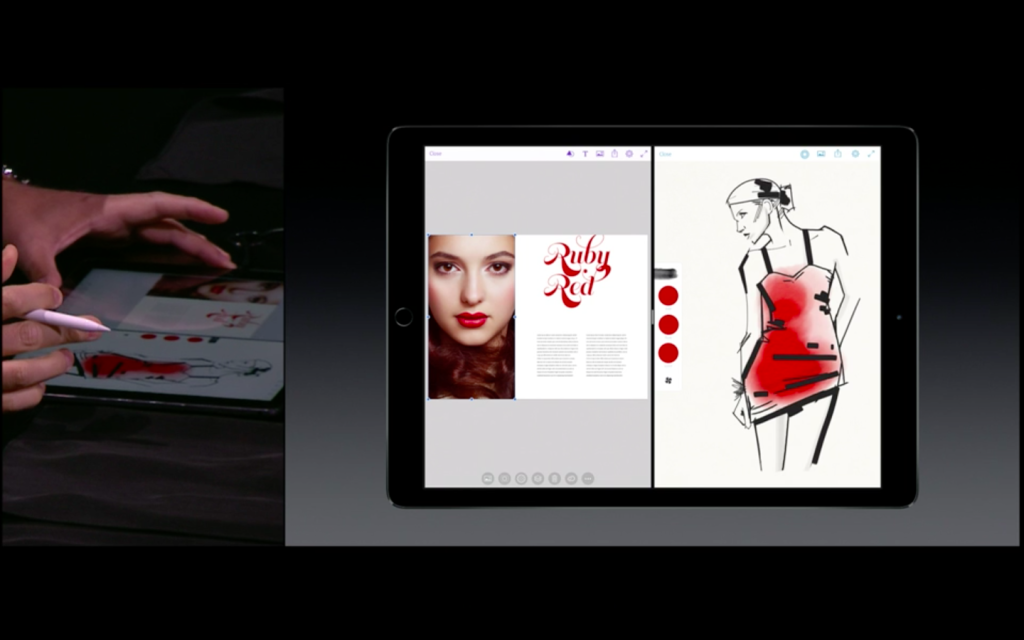 Apple doesn’t like to talk about RAM in its iOS devices, but apparently Adobe didn’t get the memo.

A press release from Adobe, touting the company’s Creative Cloud apps for the upcoming iPad Pro, said the tablet has 4GB of RAM. Adobe has since scrubbed the reference from its press release, but not before it was spotted by several blogs,  including MacRumors.

RAM is an important element in a system’s performance, as having more of it generally allows more applications and processes to run at the same time. Apple typically doesn’t list RAM on iOS device tech specs. That may be because iPhones and iPads often have less RAM than their competitors, though iOS also tends to be more memory-efficient to begin with.

An iPad Pro with 4GB of RAM, however, would be a major step up for Apple’s tablets, and tablets in general. By comparison, Apple’s iPad Air 2 has 2 GB of RAM.

It’s worth noting that John Gruber, a highly-regarded Apple writer, says he “ would wager heavily” that the iPad Pro has 4 GB of RAM. Finding out for sure shouldn’t take too long; app developers and hardware teardowns will reveal the truth once the iPad Pro launches in November.

Why this matters: While Apple’s iOS devices usually take a less-is-more approach to RAM, it would make sense for the iPad Pro to go far beyond the company’s other tablets and its iPhones. With the iPad Pro, the emphasis is squarely on getting stuff done, and making use of the multitasking features in iOS 9. If you’re running an Excel spreadsheet side-by-side with a dozen browser tabs, you don’t want a memory shortage causing slowdowns or crashes.